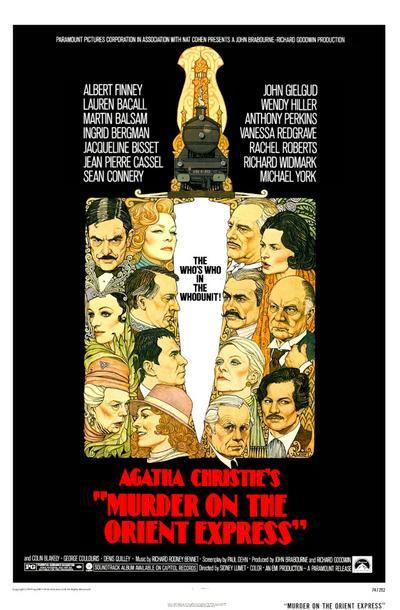 Quote:
Had Dame Agatha Christie’s “Murder on the Orient Express” been made into a movie 40 years ago (when it was published here as “Murder on the Calais Coach”), it would have been photographed in black-and-white on a back lot in Burbank or Culver City, with one or two stars and a dozen character actors and studio contract players. Its running time would have been around 67 minutes and it could have been a very respectable B-picture.

“Murder on the Orient Express” wasn’t made into a movie 40 years ago, and after you see the Sidney Lumet production that opened yesterday at the Coronet, you may be both surprised and glad it wasn’t. An earlier adaptation could have interfered with plans to produce this terrifically entertaining super-valentine to a kind of whodunit that may well be one of the last fixed points in our inflationary universe.

The new film, directed by Mr. Lumet and written by Paul Dehn, was made mostly in Britain and on location in France and Turkey. It was shot in color. It runs a bit over two never-flagging hours. And it has the kind of all-star cast that only M-G-M could have afforded 40 years ago.

Like the lovely, extravagantly overemphasized nineteen-thirties’ costumes and production designed by Tony Walton, “Murder on the Orient Express” is much less a literal re-creation of a type of thirties movie than an elaborate and witty tribute that never for a moment condescends to the subject.

Setting the tone for the film is Albert Finney’s extraordinary performance as Hercule Poirot, Dame Agatha’s Belgian detective whose smug, unflappable brilliance makes Sherlock Holmes seem like a hysterical freak. When Hercule first appears in the film, dining with dainty disgust in an Istanbul hotel, one can’t even be sure it’s really Mr. Finney, so transformed is he by black, patent-leather hair, waxed mustache, portly, middle-aged physique and a musical-comedy French accent that comes and goes, much like the accent of Hercule Poirot in Dame Agatha’s books.

The performance is made up of the sort of wildly theatrical overstatements that heretofore only Laurence Olivier, Marlon Brando and, occasionally, Maggie Smith have gotten away with. It’s a performance of exaggeration, which is fun to watch both for the goals achieved and the risks taken.

Though to a lesser extent almost all the other stars come on strong and take similar risks: Lauren Bacall as a pushy, garrulous American widow, Ingrid Bergman as a virtually psychotic Swedish nurse-missionary, Rachel Roberts as a very weird German maid, Sean Connery as a stuffy British Army officer, Jacqueline Bisset as a beautiful, preoccupied Hungarian countess, Wendy Hiller as a Russian princess and Jean-Pierre Cassel as an unlikely sleeping-car conductor.

Everyone in the film is very, very busy acting (which is about the only clue one should give about the plot), and one shouldn’t be put off by the fact that some of the actors have acted similar roles before, especially Anthony Perkins (as a possibly homicidal man of indeterminate youth), John Gielgud (as a fastidious valet), Vanessa Redgrave (as a coolly passionate English beauty) and Richard Widmark (as a ruthless American millionaire).

For the record I must say how much I also liked Martin Balsam, Michael York, Colin Blakely, George Coulouris and Denis Quilley. It’s a movie in which everyone is important to its success.

Some purposely vague details about the story: the time is the mid-nineteen-thirties, five years after a notorious case of kidnapping on Long Island (detailed in a fine pre-credit sequence), and it is set aboard the Orient Express, the crack train that went from Istanbul to Calais, with stops at Zagreb, Trieste and other points in between. The murder, which is committed the second night out, is solved by Hercule Poirot in the time it takes to dig the train out of a huge Balkan snowdrift but not before absolutely everyone has come under suspicion and all identities have been scrambled.

In addition to being the sort of mystery that treats death as a largely goreless inconvenience, an intellectual riddle to be solved as politely as possible, clue by clue, “Murder on the Orient Express” recalls that innocent, pre-Amtrak time when the Orient was still mysterious and railroad travel was full of exotic possibilities. (I suspect that because it took so long to get from one place to another on trains in those days, the places arrived at were invested with a magic that has since been lost, but that’s another subject entirely.)

My only quarrel with the film is a minor one. There is too much music on the soundtrack. Especially when the train is under way I miss hearing, loud and clear, the rhythmical, monotonous, wheel-on-rail clickety-clack that I associate with such great moments of childhood as “The Lady Vanishes” and my first overnight trip in a Pullman berth. 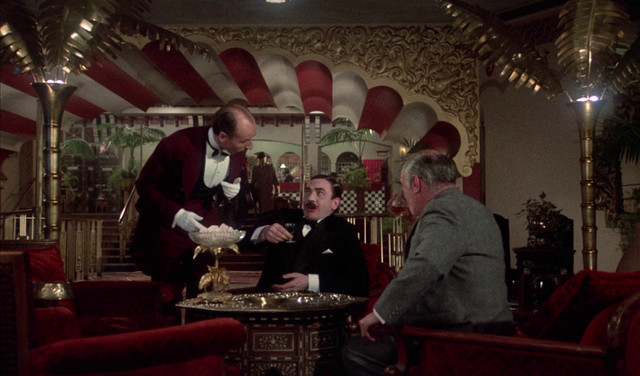 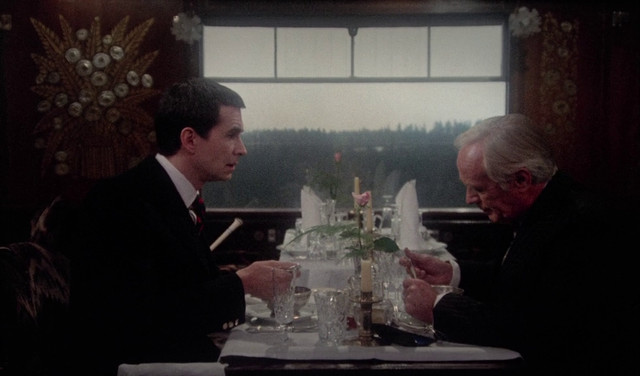 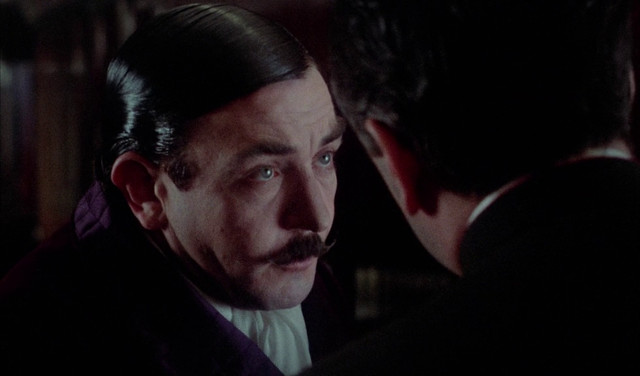 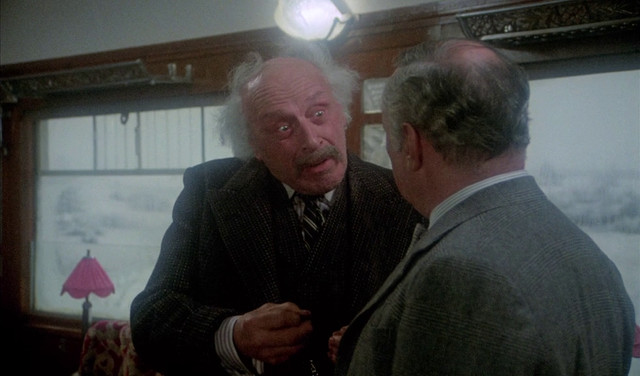 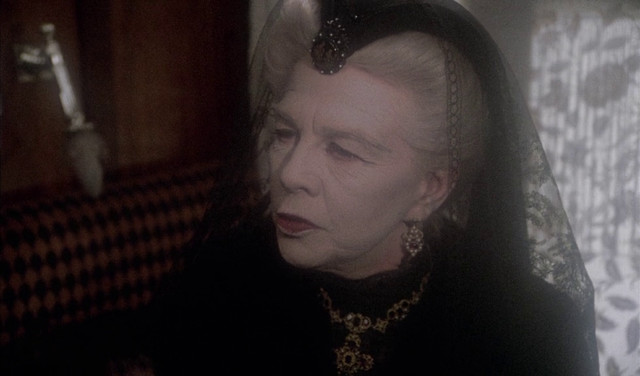 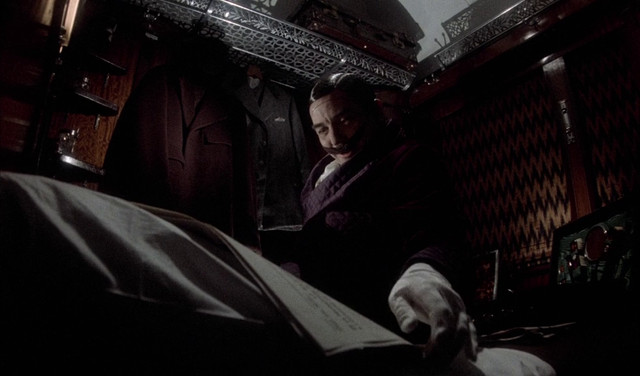