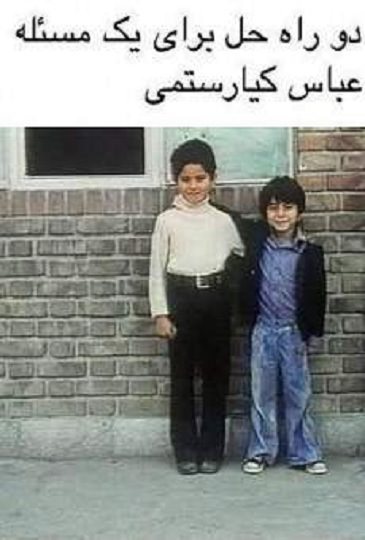 Two young boys are classmates. When Nader returns his friend’s notebook, the cover of which he has inadvertently torn, the other is faced with two solutions: either he takes revenge or the two boys look for a solution together, glue for example, and thus remain good friends. 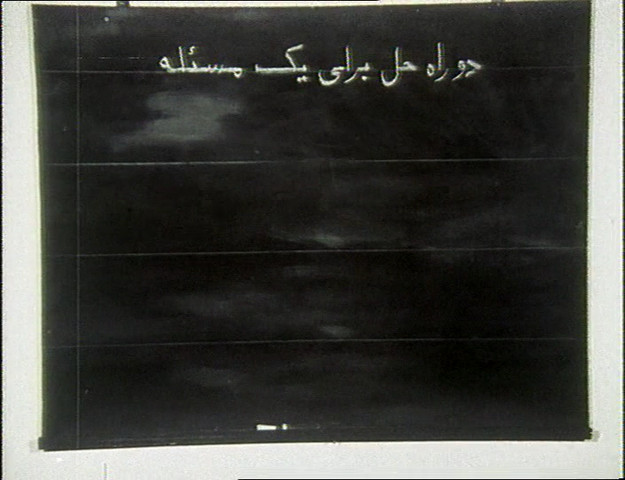 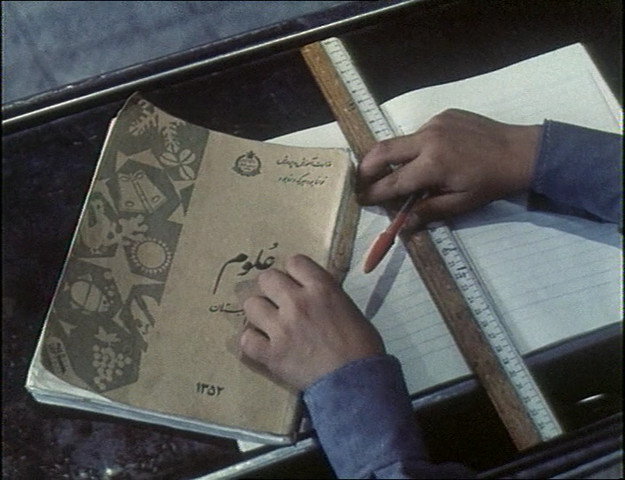 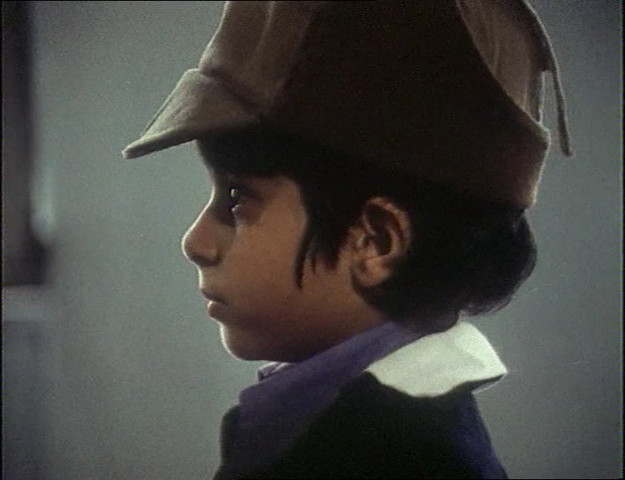 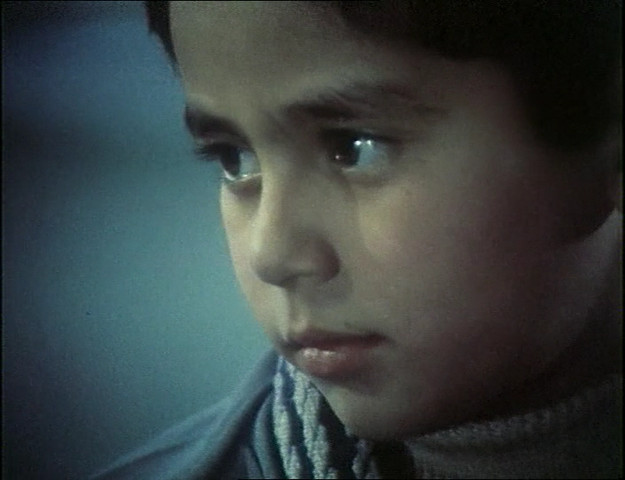 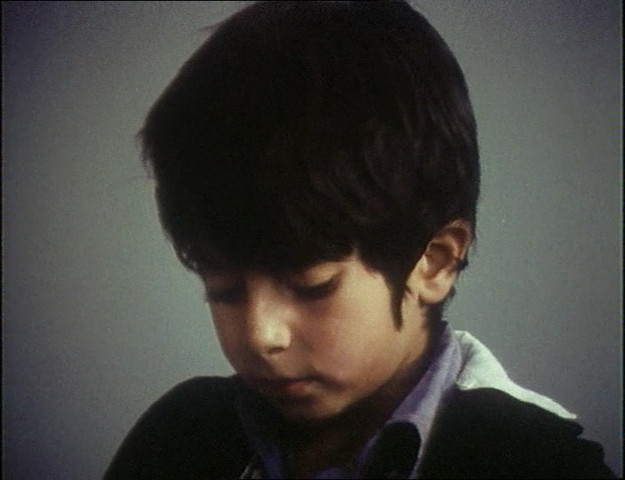 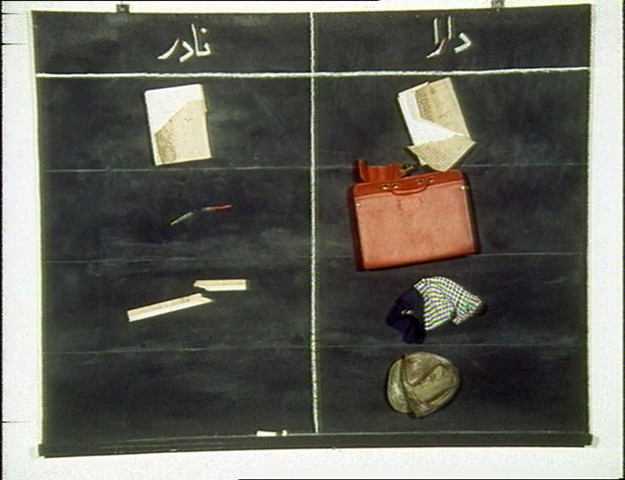 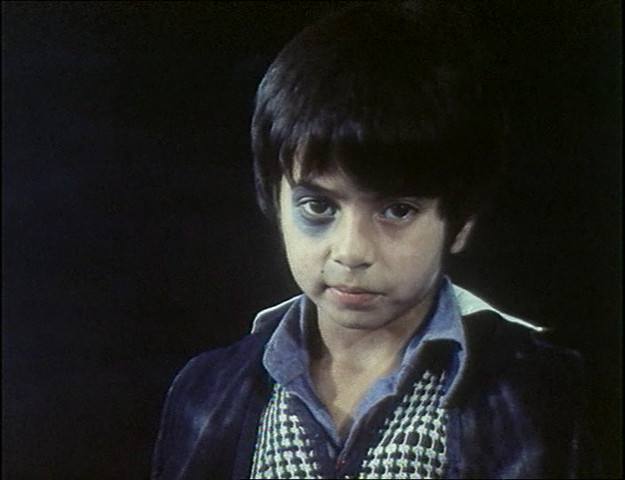 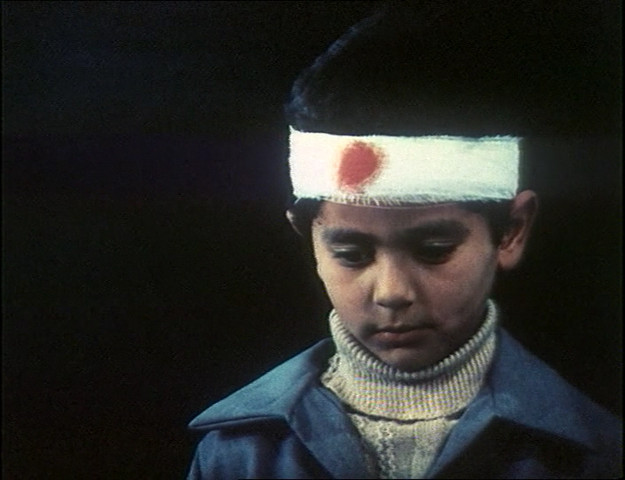 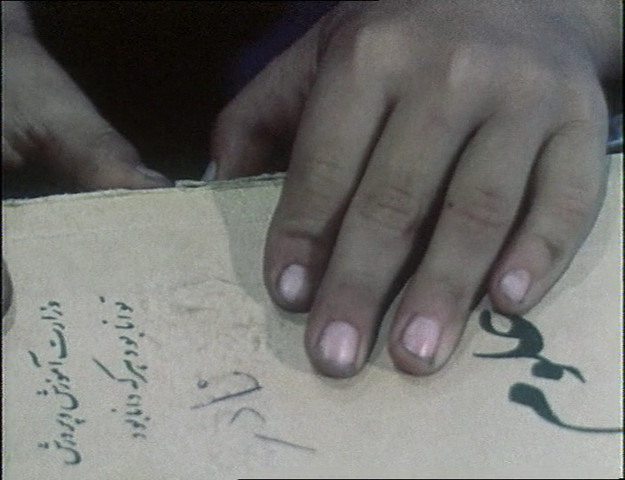 Kiarostami has not always been successful in keeping clear of the potential pitfalls that threaten his carefully balanced distance between reality and its undoing. In Do Rab-e Hal bara-ye yek Mas’aleb (“Two Solutions for One Problem,”1975), one of his weakest short films, we see him falling victim to one of the most dangerous threats to his cinema: moral sentimentalism. By and large, Kiarostami has controlled this threat and kept it at bay with remarkable ingenuity—perhaps intuitive, perhaps cultivated, one can never tell, and that is a powerful aspect of his cinema. But in Two Solutions for One Problem we see what a slippery road Kiarostami has traveled. Two classmates face the dilemma of one of them having inadvertently torn the other’s notebook. With the first solution, the “victim”would have his revenge but he prefers the second, his cooperation with the “perpetrator,” which resolves the problem and preserves their friendship. Oddly enough, in retrospect, one develops a greater admiration for Kiarostami’s cinema when one notices such occasional setbacks. For it is in films like Two Solutions for One Problem that one sees the relentless pursuit of a cinematic language in which Kiarostami emerges triumphant. Despite its structural failure and its aesthetic collapse into moral sentimentalism, Two Solutions for One Problem still bears the marks of the same type of experimentation in uncharted realms of sensibilities.What Kiarostami questions in this film—the nature of revenge as a human trait, one of the most enduring features of human hostility—he approaches through the perspective of children. Kiarostami has always sought to experiment with alternative modes of progression from identical moments of crisis. In a sense he is trying to recapture moments in cultural infancy in which tension and aggression have resulted in a particular course of action, while other modes of response have been left perilously unattended. 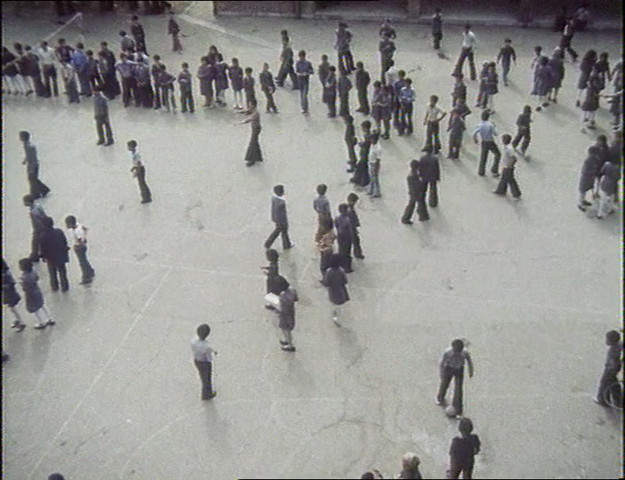