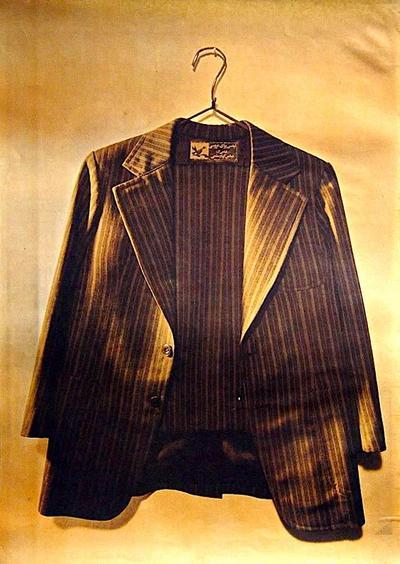 A woman orders a suit from a tailor for her young son to wear to her sister’s wedding. The tailor’s apprentice, together with two other teenage boys who work in the same building, devise a plan to try on the suit at night to see what it feels like. Things get a little complicated but in the morning, at the last possible minute, they manage to return the suit to its proper place. 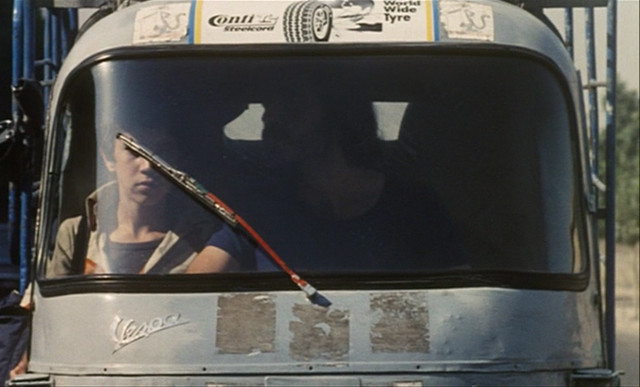 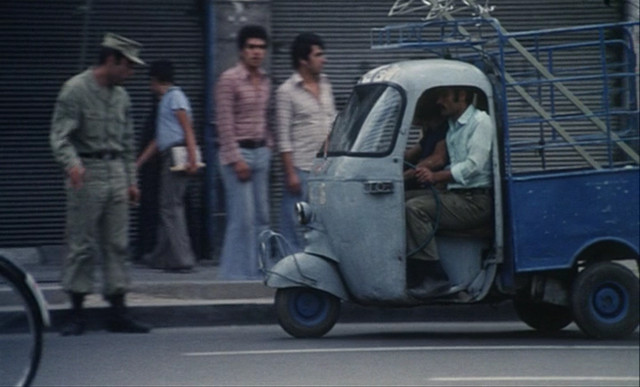 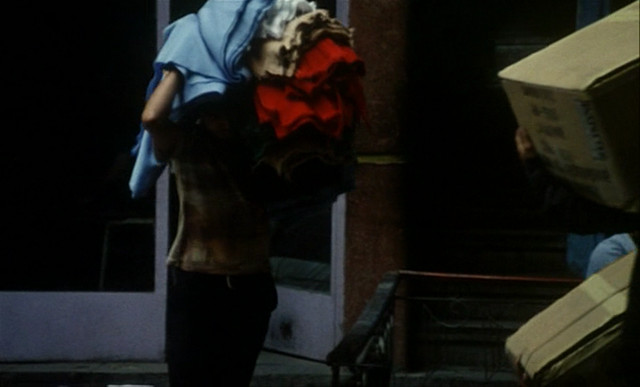 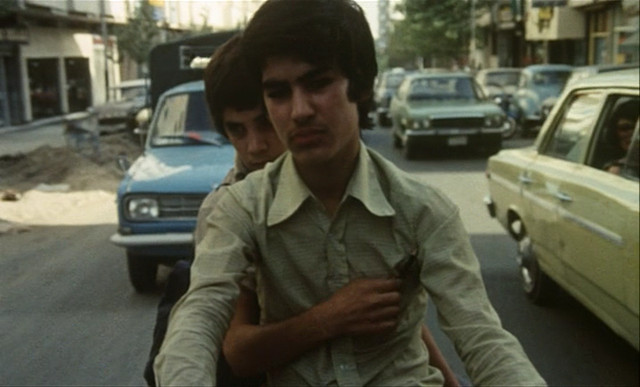 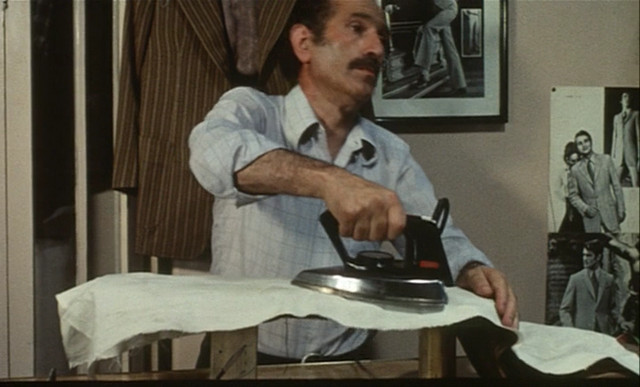 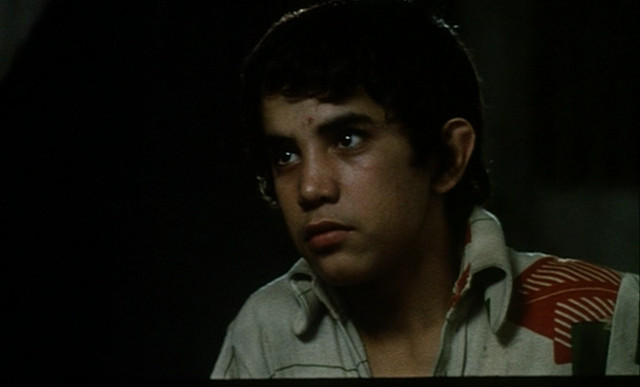 After his first feature, The Traveler, Abbas Kiarostami spent the next few years making shorter films for the state education agency Kanun. Among these is the five-minute “Two Solutions for One Problem” (1975), which teaches one of the more straightforward lessons in the director’s work for the agency. In this conflict between schoolboys, Dara borrows a textbook from Nader, but has unfortunately torn his friend’s book. The first solution, introduced on a blackboard as if it’s a mathematical problem, is vengeful: Nader breaks something that belongs to Dara, and the boys fight. In the second solution, the boys work together to mend the torn book. The vignette may be one of the most optimistic works in the director’s oeuvre.

The 15-minute film “The Colors” (1976) is Kiarostami’s most visually rich and experimental work of this period, with bright, highly saturated hues to teach children the names of colors. Even this benignly didactic piece has an element of subversion when the colors are shot out of a row of wine bottles. You can watch this and “Two Solutions” on YouTube, and while this vivid short doesn’t have subtitles, it doesn’t need them.

This isn’t the case with A Wedding Suit (1976), the relatively chatty mid-length film he made next. A middle-class woman takes her son to the tailor to order a suit for her daughter’s wedding. The tailor’s apprentice, Ali, is hounded by two working class boys, Hossein and Mamad, who want to borrow the suit and sneak it back into the shop before the clients pick it up.

As in many of Kiarostami’s films, Wedding is preoccupied with class, visually emphasized when the boys shout out to each other from the floors of the shopping arcade where the tailor has his shop. Even the middle-class boy whose suit is being made aspires for more: While his mother negotiates a price for the suit, the boy looks at a book of American clothing models. He turns the page to a photo of white-leisure suited men, with a woman in black with her arm draped over one of the men as she pours a drink into his glass. “He’ll need to know how to choose a wife,” the tailor tells the boy’s mother as the child ponders this colorful preview of the sophisticated adult world.

The adolescent dream of adulthood comes true early, if only for a moment, when Mamad, wearing the suit for one night, sneaks off to a magic show. This is his dream of how the rich live, and it’s as glamorous and mysterious as he imagined.

But reality comes back when Ali argues over the suit’s return. This is a repetitive scene that may go on for longer than it should in a 53-minute film. But as this scene continues, a bit of real-life magic (or skilled animal wrangling) appears in the form of a cat that walks past the arguing boys, then stops to rest in order to better observe these humans and their curious behavior.

The film ends as a thriller, Ali rushing to get the suit back from Mamad, whose father has beaten him for sneaking away, and get it to the shop before his boss knows what happened. A Wedding Suit is among Kiarostami’s more straightforward films, and a strong early work. 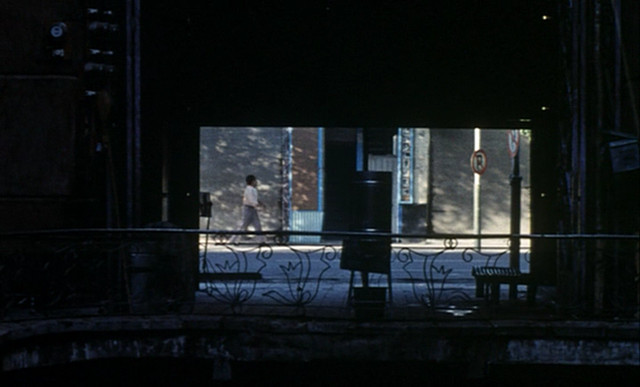 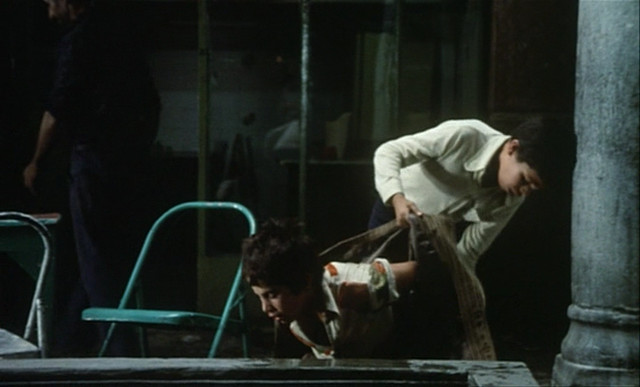 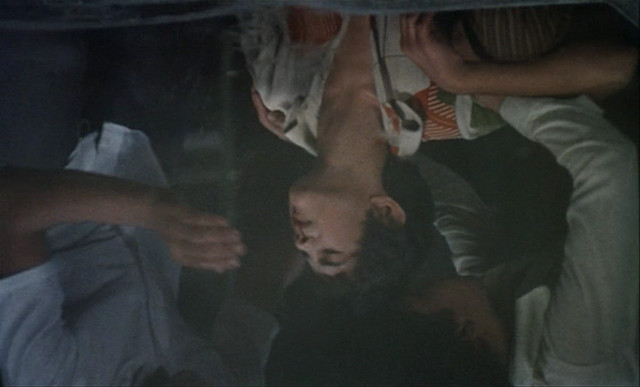 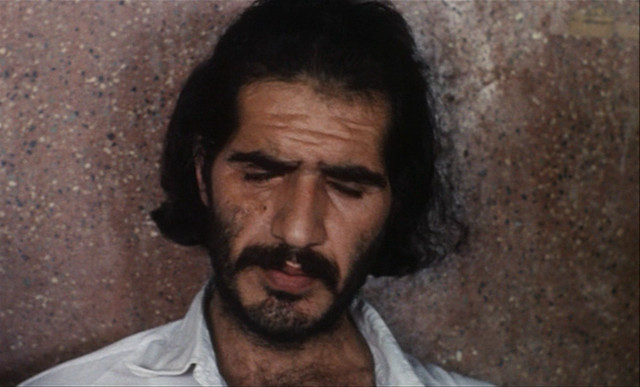 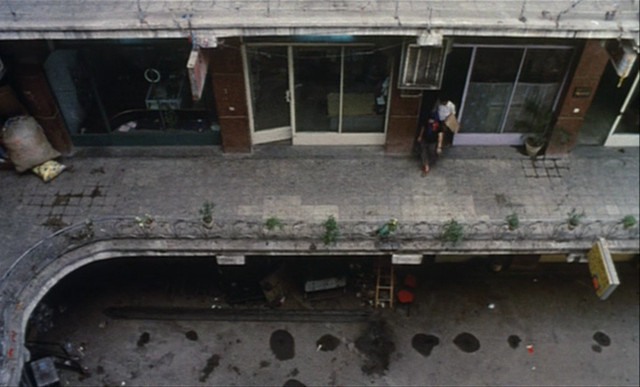 Quote:
In Lebasi bara-ye Arusi (“Suit for a Wedding” 1976), Kiarostami begins to succumb to the temptation to compare the world of children to that of adults, a comparison potentially very damaging to his cinema, due precisely to the same trap of moral sentimentality into which he fell in Two Solutions for One Problem.What usually saves Kiarostami’s cinema whenever he lapses into sentimentalism is his cultivated intuition to let his camera be guided by the jagged logic of the child’s world. In Suit for a Wedding, a young boy is taken to a tailor by his mother to have a new suit made for his sister’s wedding. While the tailor and the mother negotiate the terms of their transaction, the young apprentice of the master tailor and the boy have their own little business to attend to: how to get the boyt o try on the suit the night before it is due without getting the young apprentice fired.Whatever the technical errors of Suit for a Wedding, it marks a transition in Kiarostami’s view of the world of adults. For Kiarostami adults are finished realities, children realities in the making.