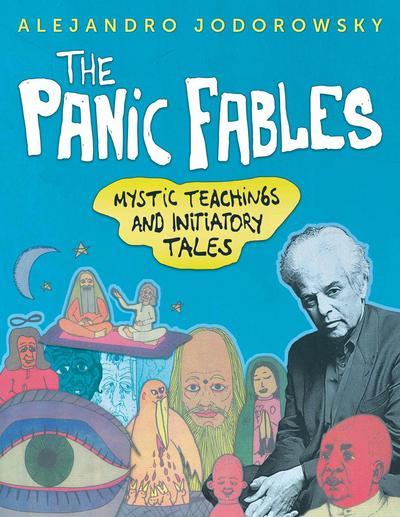 The complete series of filmmaker Alejandro Jodorowsky’s spiritual comics, translated into English for the first time

• Includes an introduction describing how the Panic Fables came to be

• Explains how he incorporated Zen teachings, initiatory wisdom, and sacred symbology into his Panic Fables, as well as himself as one of the characters

In 1967, in response to theatrical censorship rules that put him on the political “black list” in Mexico City and caused his plays and his pantomime classes at the School of Fine Arts to be cancelled, Alejandro Jodorowsky decided to pursue a new form of artistic expression to earn his living: comics. Working with his friend Luis Spota, the editor of the cultural section of the newspaper El Heraldo de México, Jodo initially planned 3 months’ worth of weekly comics, which he would draw himself. However, his “Panic Fables”–named after his early ‘60s avant-garde theater movement in Paris–were met with such insatiable popularity that he continued the series for six and a half years, from June 1967 until December 1973.

Appearing for the first time in English, this book presents all 284 of Jodorowsky’s Panic Fables in full color, along with an introduction by the author. He reveals how his first comics reflected his pessimism about the future and the meaning of life, the negativity of which soon exhausted him. He realized he needed to show the positivity that he encountered in life, and thus, little by little, he began incorporating Zen teachings, initiatory wisdom, and sacred symbology into his Panic Fables. Through this transformation and the outpouring of support from his devoted readers, many of whom cite the Panic Fables as providing pivotal guidance during their adolescence, Jodo discovered that art can serve to heal as well as raise consciousness.

Writing himself into his comics, Jodo can be glimpsed as the character of the disciple who talks with his master and, as the series progresses, gradually grows to assume the role of master, providing psychomagic solutions to the problems of everyday life. In reading the complete Panic Fables in chronological order, much like his film The Dance of Reality, we witness in colorful detail Jodorowsky’s own path of spiritual growth. 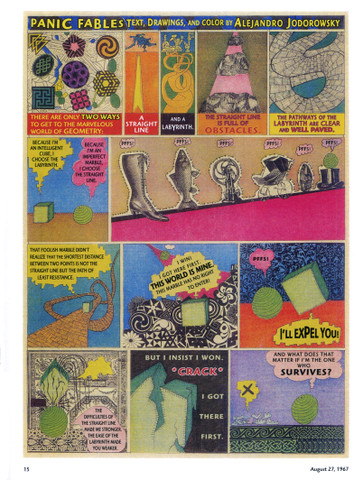 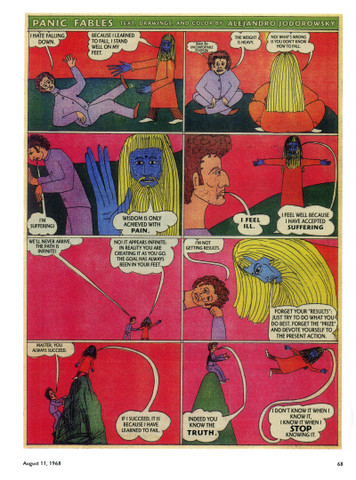 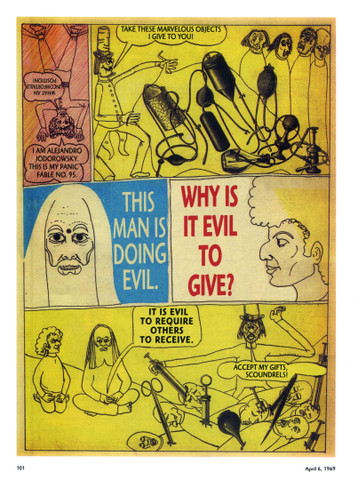