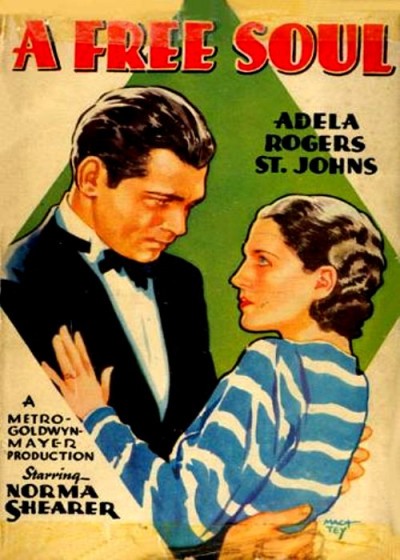 from imdb:
An alcoholic lawyer who successfully defended a notorious gambler on a murder charge objects when his free-spirited daughter becomes romantically involved with him. 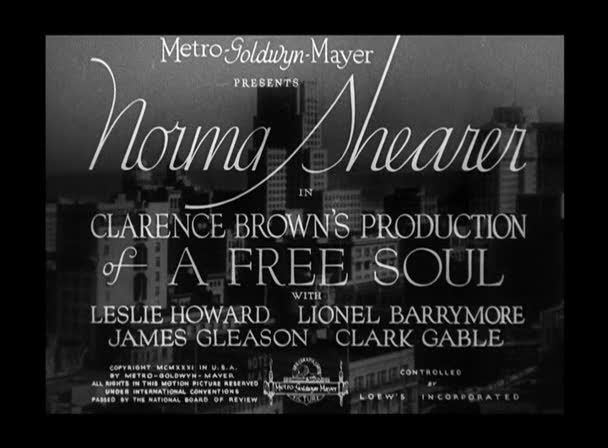 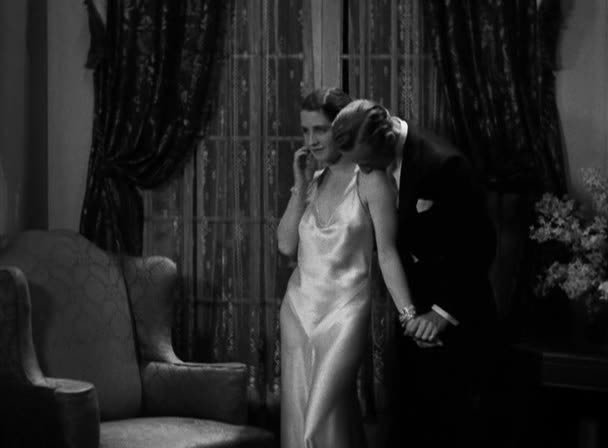 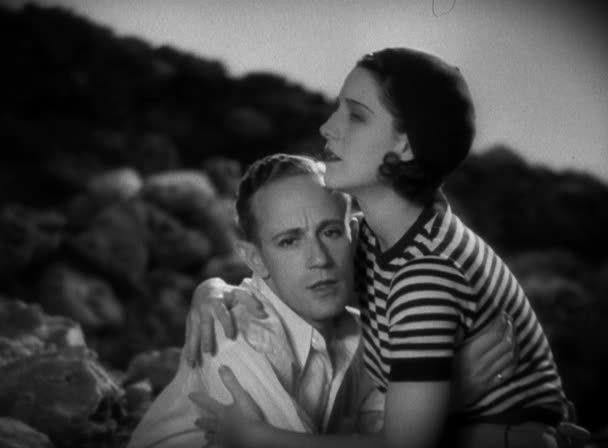 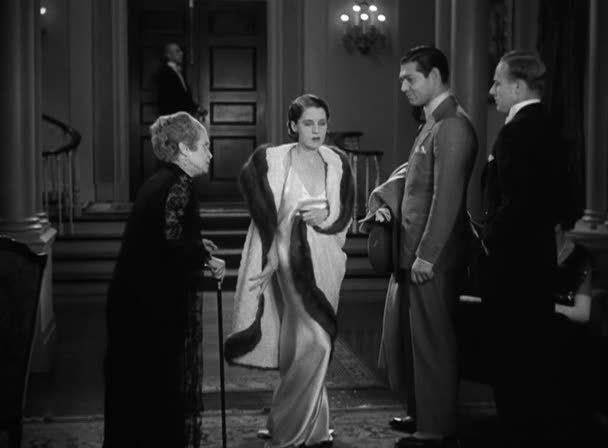 User comment from IMDB:
This pre-code 1931 melodrama has some sizzling dialogue from screenwriter Adela Rogers St. John and an uncommonly powerful cast that includes Norma Shearer, Clark Gable, Leslie Howard and Lionel Barrymore. Shearer plays Rogers St. Johns’ alter ego, Jan Ashe, the free-spirited daughter of an alcoholic attorney (Barrymore) who successfully defends mob leader Ace Wilfong (Gable) in a murder case that is eerily prescient of the O.J. Simpson criminal trial. Jan gets hot and steamy over Ace, even though she is engaged to the socially acceptable Dwight (Howard). The inevitable complications occur with alcohol abuse, gambling and murder. Although not a natural temptress like Garbo, Shearer manages to imbue her role with an effective carnality mixed with her innate nobility. Gable was in his sinister period, while Barrymore pulls out the stops as her father, especially in the climactic murder trial scene. As an indication of public acceptance of these racy films, Barrymore won an Oscar for his role here.