20th Century-Fox evidently adored “triangle” comedies like Wife, Husband and Friend; apparently so did Loretta Young, who appeared in most of these films. Young plays the wife of businessman Warner Baxter, while “friend” Cesar Romero is an amorous singing teacher who convinces Young that she has a future in opera. To show up his wife, Baxter takes lessons from diva Binnie Barnes–and as it turns out, he’s the one with the ideal operatic voice. The romantic quadrangle is resolved when Baxter makes a disastrous stage debut, whereupon Romero and Barnes exit and Baxter and Young realize the error of their ways. Wife, Husband and Friend was remade in 1949 as Everybody Does It, with Paul Douglas (of all people) as the would-be Caruso. ~ Hal Erickson, All Movie Guide 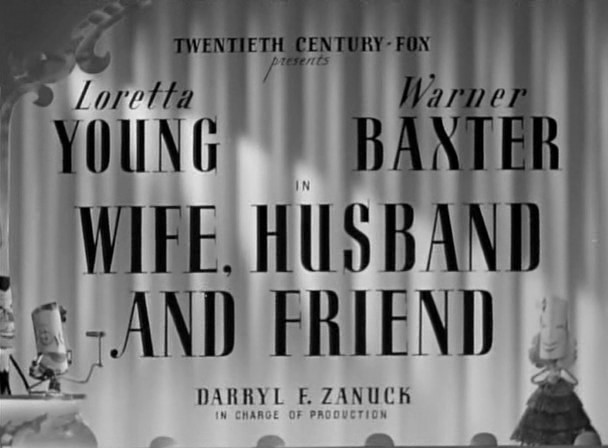 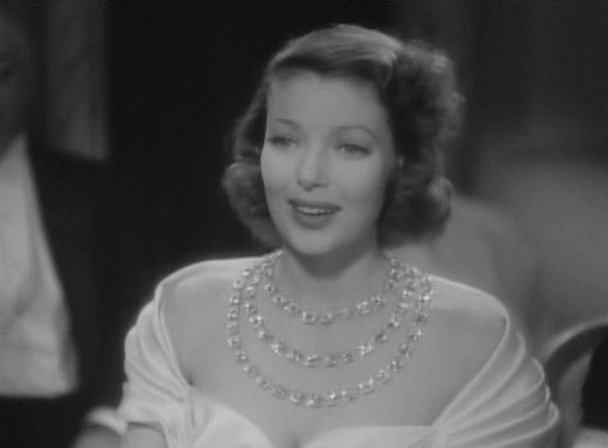 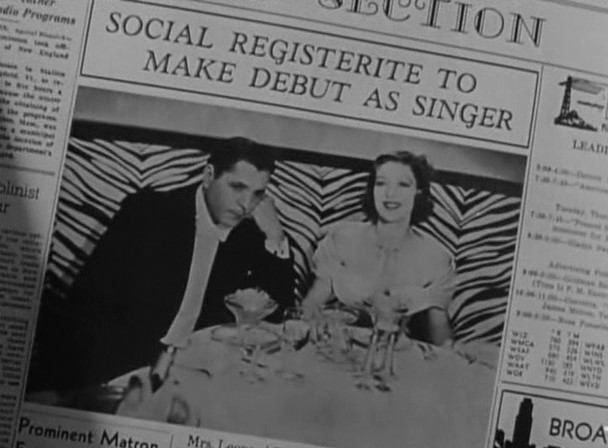 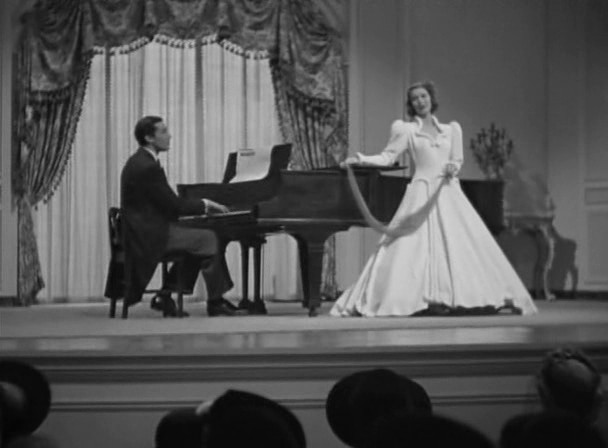 The New York Times
February 25, 1939
THE SCREEN; Buoyant Comedy Is ‘Wife, Husband and Friend’ at the Roxy
By FRANK S. NUGENT

Although it has the most discouraging title of the season—it sounds so hopeless we suspect an astute psychologist of deliberately contriving it—the Roxy’s “Wife, Husband and Friend” is a buoyant little comedy and quite the pleasantest show of the week. Its material is fresh, its writing is clever and its direction, by Gregory Ratoff of all people, is so nimble that even Warner Baxter and Loretta Young seem to be excellent light comedians. Mr. Ratoff must have put a Russian “conjur” on them all.

It seems that Doris Blair Borland has the old Blair taint: she wants to be a singer. Her grandmother had run away from home to sing in Richmond in 1861. The result of that, Major Blair reminds the worried Mr. Borland, was the Civil War. Her mother gave an annual concert for twenty-three years; no matter what day it fell on, they called it Black Friday. Mr. Borland, whose contracting business wasn’t what is used to be, did his husbandly best to convince Doris that her voice was not the kind to mortify the nightingales: shocked surprise would be more like it. But Mrs. Borland, and her mother, insisted upon following their star.

Then, to complicate matters, Contractor Borland discovers that he, too, has a voice, a glass-shattering baritone which previously was known only to his bathroom. A blond soprano—call her Binnie Barnes—suggests that he give it to the world and employ it, when the moment comes, as a counter-attack to his wife’s anti-musical campaign. What happens thereafter is the picture’s business, and a comically flourishing business it is, with Mr. Borland romping across a concert stage and plowing through an opera, with Mrs. Borland having tantrums and Major Blair bellowing “Musicians! Give ’em no quarter! Shew ’em no mercy!” It’s good fun all the way through. 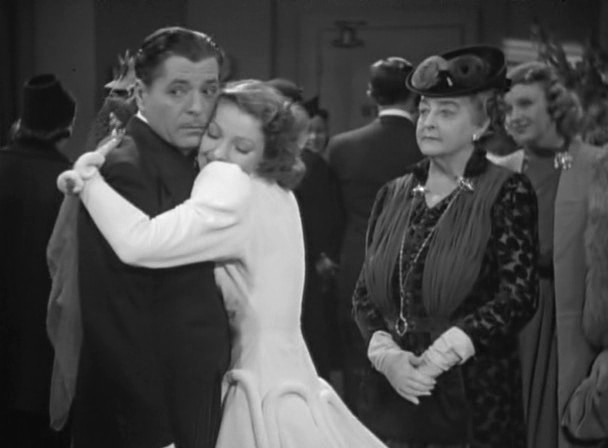 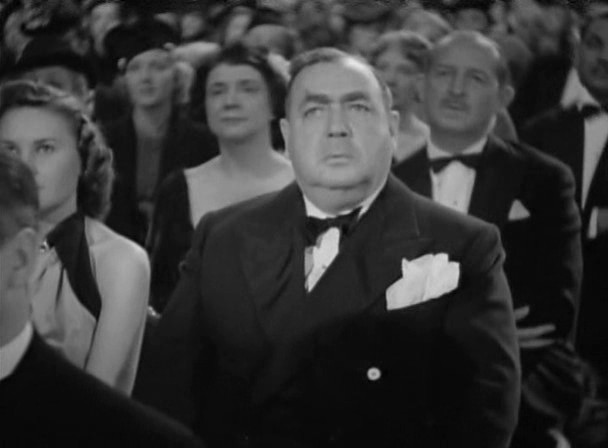