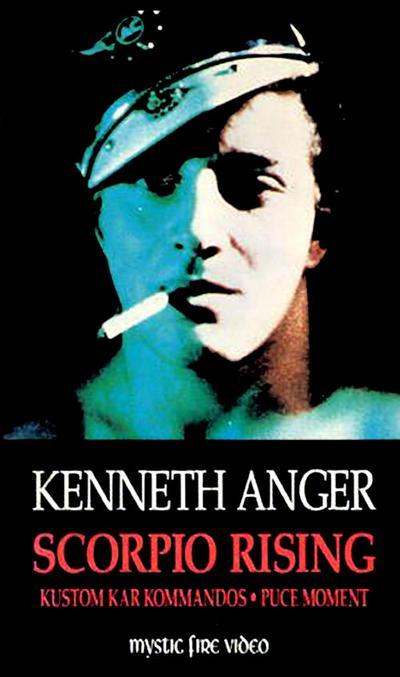 Quote:
Scorpio Rising , a landmark in the American underground film, confirmed Kenneth Anger’s reputation as a major talent and, at the time of its release, created a stir which reached from the pages of New York’s Film Culture to the courts of California, where it was judged obscene. It is testimony to the film’s aesthetic power that 20 years later it continues to shock and dismay as many viewers as it amuses and exhilarates through its artfully subversive reinterpretation of the American mythos.

A product of the period which produced Andy Warhol’s Brillo boxes and Roy Lichtenstein’s comic-strip canvases, Scorpio Rising is a pop-art collage of found artifacts which submerges itself in the chrome-and-leather, skull-and-swastika iconography of the motorcycle cult that provides its subject. (Anger shot many scenes using an actual Brooklyn biker’s club.) Yet, almost instantly, the film extends these symbols of machismo to include the entirety of American culture via the re-reading of its popular imagery. Structured around 13 “top forty” songs from the period in which it was made (1962–63), Scorpio Rising mounts a dialectical collision between images and music to reveal the strains of romanticized violence, morbidity and homoeroticism just beneath the surface of “Dondi” and “Li’l Abner,” of Brando’s and Dean’s rebels, of hit tunes by Rick Nelson, Elvis Presley and Martha and the Vandellas. The juxtaposition of the Angel’s “My Boyfriend’s Back” with shots of a biker working on his machine, for example, not only suggests the violent eroticism and fetishization inherent to the cycle cult, but reveals the open brutality of the song’s lyrics as well, implicating the whole civilization in its imagery of obsession. And when Anger plays Bobby Vinton’s “Blue Velvet” over a loving tilt up a biker’s jeans as he zips his fly, the effect is both erotic and a savage parody of eroticism as it is packaged by the culture industry.

Scorpio Rising ‘s short-circuitry of traditional readings of familiar objects ultimately represents the joyous celebration of the dawning of the Age of Scorpio, the erratic astrological sign associated with chaos, and the concomitant downfall of the ascetic and repressed reign of Christianity. In the film’s most notorious juxtaposition, Anger poses this cosmological convulsion by a clever intercutting of a black-and-white Sunday School movie of the last days of Christ (set, in part, to the Crystals’ “He’s a Rebel”) with profanely contrasting scenes from a biker’s “Walpurgisnacht.” The multiple layering of subversive associations generated by Anger’s various techniques of collision provides the basically non-narrative means by which Scorpio Rising drives toward its disturbing, yet cathartic conclusion. It is a method equally explicit in his punning description of the film as “A conjuration of the presiding Princes, Angels and Spirits of the Sphere of MARS, formed as a ‘high’ view of the American Motorcyclist. The Power Machine seen as tribal totem, from toy to terror. Thanatos in chrome and black leather and bursting jeans.”

Clearly, Scorpio Rising has had its influence, from the found-footage collages of Bruce Conner to the pop-flash sound and color imagery of American Graffiti . Yet the film remains one of a kind in terms of the immediacy and savagery of its critique. Anger’s manipulations of the culturally overloaded imagery of Nazism, sado-masochism, and the occult finally result in a film which refuses to conform to any dominant, edifying reading whatsoever—an almost unparalleled achievement which should earn Scorpio Rising an enduring place in the artistic annals of the 1960s, a decade remembered for the challenges it posed to ruling ideology. 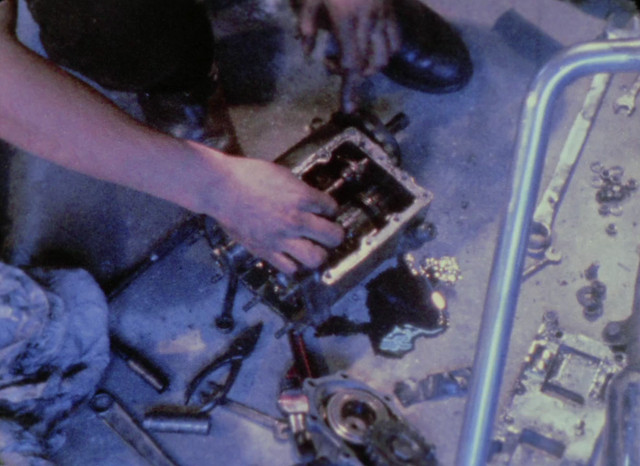 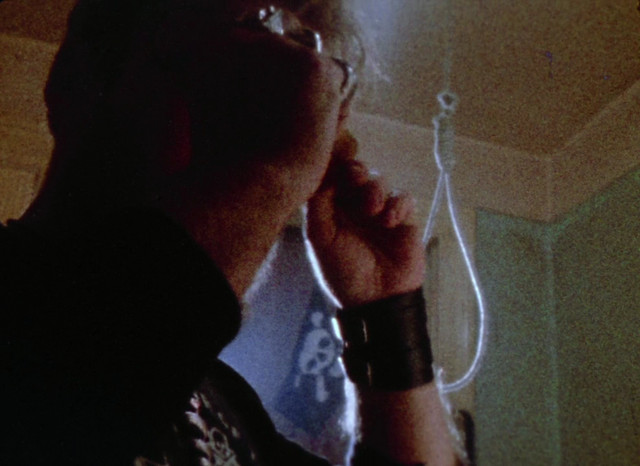 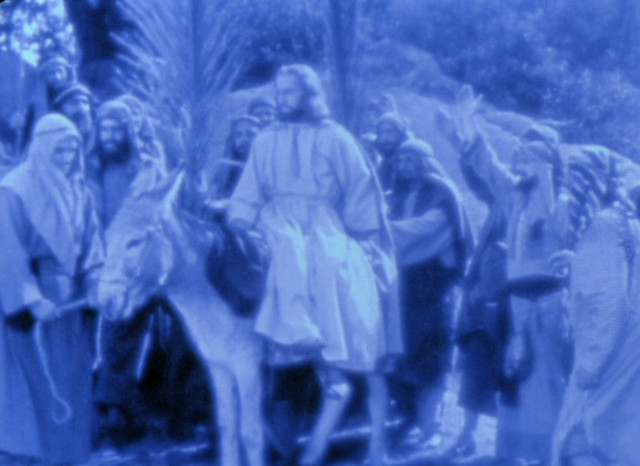