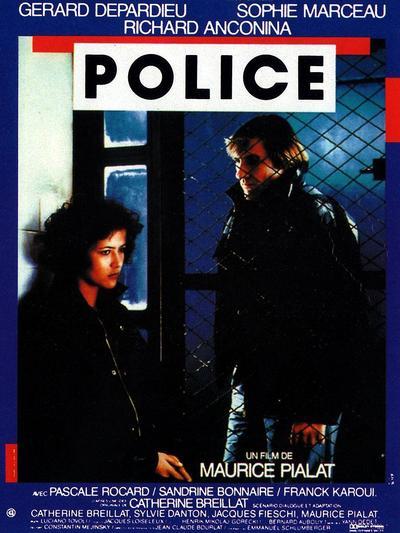 Quote:
A moody, jaded police detective, while investigating a drug ring, falls for a mysterious woman and is drawn into a shady and dangerous scheme. 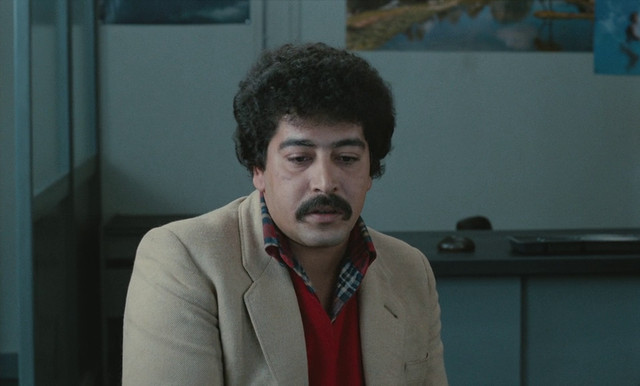 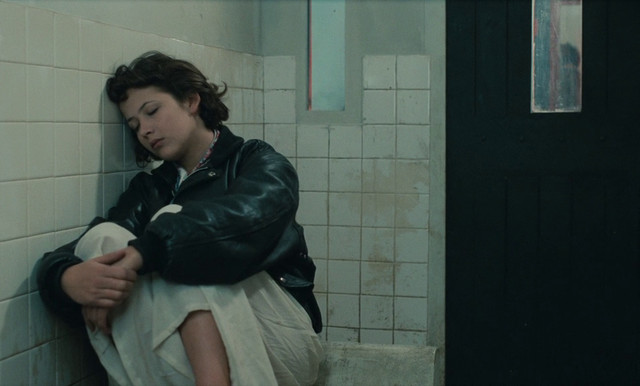 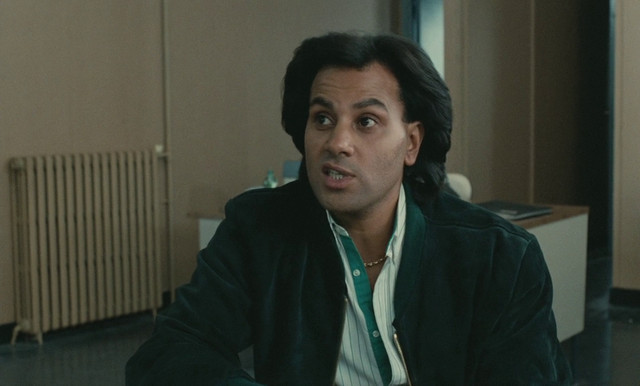 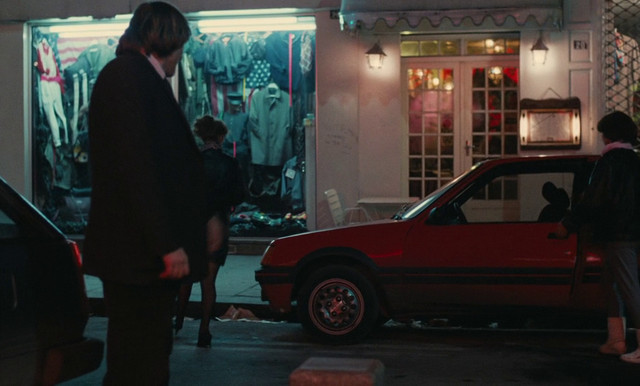 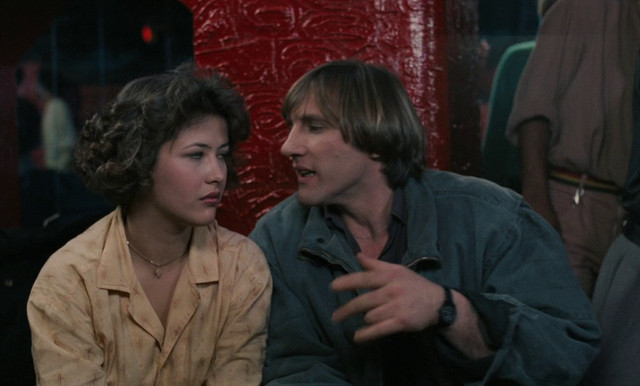 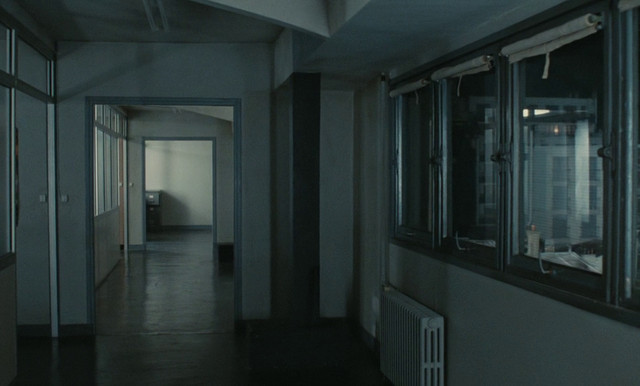 In a contest for unfussy opening credits, Maurice Pialat’s Police would definitely be in the running for a major gong. Consisting of just the single word title in large white type on a metallic background, it has no musical accompaniment and is on screen only long enough for slower viewers to read it before cutting unceremoniously to a mid shot of an uncomfortable-looking individual who, it is revealed after several silent seconds, is in the process of being interrogated by impatient police detective Louis Mangin (Gérard Depardieu). It’s the Pialat style in essence, a no-frills approach that strips the standard police drama of its fat and announces from the off that the film is more interested in character than the mechanics of plot.

The suspect in question is Tarak, a Tunisian petty criminal who’s being pressured by Mangin to give up information on fellow countryman Simon (Jonathan Leïna) and his cohorts, a family group who are receiving legal representation from cheerful, good-looking lawyer Lambert (Richard Anconina). Trust and relationships are key to what unfolds. Lambert, it is quickly revealed, is on of Mangin closest friends, a borderline attraction of opposites for the suave defence lawyer and the more brutish detective. Both ultimately form a bond with young Noria (Sophie Marceau), the girlfriend of the quickly arrested Simon. Despite their releationship, Noria remains an outsider to Simon’s family, who neither like nor trust this non-Tunisian and threaten her with dire consequences if she betrays Simon while he is in jail. As an act of faith she allows them access to her apartment, a move that later backfires on her but is later echoed when Mangin gives her the key to his own place to temporarily remove her from danger, a decision that will have consequences for his friendship with Lambert.

Despite the casting of established actors in key roles, Police shares with Pialat’s early work a strong sense of naturalism, and like his striking debut feature L’Enfance-nue, information on the central character emerges through conversation and encounter rather than scripted introduction. We’re halfway into the film before we learn some crucial information about Mangin’s family, which is casually revealed to a prostitute he is cheerfully showing around his apartment.

As a police procedural, the film is true to the spirit of that sub-generic description in the screen time given over in the first half to simply observing interrogations, sequences that run for longer than you’d usually expect and without the dramatic plot reveal kick of L.A. Confidential or the compelling character interplay of the box scenes in Homicide: Life on the Street, both of which Pialat’s film pre-dates by some years. This is everyday police work rather than the exceptional or sensational, long and sometimes frustrating interviews with uncooperative suspects that lead to only further arrests and interviews, with the more explosive action restricted to two immaculately executed but over-in-a-flash arrest raids and a brief street shooting.

This focus on the routine, lack of dynamic incident and absence of a strong thriller element is likely to leave some fans of this particular sub-genre a little wanting, but as a character study and an exploration of the dogged determination and casual rule-breaking that is sometimes required to crack a case, it makes for surprisingly compelling viewing. Pialat reverses the standard narrative rule of having the characters drive the plot by using the plot to drive the characters – we’re not exactly encouraged to fret about the outcome of Mangin’s investigations, and there’s even a feeling that the whole investigation is actually a MacGuffin, only there at all to secure the required film funding and allow Pialat to go his own intriguing way with the story and characters.

The turning point occurs in the final third, where the film all but dumps the police procedural element to explore the sensitive underside of Mangin’s seemingly bullish persona, a style switch that has found as many detractors as admirers. Certainly there’s an element of cliché to this – filmmakers are fond of telling us that inside every brute there lies a kind and sensitive man who just needs to find the right person to open up to – but the handling and performances still sell it as real. It’s this truth that so effectively drives and textures the film, and as previously with Pialat there’s often the sense that we’re watching real people going about their real business, with the performers once again encouraged to improvise around a script whose writing sounds like a story in itself (watch the disc supplements and read the accompanying booklet for more on this).

The presence of acting heavyweights Gérard Depardieu, Richard Anconina and Sophie Marceau may take the edge off the almost documentary naturalism of the station scenes, but this is balanced by what they bring to their roles as actors – Depardieu in particular is a ball of cheerful physicality (his scenes with Anconina are particularly engaging), but well able to make that vulnerable side both believable and, in the extraordinary final shot, genuinely touching.

So does all this make Police a good film or a great one? It certainly depends who you ask. There are some who have greeted the film and this DVD release with the awe and enthusiasm of the discovery of the Holy Grail, while widely respected writer Paul Attanasio (he of Donnie Brasco and the aforementioned Homicide) is one of a notable few who feel the late story direction shift was a mistake. I sit somewhere between the two, unwilling to label the film as the masterpiece some believe it is (feel free to disagree), but entranced by the performances, the naturalism, and the plot and character detail, and I’m willing to go with the familiar aspects of that direction shift because the actors do such a damned fine job of selling it. Pialat’s generic rule-breaking and semi-documentary approach also helped pave the way for many key works to come, including the one I still regard as the genre’s finest, Bertrand Tavernier’s superb 1990 L.627.