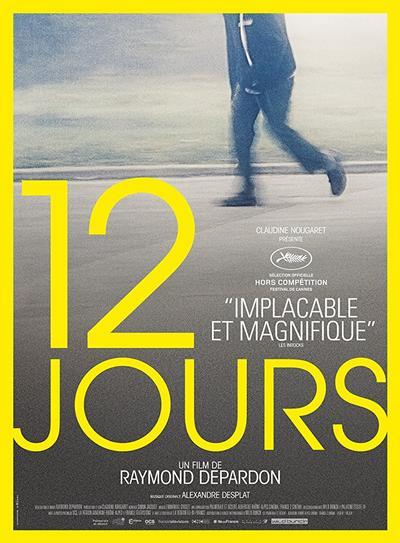 Quote:
A young woman stares across a table at the judge who is reviewing her case. Her gaze is both searingly intense and curiously blank. Holding herself preternaturally still, muscles tensed against the turmoil of emotions, she pleads to see the two-year-old daughter who has been removed from her care. “Not all the time, I accept that. But just to change her diaper, to love her.” If there’s a more achingly sad moment in any film of the 2017 Cannes film festival, it’s hard to imagine what it could be. For 12 Jours, veteran documentarian Raymond Depardon (Modern Life, Journal de France) turns his lens on to the desperate, broken souls of the patients who have been involuntarily committed into the care of a Lyon psychiatric institution.

By French law, anyone admitted into the hospital without their consent must be seen by a judge within 12 days. The cases of long-term patients are also assessed on a regular basis. The patient, accompanied by a lawyer, sits on one side of a table in a hospital office; the judge on the other. And the conversation between them will determine whether they can be allowed to take personal responsibility for their own liberty.

Depardon protects the identities of the subjects by changing their names and other details, but their faces are shown. The extraordinary level of access and intimacy begs the question, if someone is not deemed fit to leave a psychiatric ward, can they really agree to participation in a documentary? It’s a legal and moral conundrum and it is part of a larger issue which looms over any factual film which focuses on the most vulnerable members of society. However empathetic the approach and honourable the intent, questions of consent and the spectre of exploitation lurk at the edge of the frame.

Moral questions notwithstanding, this is a remarkable piece of work. A brittle woman, voice choked up by the tears that fall as soon as she starts to talk, is stretched to breaking point by her work. She is glad to stay in the hospital, acknowledging that she needs to heal. “I’m an open wound,” she gasps.

All the other patients ask to leave. One, a young woman hollowed out by a lifetime of loneliness, wants to go home to kill herself. Another says he has a political party to start, funded by Bernie Sanders, which is going to “wipe out psychiatrists”. Another, a hollow-eyed 20-year-old man who slurs through a list of paranoid delusions in agonising slow motion, ends the interview with a promise to become a professional footballer when he gets out. The camera rests on the face of the judge for a moment as he looks into a future which is likely to include many things, none of which will be professional soccer.

The distressing momentum of scrutinising shattered psyche after shattered psyche is broken up, firstly by slow shots that roll through the corridors of the hospital like a gurney, and secondly by three sections of wrenchingly lovely music, composed by Alexandre Desplat. It’s a quietly devastating film.