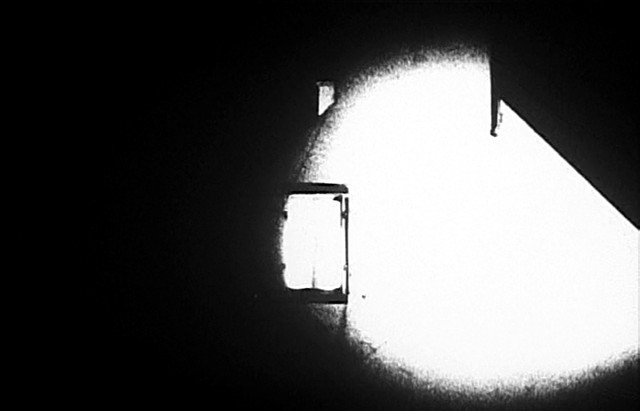 “I had the idea to call my film ICI ET MAINTENANT, because the cinema is exactly the contrary of the here and now. The cinema is always elsewhere and before…It seemed important to rediscover the magic of the present, that is the here and now. I wanted the spectator during the film to return to himself and thus not to participate in the usual process of identification where he is able to escape from himself” (Serge Bard). Emblematic of the Zanzibar movement’s youthful, revolutionary zeal, the title of Bard’s film ICI ET MAINTENANT is a “seize the day” clarion call, fitting for a generation who sought to change the world. Shot in Brittany, with Caroline de Bendern and Olivier Mosset who were lovers at the time, and no script, the film took as its subject the idea of “contestation .” With its loose, radicalized narrative, and hyper-aestheticized flamboyance, ICI ET MAINTENANT depicts a series of symbolic attacks against society and an atomic factory threatened by sketchy characters. This was the final film Bard made before decamping for Africa and clandestinely converting to Islam, expeditiously sending his film crew, many of whom had worked on ICI ET MAINTENANT, back to Paris, bewildered. 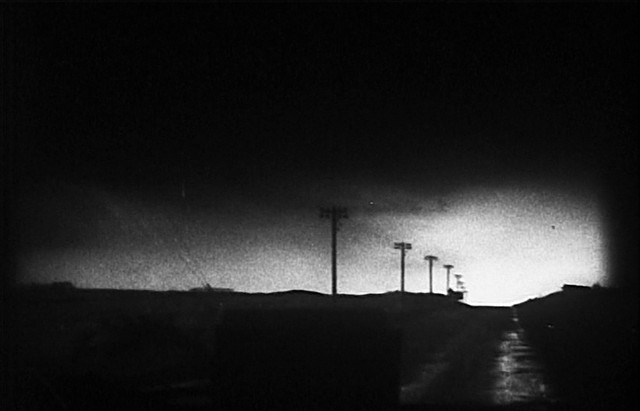 “A disavowal of the overtly political is also evident in the two films that Bard made following Détruisez-vous, in which he put aside bullet-point plans in favor of aesthetic research. Filmed by the renowned cinematographer Henri Alekan (who had worked on Jean Cocteau’s Beauty and the Beast, as well as relatively mainstream movies like Roman Holiday), Ici et maintenant (Here and Now, 1968) and Fun and Games for Everyone (1968) exploit the kind of highly graphic image that the designer Roman Cieslewicz had popularized in the influential leftist journal Opus International … ”

from: Sally Shafto. No Wave. Artforum International, May 1, 2008 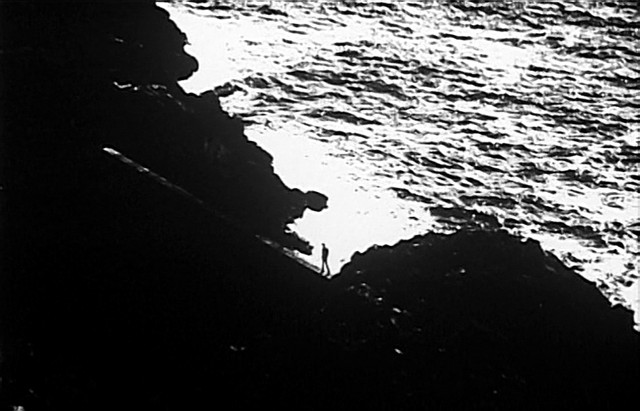 Quote:
In 1968, Serge Bard made three films in a row. They were DÉTRUISEZ-VOUS (DESTROY YOURSELF), FUN AND GAMES FOR EVERYONE and finally, ICI ET MAINTENANT (HERE AND NOW). The latter film was photographed in striking black and white by cinematographer Henri Alekan (who also shot Cocteau’s LA BELLE ET LA BETE). In the laboratory, the director and cinematographer had the film flashed so as to create a high-contrast, grainy, abstract and luminous image when projected onscreen.
Shot primarily in long takes on the Pointe du Raz in Brittany, ICI ET MAINTENANT (HERE AND NOW), according to fellow filmmaker Patrick Deval, “consists of the dreams of the solitary rambler, post-revolution… The moralist has given up on chaos; he takes his own pulse; he listens to the world, perhaps vibrating with it; he is in sympathetic ecstasy. The filmmaker holds his position, stiff as the statue of the commander, on alert for the phenomena which approach him; he resembles the lighthouse whose rectitude Bard captures magnificently, on an ink-dark night, with its hallucinatory lamp set against a background of winds and tides.” 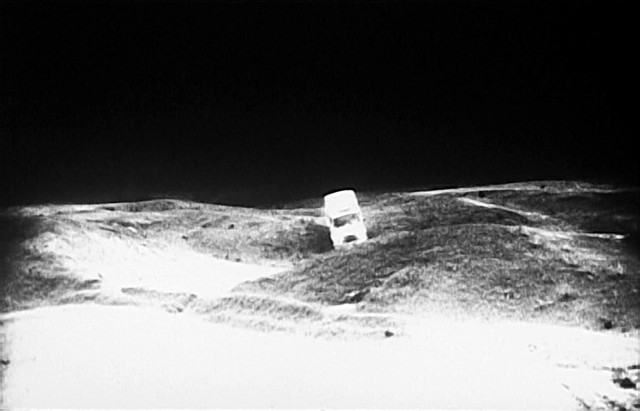 Quote:
One of the most hypnotic and fascinating film ever made thanks not only to a ‘beating-heart’ image but also to a sound tension, between non-nature silence, lighthouse tragic squeak and sea howling alarms. The mise en scène seems to create and deliver drop by drop a secret, a disparition-apparition in each shot… When the simple ‘ici et maintenant’ looks like sci-fiction, feels like ‘everywhere and always’… It could be a silent hidden companion of La Jetée… 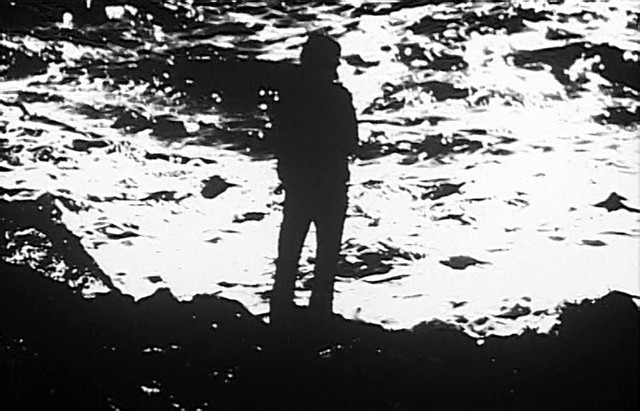