Directors Sergei Paradzhanov and Dodo Abashidze resurrected an old Soviet Georgian folktale as the basis for their film The Legend of Suram Fortress. The fortress in question is forever under construction, and forever collapsing before the last brick can be laid. The advice of a fortuneteller is sought out; the young fellow sent out to seek this advice happens to be the son of a man who years earlier had jilted the fortuneteller. Out of pique, she tells him that he must be walled up in the fortress’ wall, else the structure will continue to tumble. So many ancient legends are based upon self-sacrifice that one would think that Legend of Suram Fortress would have nothing new to offer–and one would be quite unfair to this well-crafted film to think along those lines. Never as brilliant as the critics made it out to be, Suram Fortress is still an immensely satisfying work from a gifted filmmaking team. ~ Hal Erickson, Rovi 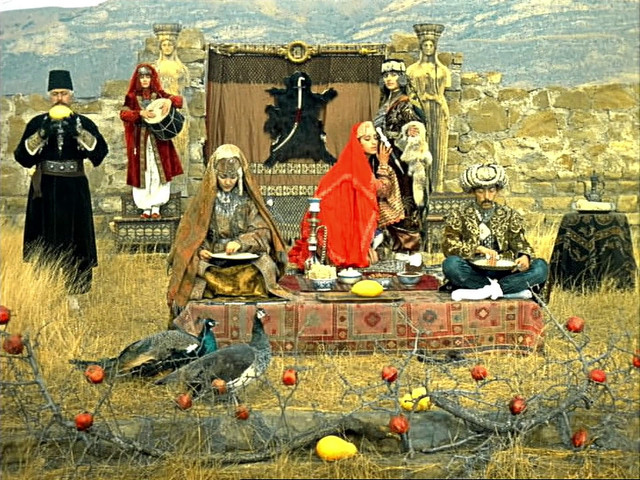 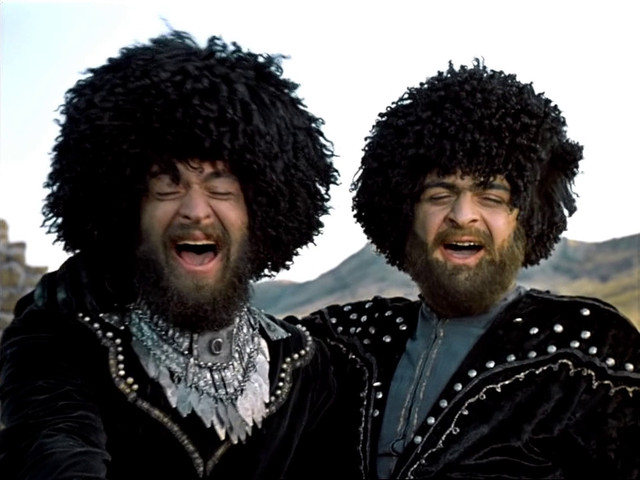 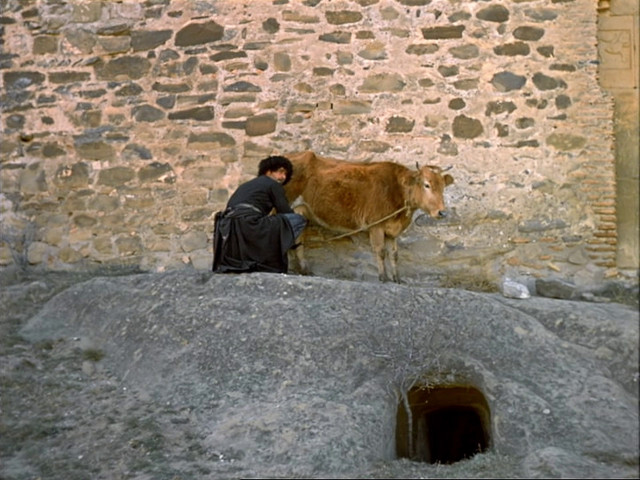 The Georgian film director Sergei Paradjanov isn’t the artist the Soviets are most proud of. When he was sent to prison, where he spent most of the ’70s, the charges ranged from trafficking in illegal art objects and manipulating currencies to engaging in homosexual practices and “incitement to suicide.”

His reputation in this country is based on two films, “Shadow of Our Forgotten Ancestors,” which came out in 1964, and “The Color of Pomegranates,” which was made in 1969, but didn’t reach these shores until it was smuggled out eight years later. Both established him in the top rank of international filmmakers. But, after his release from jail in 1978, he was reimprisoned in 1982 (for attempted bribery) and his career as a director, most thought, was finished.

That his latest film, “The Legend of the Suram Fortress,” the first he’s made in 15 years, has reached this country only a year after its completion is a remarkable achievement in itself. But its significance may be more political than artistic.

It’s impossible to watch even a few feet of film by Paradjanov without acknowledging his mastery of the medium and the originality of his vision.

Essentially, he has a painter’s eye, expressed in a fondness for exotic damasks in rich purple and school-bus yellow, in still-life tableaux with peacock feathers, animal hooves, bruised fruit and brassy-gold samovars. But while you revel in the visual textures and the just-slightly-skewed formal symmetries, you wonder where you are in the narrative, who the characters are, where the action is taking place. The legend here, which deals with a monarch’s mostly failed attempts to rebuild the crumbling Suram castle and protect his empire, isn’t as resonant as the individual images.

And Paradjanov’s storytelling skills aren’t as well-developed as his visual ones. (The film — which was codirected by Dodo Abashidze — is so fragmented and the narrative gaps so wide that it’s hard to believe we’re seeing the full version.) With its cast of tightrope walkers, jugglers and fortune-tellers, the movie plays like folk performance art — a mixture of primitive and postmodern impulses. It’s entrancing, at times, but inscrutable. 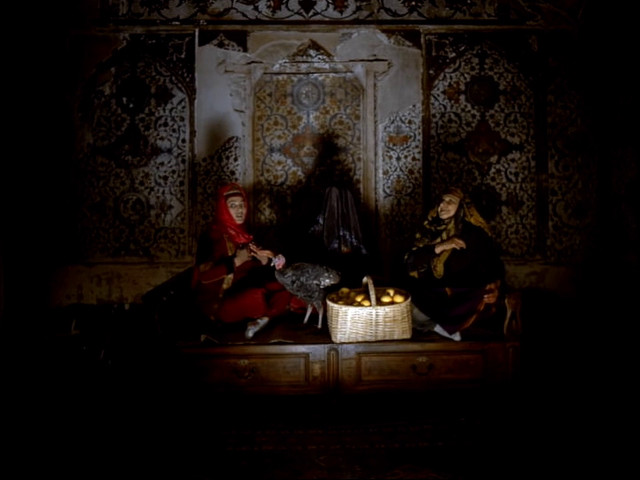 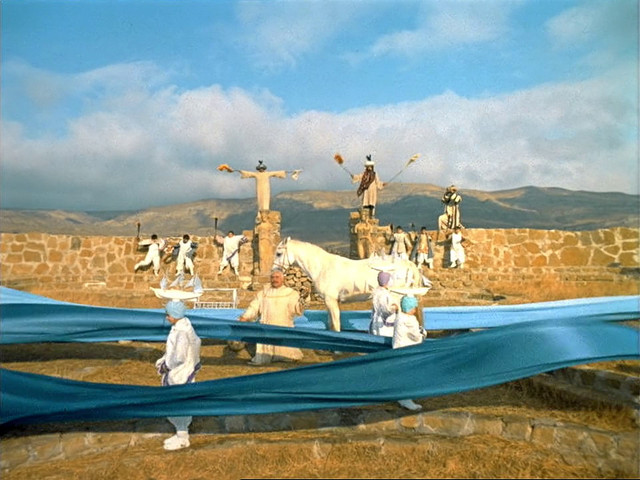 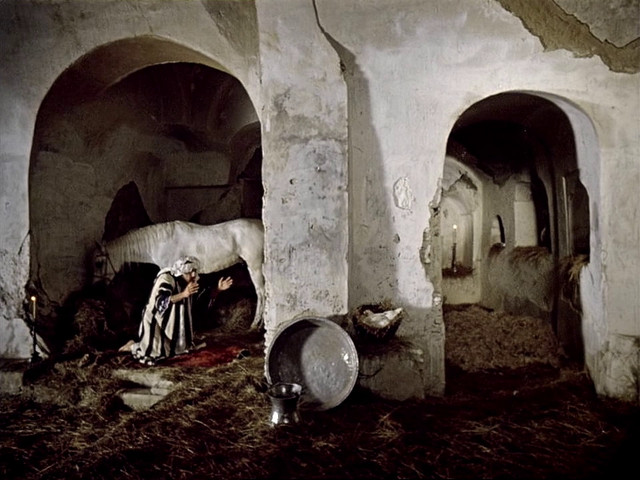 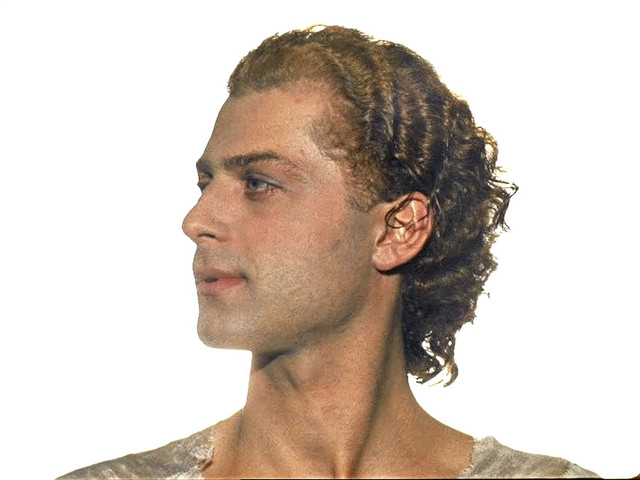 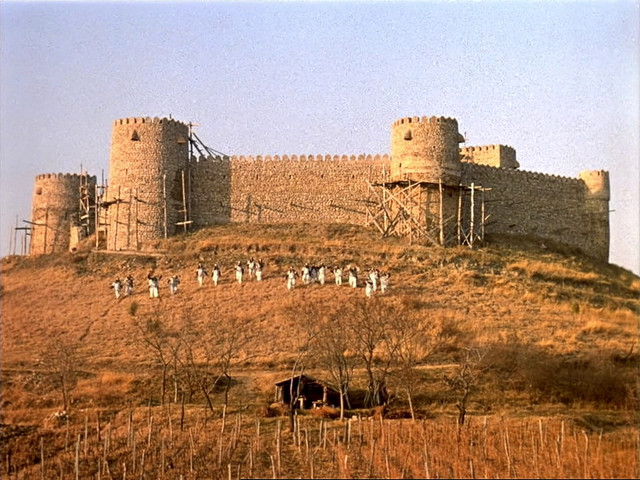