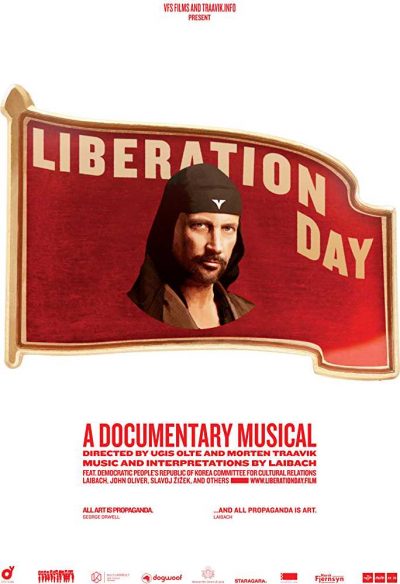 ALL ART IS PROPAGANDA. George Orwell …AND ALL PROPAGANDA IS ART. Laibach

Under the loving but firm guidance of an old fan turned director and cultural diplomat and to the surprise of a whole world, the ex-Yugoslavian cult band Laibach becomes the first foreign rock group ever to perform in the fortress state of North Korea. Confronting strict ideology and cultural differences, the band struggles to get their songs through the needle’s eye of censorship before they can be unleashed on an audience never before exposed to alternative rock’n’roll. Meanwhile, propaganda loudspeakers are being set up at the border between the two Koreas and a countdown to war is announced. The hills are alive…with the sound of music. 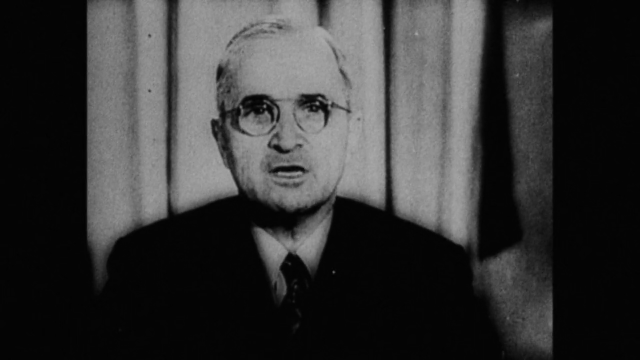 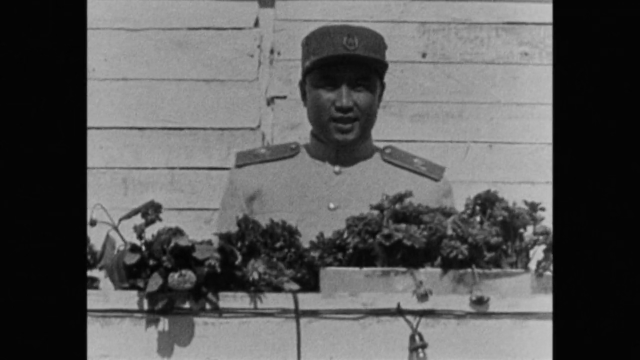 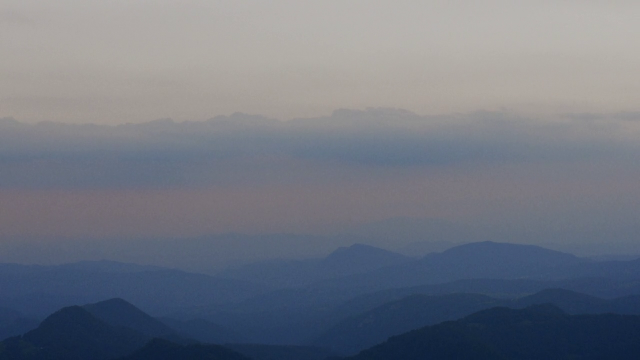 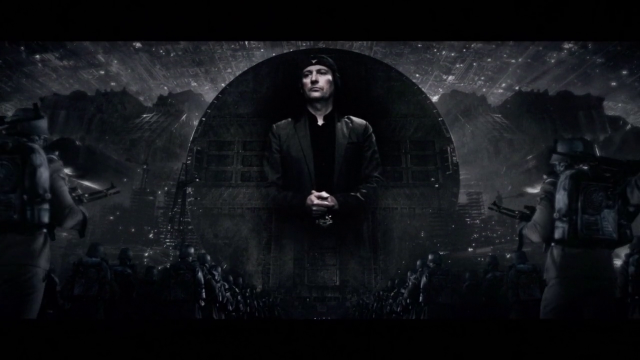 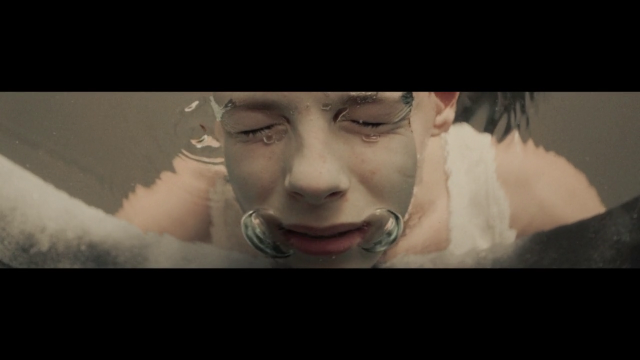 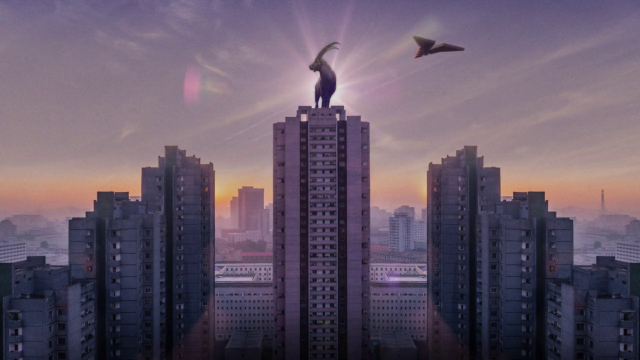 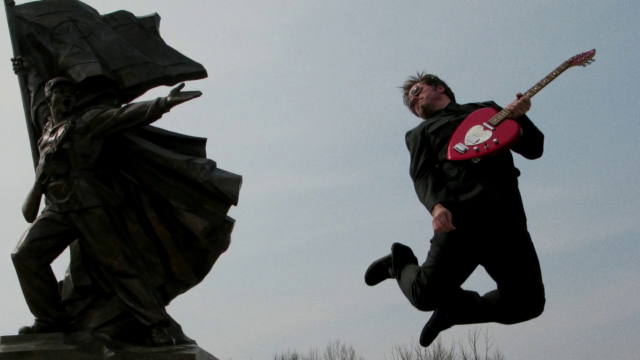 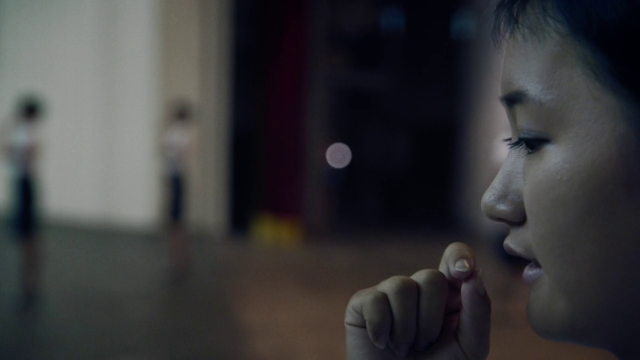 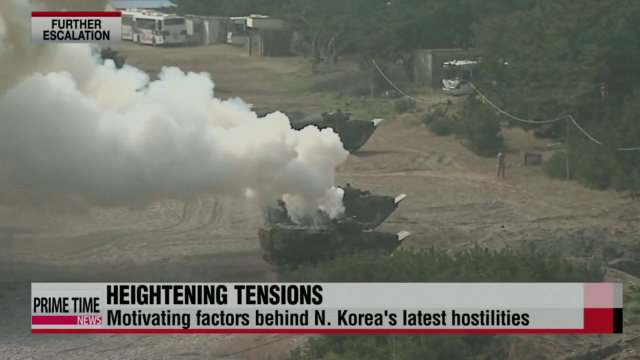 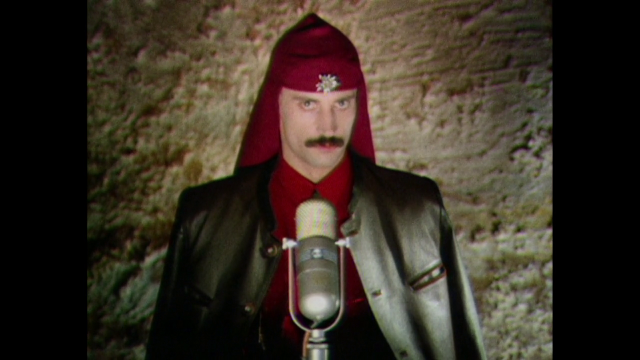 Review:
If the remit of a documentary is to entertain and inform, then Liberation Day delivers with aplomb. It tackles two subjects simultaneously, both of which are likely under the radar for the vast majority of people. The first subject is Slovenian musical group Laibach, an industrial rock band that perverts fascist imagery and ideology, creates audacious covers of classic pop songs, and is famous for recording a dirge like version of The Sound Of Music. The second is the Democratic People’s Republic of Korea, a guarded communist dictatorship, rarely spied on film due to its tight censorship.

Director Morten Traavik has worked with both before, creating the Whistleblowers music video for Laibach, as well as filming many strange arts projects with the help of the DRPK, including an accordion rendition of A-Ha’s Take On Me. With his arrangement of what he calls “the blindest of blind dates” he has somehow managed to convince the DRPK that they should let Laibach perform for them on the 70th anniversary of their liberation from South Korea. Surprisingly, they acquiesce. Through the film, he asserts a certain kind of bullish dominance over his counterparts in the DRPK, at once knowing the limits of his stunts, yet always pushing as far as he can to satisfy his own creative ego.

Laibach’s difficult to analyse skewering of totalitarian regimes sits uneasily inside North Korea, and their headstrong attitude frequently clashes with the workers of the DRPK. Laibach are a singular force, independent and strong willed, a creative collective with a sardonic sense of humour, whilst the North Koreans have been instructed since birth to never make an individual action without societal consensus. As a result, they clash over everything, from the content of the music to the audiovisual components of Laibach’s set, and the actual technical setup of the show itself.

There’s a strange voyeurism to the film, especially given the isolated nature of North Korea. Wide shots of monuments and propaganda art feel furtive, yet behind them is the gloved hand of the board of censors that watches Morten and Laibach’s every move. When the band’s manager Ivan talks about the difficulty of applauding such a regime, yet agrees that is the most functional Communist regime he has seen, it’s hard to know whether this is part of Laibach’s ideological house of mirrors or something genuine.

Despite its interesting and humorous subject matter, it all ends up feeling rather flat. There is no moment of triumph for the band, and the final performance is jarring; it’ll give you goosebumps, but the audience on the other hand seems totally unfazed, seemingly unaware of the grand irony of the situation in front of them. Traavik’s direction is steely and crisp, never straying into anything daring, but it’s hard to know how much his style was restrained by the North Koreans.

Liberation Day is a brief glance at the crossovers of two fascinating worlds. The band are quoted from their commandments, the “10 Items of the Covenant” at the beginning of the film, stating “All art is subject to political manipulation, except for that which speaks the language of this same manipulation.” The end of that commandment is paraphrased in the film by various members of the group: “there is a crack in every wall, and that is where the spirit gets in.” Perhaps the fiction of Laibach resonates so firmly with the civilians of the DRPK that they can’t quite see the cracks in the wall, but the nodding head of one solitary attendee seems to suggest that there is a faint breeze whistling through.