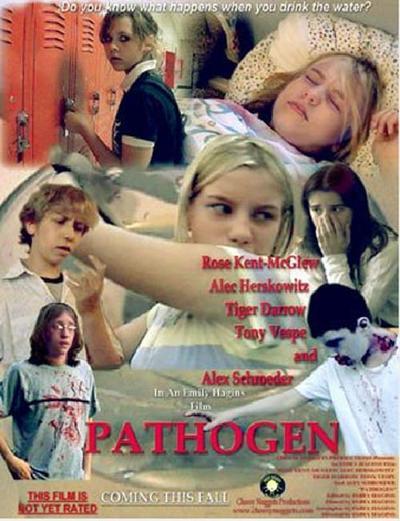 Quote:
A terrible (synthetically created) bacteria is accidentally released into the Austin community’s water supply, and the unsuspecting citizens ingest the bacteria. Which causes them to become zombies. It’s not a completely original idea, but Emily has some original ways of telling her zombie story…

A lot of people at age twelve never finish anything they start, unless it’s at school and they have to do the work to get that all important letter grade. As far back at age 10, Austin, Texas native Emily Hagins put together a script about a toxin that gets into the water and starts to turn everyone into zombies. And not only did she write it, she also went out and made it at the age of twelve. The film then premiered to a sold out crowd at the Alamo Drafthouse. Meet Emily Hagins, a new face in the world of filmmaking.

Hagins, now 16 and still in high school in Austin, will be a future talent, even if she doesn’t know it yet. There’s no way she can miss. Emily’s story is told in further detail in the outstanding documentary “Zombie Girl: The Movie”, a candid look into the process of Hagins and her wicked-cool mom Megan pulling together and getting “Pathogen” made. The film was reviewed on our site a few weeks back, and is an outstanding documentary about the process that Emily went through in making this film.

As for “Pathogen”, I admired not only the fact Emily put this whole project together, but the movie itself is a barrel of fun. When the aforementioned toxin is released, it impacts a group of middle school students who are surrounded by zombies. Dannie (Rose Kent-McGlew) wakes up after having a series of nightmares about Something Terrible About To Happen. She tells her friend Sam (Alec Herskowitz) at school, all the while the toxin is spreading. Soon enough, Dannie, Sam and a group of her friends are fighting against the slow, methodical moving undead.

When you think of a kid or a young teen making a film, be it short or feature length, you might immediately think of an amateurish, almost unwatchable quality. Yet unlike a lot of lousy product I’ve seen come out of high schools and youth groups that I tend to see at film festivals, you can tell there’s someone ambitious behind the camera in this case. Naturally, the film was made for next to no money but Emily spent the better part of two years working alongside mom Megan, creating a story with limited finances, along with the principal photography being performed, by Emily, on her consumer grade mini-DV camera. There’s a wonderful film from 2004 called “Expiration” where director Gavin Heffernan made a beautiful, haunting piece of work as a student project at McGill University and looked ten times its $10,000 budget. Here, Emily is working with even less money and fewer pyrotechnics, but like Gavin she’s got it where it counts.

The good stuff is in the details. I liked her setups and the slow build, not letting us see her wonderful zombies for a good portion of the film. Her framing of locations (a deserted school, an empty parking lot, the claustrophobic framing of the houses in the suburbs) are well done. There’s a nice amount of blood and wicked zombie makeup (thanks to Megan being a graphics artist as her trade). And even though it’s a small moment, but I have to give huge credit for Emily for including a radio update in an early scene that tells us the epidemic “has spread as far as Canada”. Not only would that be a pretty nasty spread as Canada is the second largest geographical country in the world, but when was the last time Canada was included in a zombie movie? Bravo from this Canadian.

As for her somewhat large and wildly varying cast of characters, for the most part they do an admirable job. As Denny, Rose Kent-McGlew has a few rough moments – a bit unresponsive at times to zombie mayhem around her — but still is impressive as our hero. Co-star Tiger Darrow (who is a Dallas based actress with many credits to her name) is very good a friend who may or may not be hiding a terrible secret. Both of Emily’s parents, Megan and Jerry, make cameos. Local film producer Rebecca Elliott is notable in her few scenes as a scientist who runs into the fleeing kids late in the picture. The Austin collective of the Aint It Cool News gang, from Chris “Massawyrm” Cargill to Harry Knowles provide small but memorable contributions. I also especially liked Tony Vespe, who plays Cameron. I knew kids like this when I was in school; he gets that right level of sardonic wit and geeky charm in him. (He’s at his best in the “Zombie Girl” documentary where he thought Emily was so mature, that she acted thirteen instead of twelve.)

Of course, “Pathogen” has its faults, with the wobbly sound to some questionable direction. (When a boom pole appears in a shot, I didn’t really call it out as that bad. I kind of smiled.) And Emily of course knows this. In the long run, this barely-scraping feature length (70 minutes with credits) gets away with it. You can tell the absolute love and passion from not only Emily, but a lot of local talent from various backgrounds that were here to help Emily pursue her dream. This is a good lesson to all filmmakers out there; find people that share your passion, get out there, film it and – most importantly – finish it! Despite the rough edges, “Pathogen” announces the arrival of a new talent, and I for one can’t wait to see where Emily goes next. (And she hasn’t slowed down at all. She has just begun to show her second film “The Retelling” in Austin.) “Pathogen”, it is what it is, but boy is it awesome to see.
Jason Whyte, efilmcritic.com 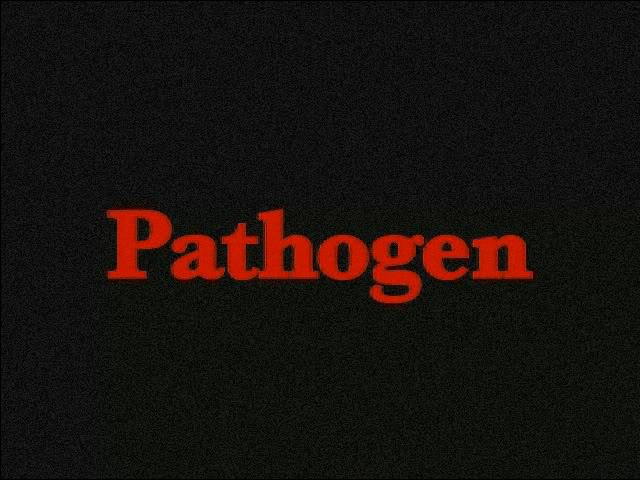 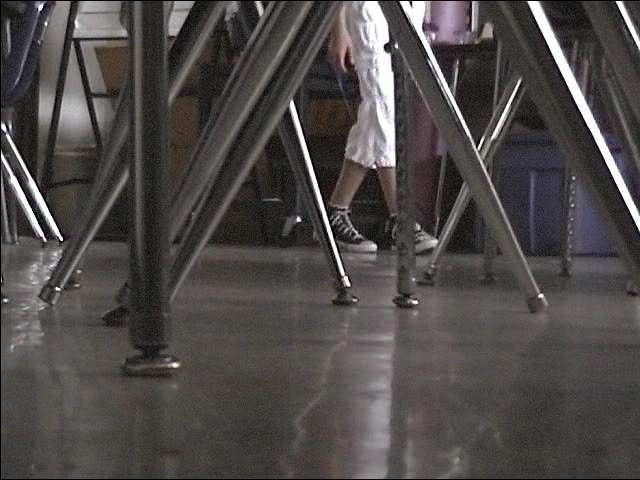 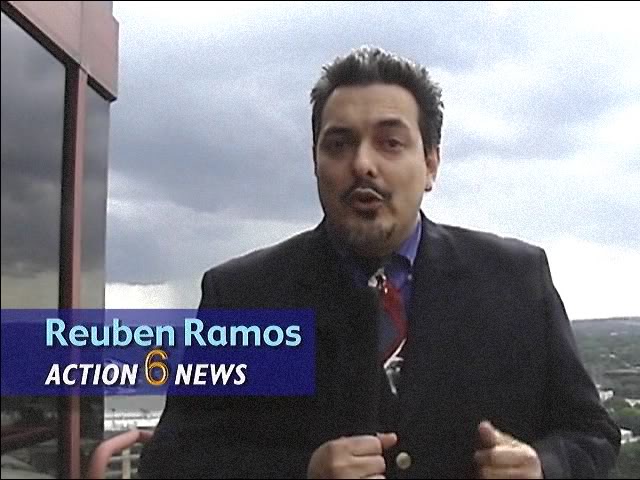 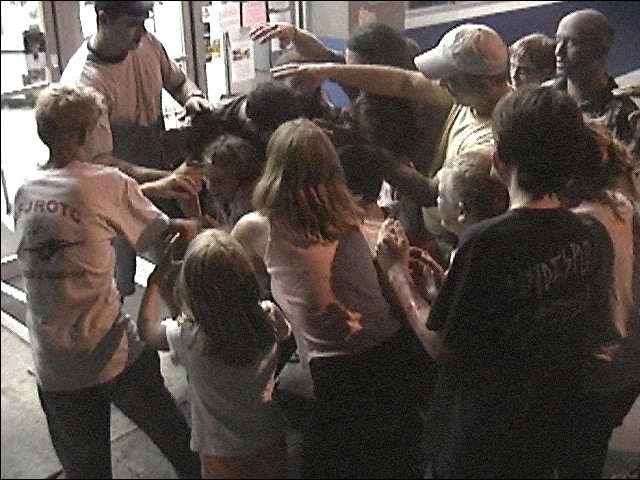 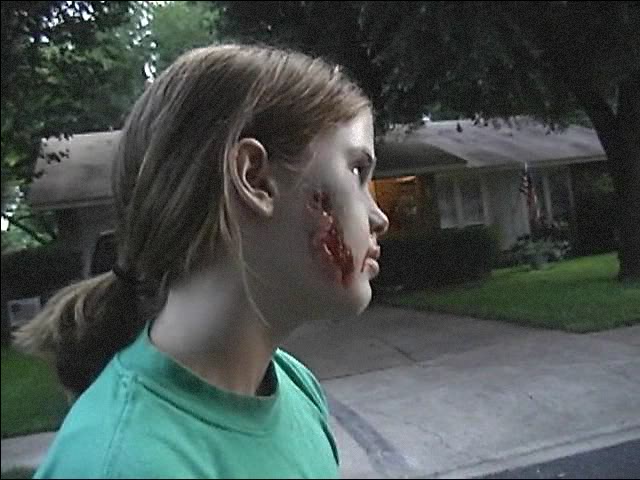 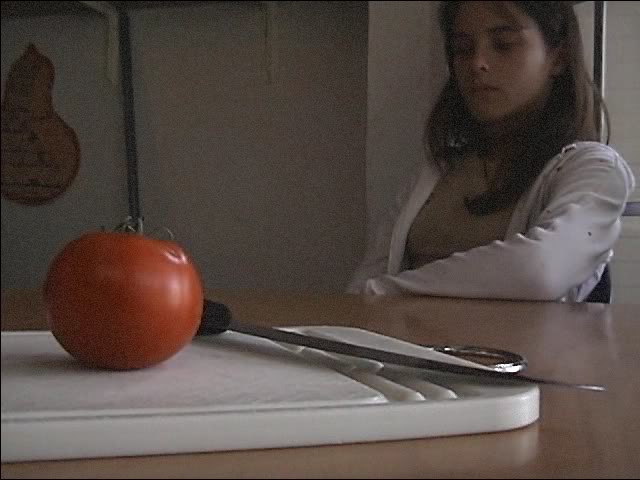 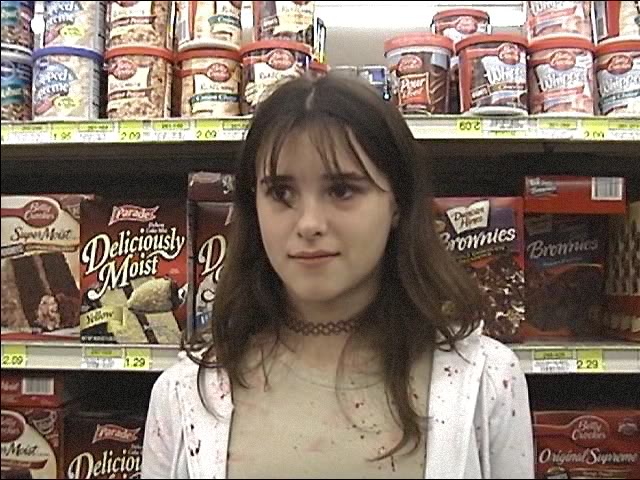