Quote:
Thought of by some as the last truly great film of Jean Rollin’s career, the 1982 feature La Morte Vivante (The Living Dead Girl) is a fascinating but flawed feature graced with two of the most unforgettable performances in all of Rollin’s canon. A frustrating work brought to life by some of the most iconic imagery seen in a Rollin film, The Living Dead Girl is a simultaneously ferocious and poetic work deserving of its reputation as one of Rollin’s most important films… 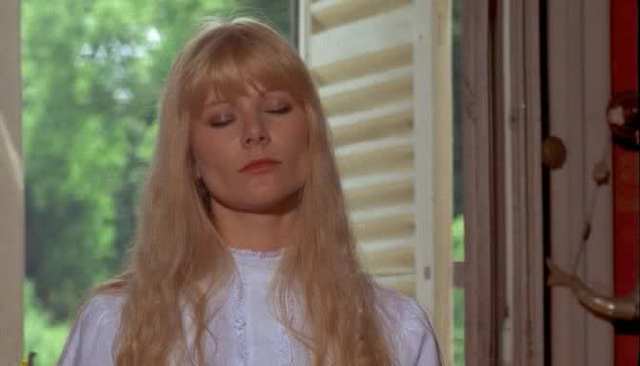 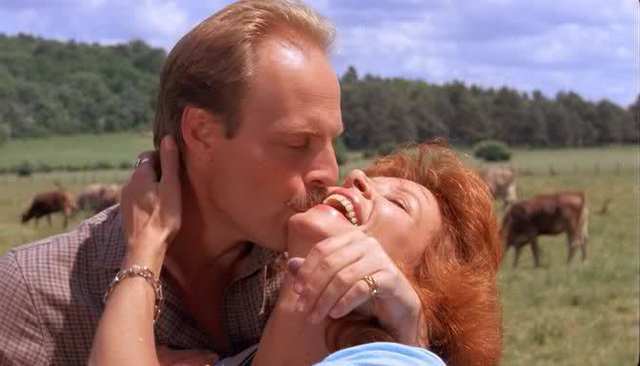 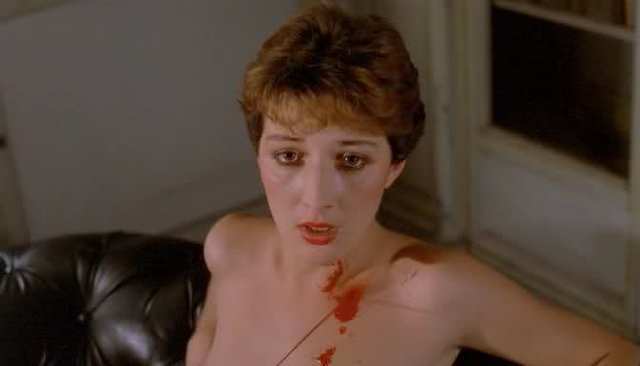 In 1983, you directed La Morte Vivante. Theresa Ann Savoy was originally supposed to play the title role. Why did she drop out?
I went to Rome to see Theresa. The very first time we saw each other in her agent’s office, she said she would never work with me under any circumstances. I don’t know why. I think she was slightly out of her mind [LAUGHS]. I was very disappointed, because it was a dream of mine to make a film with her. I saw her in a couple of films and liked her very much. We eventually cast Francoise Blanchard for that role.

The shooting was terribly hard for Francoise. She collapsed during the final scene; the one where she has to kill her girlfriend and is covered with blood. The stench of the fake blood was awful, she was tired, and the shoot was quite complicated; I sensed that something terrible would happen sooner or later. When she had to freak out in front of the camera for the final shot, everybody was silent after I said “cut” because nobody was sure whether she was just acting or collapsing for real. Everybody stared at her until she looked at us in surprise and said: “Well, are we finished now or what?” Unfortunately we were not finished yet, and later, she collapsed for real on the entrance stairs of the castle, from sheer exhaustion. We called a doctor, so there she was, naked and covered with fake blood, and the doctor–an innocent guy from the countryside–was on the verge of calling the police, because he suspected we were a bunch of psychopaths holding nasty orgies in that castle. We told him that the blood wasn’t real, but he only believed us when Francoise assured him “I’m not a human sacrifice, I’m just dead on my ass!” [LAUGHS]

Marina Pierrot was also in that film, who played in Walerian Borowczyk’s Dr. Jekyll et les Femmes. I enjoyed working with her, although I have to say she was very vain and was more preoccupied with her appearance than anything else. I had a lot of discussions with her, because she thought I wasn’t presenting her properly on the screen.

Are you pleased the way the film turned out?
Mmmh, yes… I think there are some very good things in it. Of course, we had to make certain commercial concessions. The whole idea of the chemical waste was not very good, it was just thrown in for better or worse. It would have been better if this girl had come back from the dead because her girlfriend hadn’t kept her end of their suicide pact. However, commercially, it was the most successful film I ever made. I even won the Special Audience Prize for it at the Fantafestival in Rome. I like very much the part in which the living dead girl returns to the castle and finds all these toys and telephones her friend. It was interesting to do that. Maybe we should have enlarged this part. An American writer was there to translate the dialogue into English, and eventually he shot a few of the English spoken scenes with the American actors. Mike Marshall is in it, the son of French actress Michele Morgan and Bill Marshall.