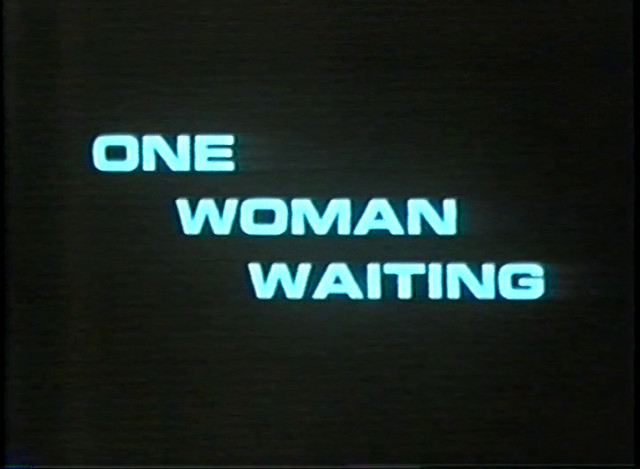 One Woman Waiting (1984, 16mm, sound, colour, 9:00)
“One Woman Waiting” evokes questions of subjectivity in the mirrored performance of two women. The single take, tableau composition forms the structure for catalytic change between the characters. The sensuous desert environment accentuates the poetic and ephemeral quality of this film. “Massarella uses the fixed camera shot in her enigmatic film of a symbolic encounter between two women in a beautifully shot desert location. Its cryptic form is a good example of how an idea can be treated most effectively by simple means, for instance in the use of the frame as a point of entry and exit for characters and as a perspectival space which uses foreground and interior for dramatic and emotional ends.”
– Michael O’Pray, Independent Means, Canadian Experimental Films at the London Filmmaker’s Co-op

Quote:
In a dreamy desert, a woman steps into the frame, walking alone, sitting alone. Her dream double appears, slowly approaching. Wordless and unhurried. They embrace and then walk off in different directions. Beautifully rendered in a single shot until a series of dissolves darkens the frame and closes the proceedings.- Mike Hoolboom 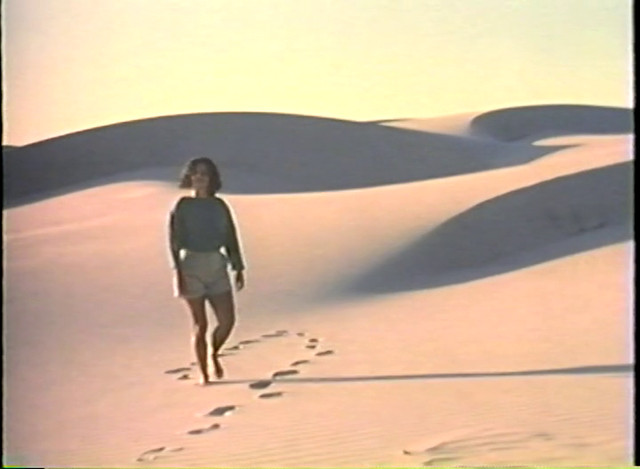 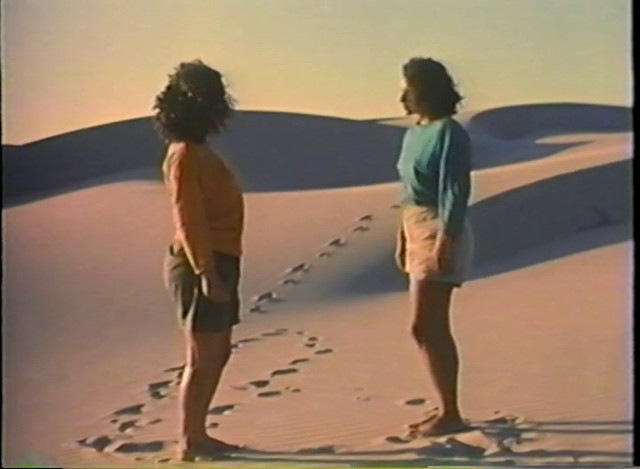