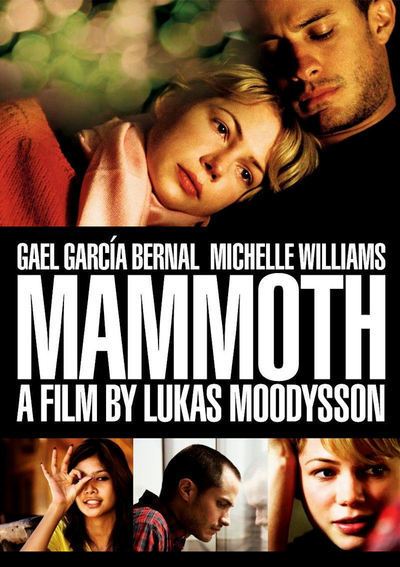 Quote:
Aptly named, Mammoth is an elephantine dud from a director who has plenty to say about the state of the world – and not a whit of new insight to offer nor artistic invention to express it. Sweden’s Lukas Moodysson weighs in with a pedantic and patronizing lesson about globalization, ecology and how it’s ultimately the kids that suffer.

The film is a sidestep from his previous works A Hole In My Heart and Container, which, abrasive as they were, had the virtue of brazen experimentalism. Mammoth, by contrast, is a slickly mainstream globetrotting Grand Statement, of the type represented by Alejandro Gonzalez Inarritu’s Babel. Although it has been a hit in Sweden, the film’s pious superficiality will deter fests outside the strictly middlebrow bracket.

Set in New York, Thailand and the Philippines, the film starts with a Manhattan nuclear family happily goofing around – doomy music over the opening titles suggesting that perhaps not all is well in their world. Dad is Leo (Bernal), a computer-games whiz about to fly off to Thailand to clinch a hugely lucrative deal. His wife Ellen (Williams) is a devoted hospital doctor, who spends much of her time coping with the bloody deprivations of the New York streets. Both parents, to their regret, are too busy to see much of their 8-year-old daughter Jackie (Nyweide), but she is capably tended by nanny Gloria (Necesito), in turn missed by her own two young sons in the Philippines.

Flying to Bangkok with money man Bob (McCarthy), the prototypical Ugly American, Leo takes a solo trip to the coast, where his credentials as a right-on family guy are tested by a dalliance with bar girl Cookie (Srinikornchot). Finally, something terrible predictably happens to one of the kids in the story – an outcome directly traceable to the tyranny of money in the global state of things.

Moodysson’s humourless, finger-wagging script ticks every expected box, and he’s not averse to heavy visual underlining: Gloria shops for a football to send her boys at home, and a cutaway reveals the legend ‘Made in the Philippines’; Ellen phones for a delivery pizza, pushing aside a pile of fresh market produce, photographed in gleaming close-up. Throughout, scenes of Third World poverty are cut pointedly against luxury hotel suites and other images of global decadence. Attention is duly paid to such themes as the Big Bang versus creationism, while even the spiritually beneficial effects of listening to whale song are touted at one point.

The adult cast copes adequately with paper-thin roles, while the children bring enthusiastic candour to what are at best ‘universal innocent’ parts. Marcel Zyskind shoots elegantly, but often opts for a postcard-style glamour of a kind that Mammoth might just conceivably be critiquing – although that might be to overestimate the film’s strategy.

The film’s title comes from a gift that Bob gives Leo: a $3000 pen inlaid with rare ivory from Siberian mammoths. The allusion is also – geddit’ – to the capitalist global system, a wasteful titan doomed to extinction, though it applies equally well to the lumbering shaggy monster that Moodysson has created here.
Jonathan [email protected]