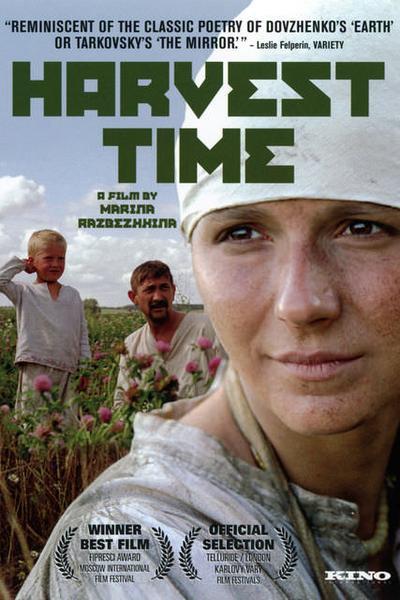 Synopsis:
Winner of a Golden Plaque award at the Chicago International Film Festival “for its complex and poetic evocation of an ambiguous period in Soviet history,” Marina Razbezhkina’s debut film HARVEST TIME is a beautiful portrait of a woman living in a small Russian village after World War II. More than a story of survival against ethics, or individuality against collectivity, HARVEST TIME is a piercing meditation on family unity.

Review:
Harvest Time, the debut feature film by Marina Razbezhkina, a well-established documentary filmmaker, subjects professional audiences?not only critics, but scriptwriters and directors as well?to a severe test. As a rule, Russian directors judge their contemporary colleagues with clenched teeth; they even try to avoid watching each other’s films. Let’s leave this syndrome outside the framework of the discussion in order to avoid pointless psychoanalysis. As far as scriptwriters are concerned, their reasoning is clearer: they deny Razbezhkina’s film any dramaturgical value, insisting that Harvest Time doesn’t cut it as a feature film.

This suspension of critical evaluations, in my view, is determined less by aesthetic sensibility than by life experience. Those who have drunk their fill of the joys of the totalitarian years have welcomed the film as a discovery. No one till now has so organically linked the totalitarian regime to the pagan consciousness of the masses, which accepted the new cults without any inner resistance. By contrast, critics of the post-Soviet generation simply do not experience any discovery on the part of the director; at most they make sense of the film rationally and make fun of its beautiful landscapes, comparing them to the impact of a first-ever visit to the Tret’iakov Art Gallery. In a word, the film’s decorative style, which endows provincial poverty with a shade of glamour, irritates those viewers who cannot enter into the world of the film, cannot feel the scope of the film as a reflection of personal experience.

The film stirs up my childhood memories. During the war my family was evacuated to Tartarstan, which bordered on Chuvashia, where Razbezhkina shot Harvest Time as a recollection of her own childhood. Chuvashia is her homeland. The broken line of the horizon, which surrounded the little village with a magic circle, gave Razbezhkina no peace and became something like a golden dividing-line in her first attempt at a feature film. I, too, poignantly recall the virginal nature of Tartarstan’s heartland, the dangerous and secretive treks to the forest to gather berries. After all, it wasn’t unusual to encounter wolves.

In my opinion, the term “magical realism” comes closest to describing the film. Concrete details of our life?both from the distant and the near past?are linked without any strain to the pagan ceremonies of daily life in the here-and-now of the provinces. Ineluctable archetypes from the unconscious are the major factor that determines the relationship of a provincial person to reality and its details. The film’s heroine dreams of a piece of calico. Within the distribution system that marked “developed socialism,” the fulfillment of desires was achievable in one way only: by becoming a collective-farm shock-worker, a Stakhanovite. In return, Soviet power would express its gratitude with a length of calico to make a dress. Antonina Guseva worked her combine so devotedly that the bosses decided that collective-farm worker Guseva had earned the red banner, passed from one outstanding worker to another. The plush banner, with gold tassels and with profiles of the founders of Marxism-Leninism embroidered in gold threads, was hung in “the beautiful corner” [??????? ????: the eastern corner of a hut, where Orthodox believers hung their icons?trans.] of Antonina’s house. Antonina became a big wheel in her neighborhood. But the film does not say a word about any of the privileges she had gained. Razbezhkina takes an unexpected change of direction on “the radiant path,” that memorable tradition within Soviet cinema. All of the director’s moves are introverted. We never see Antonina on powerful Olympus, on the presidiums of Party plenums or social collectives, where she must be present as the possessor of the red banner. Instead, we see the details of her private life.

The opening shots reveal a family idyll. Antonina, married to her legless Gennadii, a war invalid, has given birth to two sons. Her feminine life is full to bursting. Together with the actor (in real life an artist’s model) who portrays her husband Gennadii, the actress Liudmila Motornaia, from Lev Dodin’s world-famous Petersburg theater, enact the tenderness of love with watercolor subtlety, caressing each other with glances.
Once the fetish?the red banner?settles into the house, it totally derails family happiness. The fragile plush is a tasty treat for the mice, and Antonina is forced to mend the banner repeatedly in order to conceal her shame from her neighbors. In addition, she has to work extra hard during harvest time to justify her claims to being the best worker and her right to hold on to the banner. How else can she keep her secret and escape society’s terrible judgment? Fear burns out the feminine soul and extinguishes love. As a reaction to this turn of events, her husband begins to drink secretly. To save him, Antonina decides late one night to sacrifice the family’s goose and sets off to the holy tree. The children run after her and become witness to a pagan incantation ritual, which is performed on the soundtrack by Sainkho, a real-life shaman from Tuva.

And so the feature film is not successfully hatched from the documentary egg. Marina Razbezhkina is more accustomed to working with images; in the midst of words and dialog, she feels less confident and chooses to use the device of off-screen commentary. Close to the end of the film, viewers learn that they have been watching, in essence, a “report from the other world”: the off-screen voice explaining events has been provided by Antonina’s younger son, who also tells the viewers that he has died in Afghanistan.

A similar device was first tested successfully by Vitalii Manskii in his “documentary” film Private Chronicles. Monolog (1999), where the commentary was provided by one of the passengers who drowned with the sinking of the legendary cruise ship Admiral Nakhimov, flagship of the Soviet civil fleet for many years. This device, clearly one that belongs to feature films, especially with its resonance from beyond the grave, in both cases transforms the chronicle of a private life into the genre of mystery.

Contemporary reality resists insertion into the discourse of the mystery. Mystery is ransomed by the genre of fantasy, which is in no way connected to reality. The final shots of Harvest Time can be read as a metaphor for present-day pragmatic consciousness, which is infinitely far from being able to understand the sacred. After everyone in Antonina’s family has died, a young woman moves into their house. In a pile of household garbage about to be thrown out, she finds the remnants of some plush fabric with fringe attached. She improvises this rag to decorate her hair. It looks nice, just like a real head-dress. 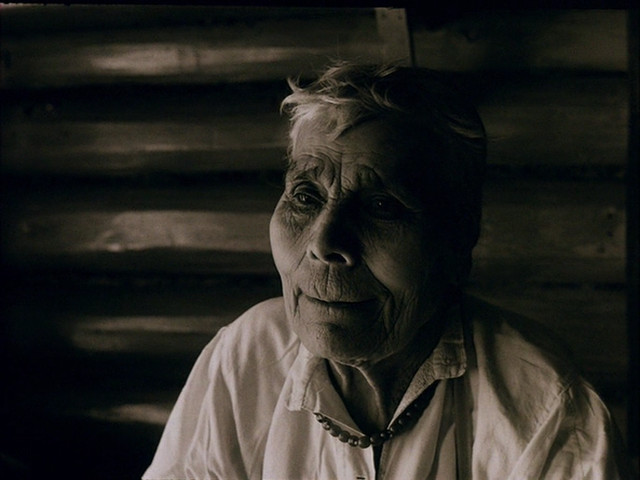 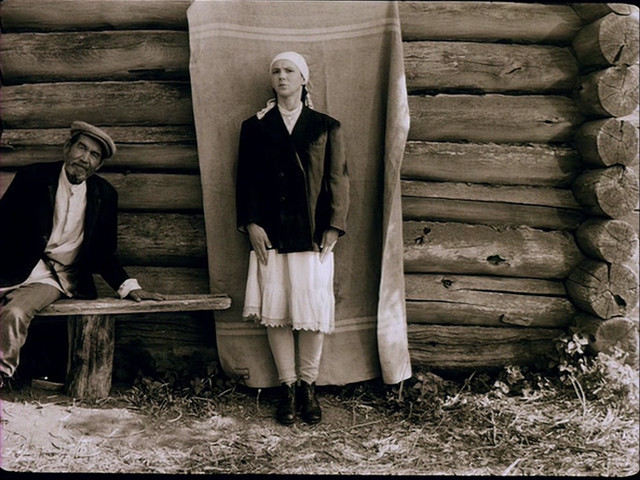 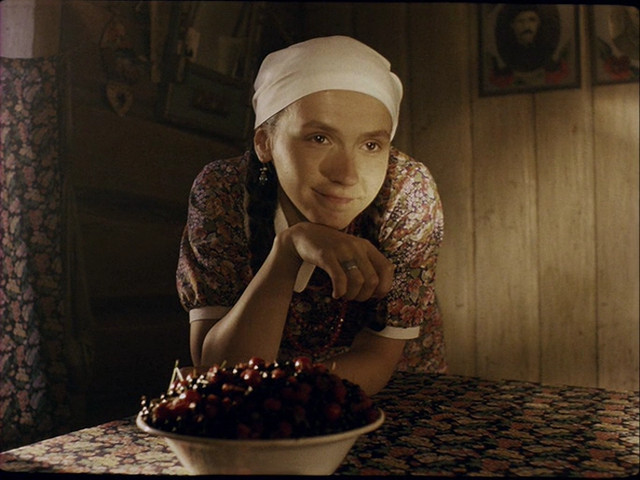 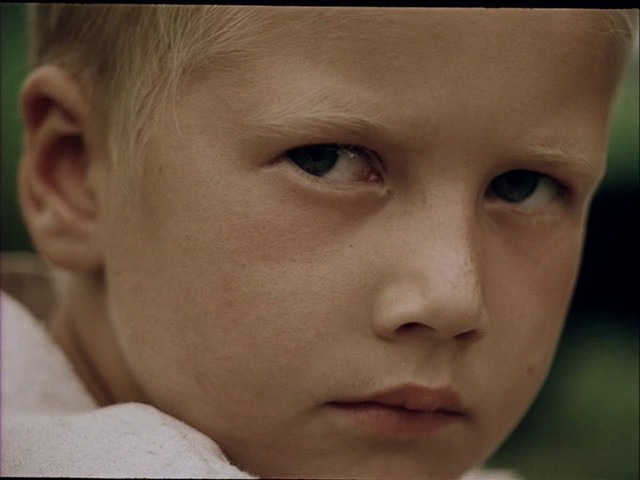 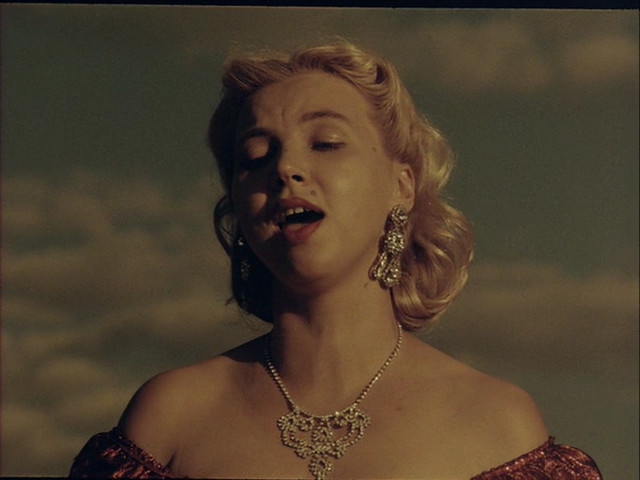 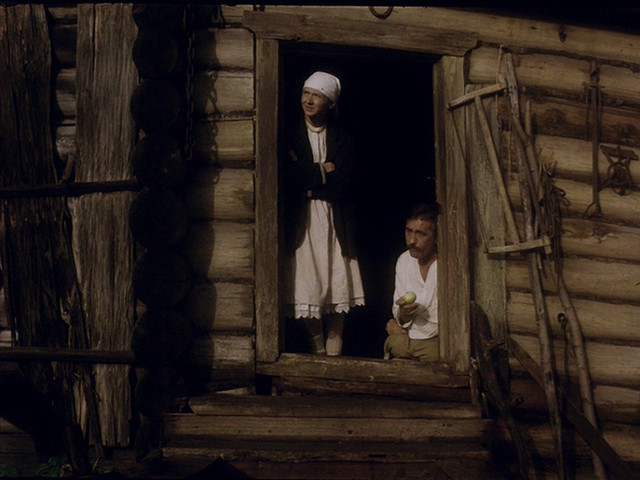 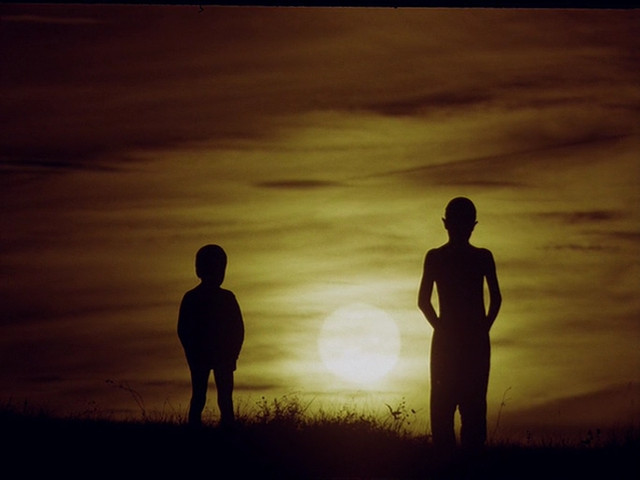 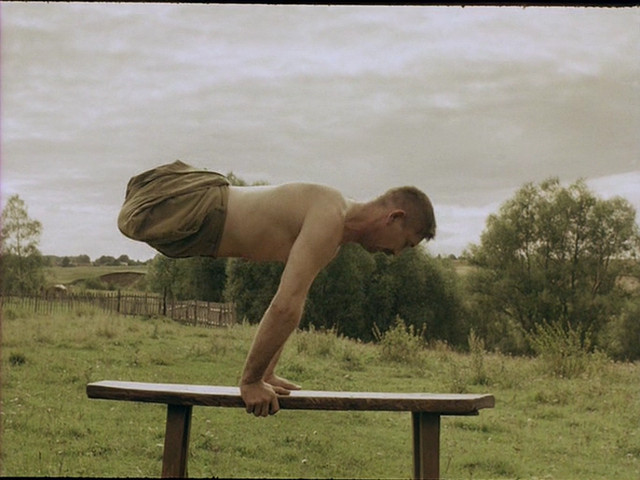 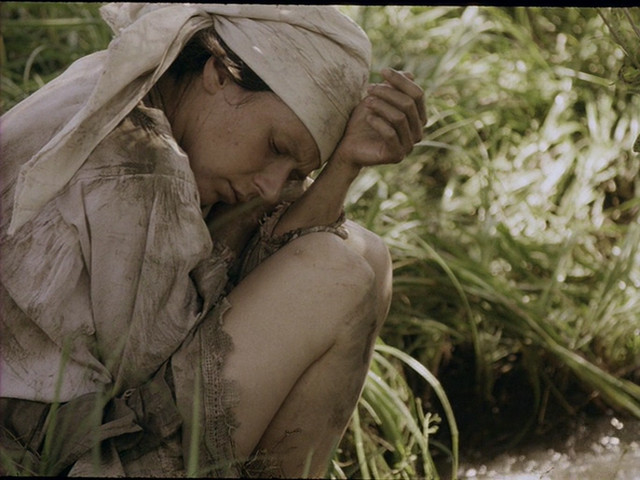 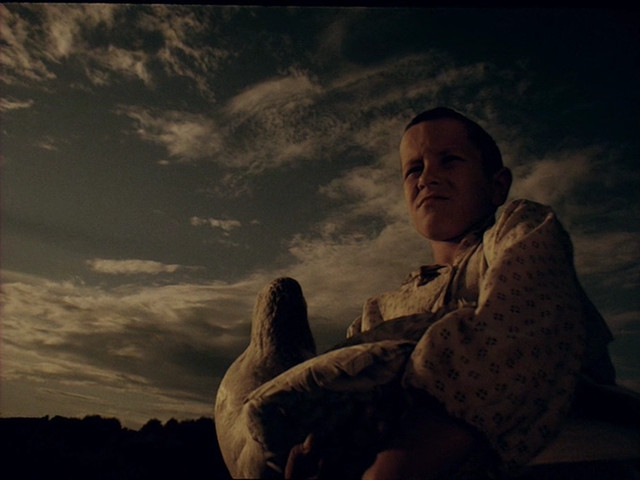