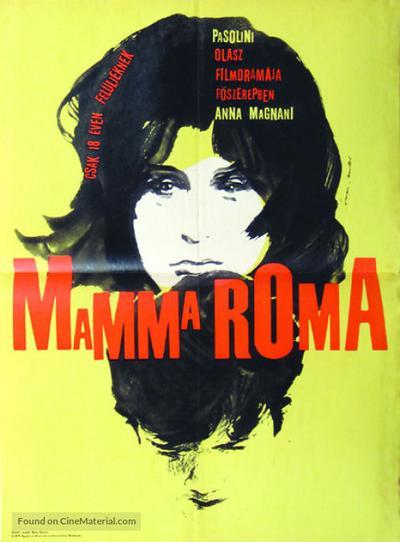 Anna Magnani is Mamma Roma, a middle-aged prostitute who attempts to extricate herself from her sordid past for the sake of her son. Filmed in the great tradition of Italian neorealism, Mamma Roma offers an unflinching look at the struggle for survival in postwar Italy, and highlights director Pier Paolo Pasolini’s lifelong fascination with the marginalized and dispossessed. Though banned upon its release in Italy for obscenity, today Mamma Roma remains a classic, featuring a powerhouse performance by one of cinema’s greatest actresses and offering a glimpse at a country’s most controversial director in the process of finding his style.

Ben Sachs wrote:
The most impressive sequences in Pier Paolo Pasolini’s MAMMA ROMA (the filmmaker-poet-journalist-philosopher’s second feature) are a couple of theatrical set pieces in which the title character—a veteran prostitute trying and failing to get out of the Life—walks the city streets, picks up strangers, and tells them parts of her life story. Presented in extended tracking shots, these passages are grandly nonrealistic, with Pasolini transforming the gritty locations into a mobile proscenium. (They’re also a likely influence on the dolly-shot interludes in Rainer Werner Fassbinder’s second feature, KATZELMACHER.) Anna Magnani’s acting is as breathtaking as it ever was—Mamma Roma is at once larger than life and recognizably salt-of-the-earth, grandiose and vulnerable. Her performance aids enormously in Pasolini’s project of rendering the character on the level of myth (This is the level, of course, on which all of Pasolini’s best work operates; obsessed with the past and disgusted by the present, Pasolini aspired to older forms as a refuge from postwar reality.) “Mamma Roma’s attempt to give her son a better life has, thanks to Magnani grandiloquent acting, the flavor of tragic opera,” wrote Gary Indiana for the Criterion Collection’s DVD release. He continued: “It isn’t that Mamma is morally flawed—though Pasolini viewed her attempt to find a place in a rapidly changing society as an expression of moral decay, because of this new society’s consumerism and spiritual vacancy—she is socially doomed, and the forces that have made her life a bitter struggle for longer moments of joy than the few she gets to experience (teaching Ettore to tango, clinging to him as the motorcycle she’s bought him roars along the roadway) are the same that literally doom her son.” 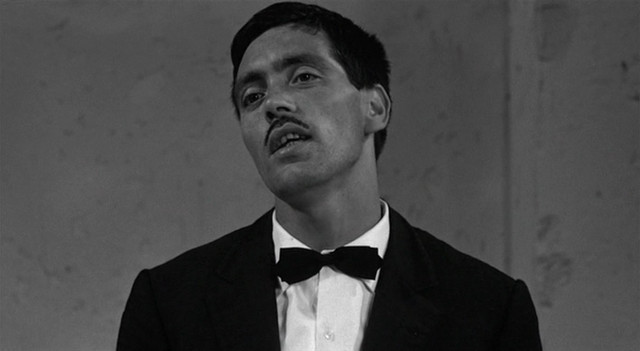 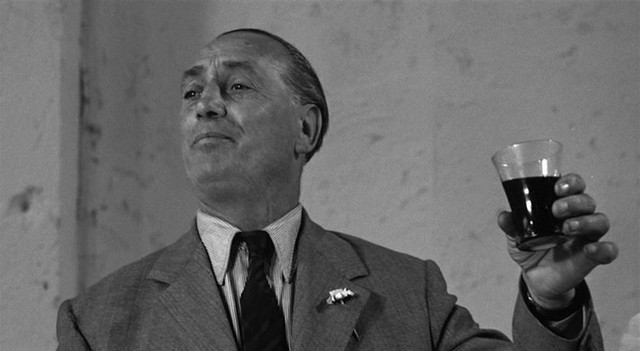 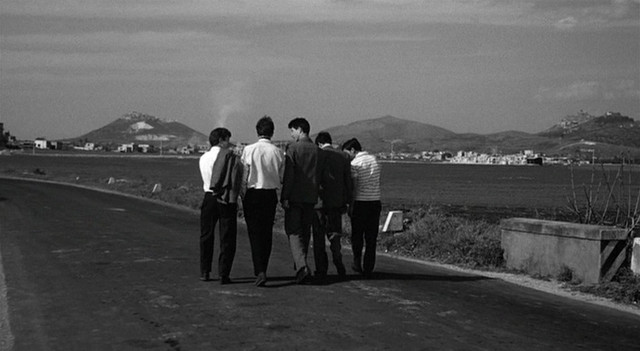 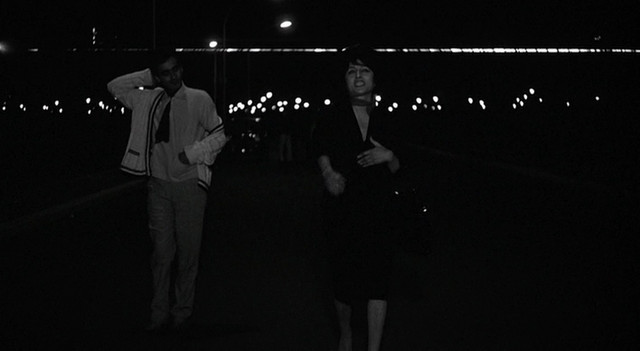 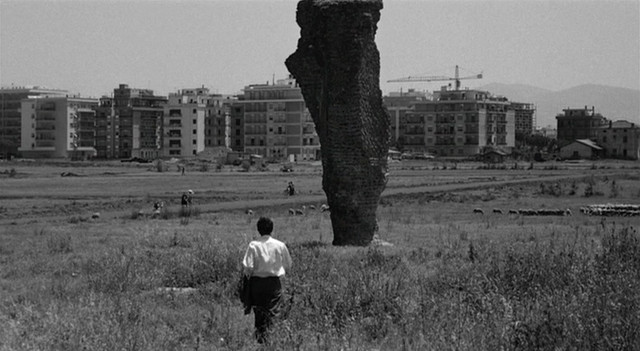