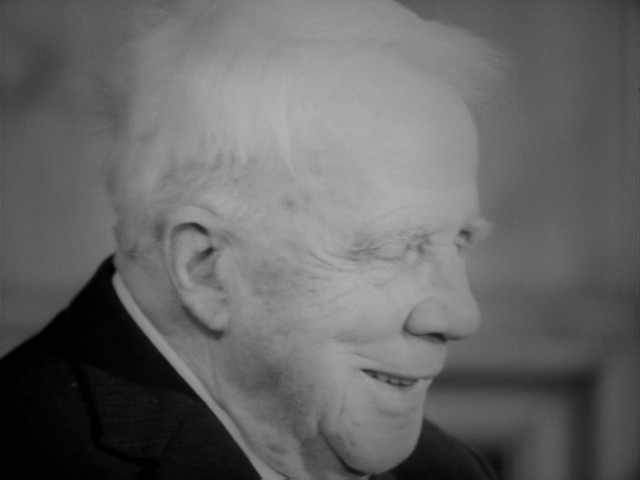 Quote:
A hybrid of talking heads, an extended speech and pastoral home life, Robert Frost: A Lover’s Quarrel with the World studies legendary American poet Robert Frost with the intimate signature of director Shirley Clarke. The film begins with a voiceover from President John F. Kennedy: “The artist, however faithful to his personal vision of reality, becomes the lost champion of the individual mind and sensibility, against an intrusive society and officious state.” This begins President Kennedy’s encomium to Frost, honoring his life and career at a Congressional Gold Medal ceremony on March 26, 1962.
Frost’s subsequent speeches at Sarah Lawrence College and Amherst College run throughout the entire film, with Clarke cutting back and forth to excerpts of Frost’s laughs and lessons with college students.

Bewildered by “the sideshow” of cameraman and crew members flanking him, Frost comments at the Sarah Lawrence College podium, “This is a documentary film going on … and [the shots] have all been about me with a hoe digging potatoes or walking in the woods, reciting my own poems.” The crowd laughs, as does he, clarifying, “I don’t farm very much — for many years, I have had a little garden — but it is a false picture that presents me as always digging potatoes or saying my own poems.” Crowd erupting once more, Frost concedes that the format Clarke uses at the moment is far preferable: “This time we are going to have it right, we are going to have it taped like this, with my crowd. [The crew was] with me today … on a carrier, you know, and I was with the commander. The old subject came up … peace and war, and I had to have another think at it.”

Sure enough, before he finishes speaking Clarke cuts to footage of Frost with a helmet atop his head on board the carrier they filmed earlier. Frost’s realist worldview concludes, “Peace is something that you only get by war or the threat of war, however tacit the threat.” His tour between the landing strip and artillery underlines this point.

A Lover’s Quarrel with the World progresses in such a fashion, with the elderly Frost, 88, espousing wisdom to his successors (President Kennedy included) while Clarke silently comments with her camera. The bucolic scenes Frost denounces do not necessarily portray a simple, woodsy man, but rather a man at peace. Peace is never easily won, for war certainly has something to do with it. The familiar line that closes his 1944 poem “The Lesson for Today” — “I had a lover’s quarrel with the world” — succinctly captures his life, and he is quick to add it is singular because it has been “one sustained quarrel all my life.” 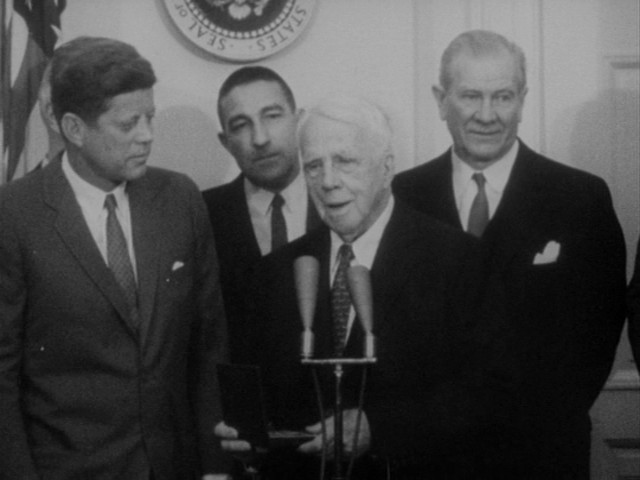 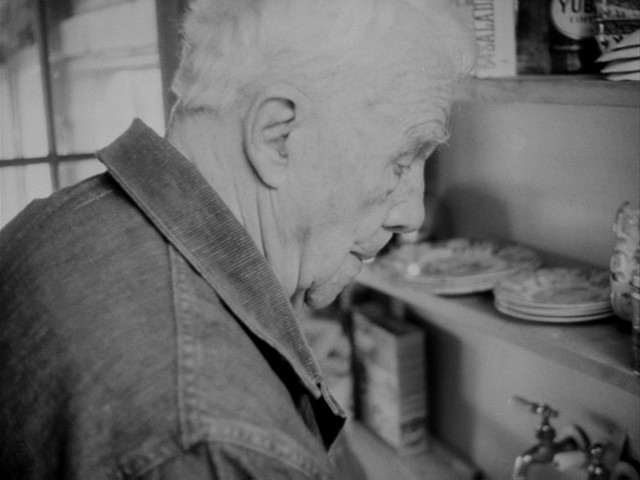 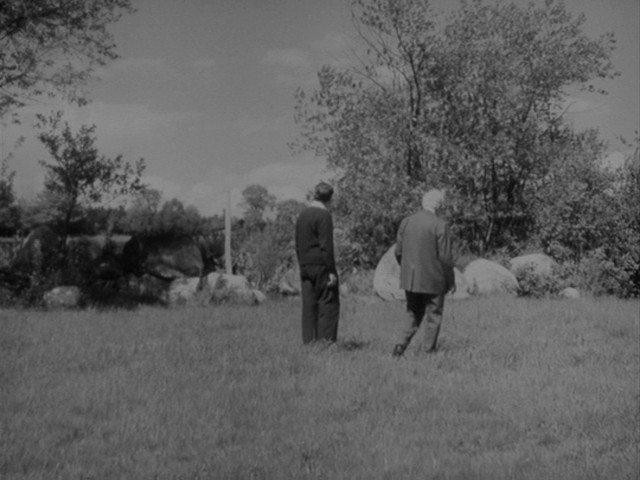 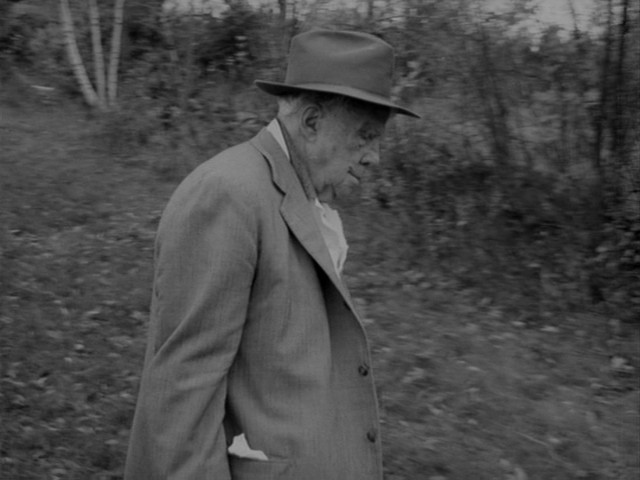 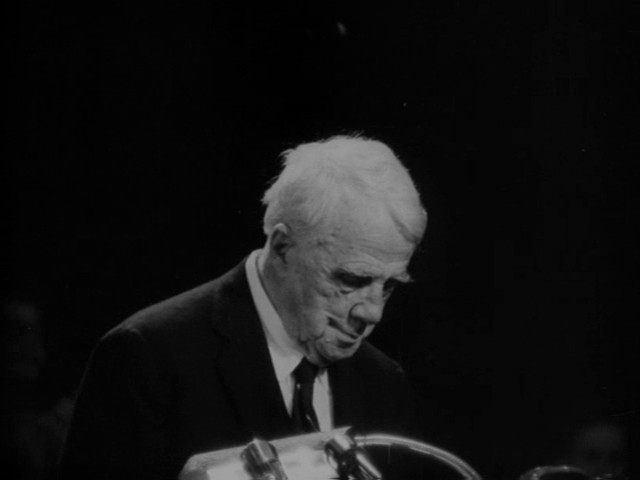