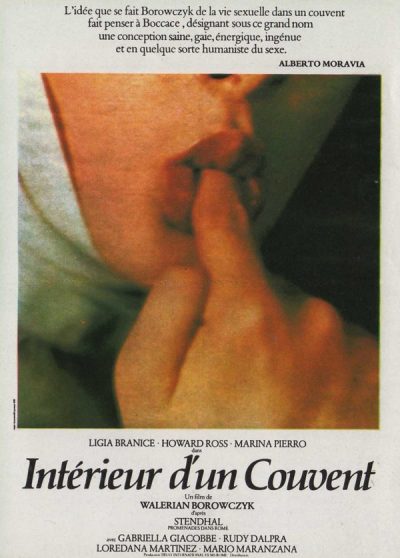 Before it became possible (in the late 19th and early 20th centuries) to imprison young heirs and heiresses in mental institutions in order to gain control of their inheritances, greedy families had for centuries “given” their daughters to convents without the girls’ consent. Usually, such nunneries were only nominally religious, and their involuntary inhabitants lived a life of relative ease and luxury compared to their genuinely religious (or poorer) sisters. In the film Interno di un Convento, a zealous, handsome priest, who is the confessor for a convent full of such women, encourages the equally zealous abbess of one such institution to enforce the same strict rules on these unfortunate women that are applied to others. In doing so, they uncover a snake pit of sexual couplings, both lesbian and heterosexual, as well as many tools for masturbation. At the same time, a particularly disturbed inmate manages to poison herself and many of the other novitiates in yet another scandal which is covered up by church authorities. 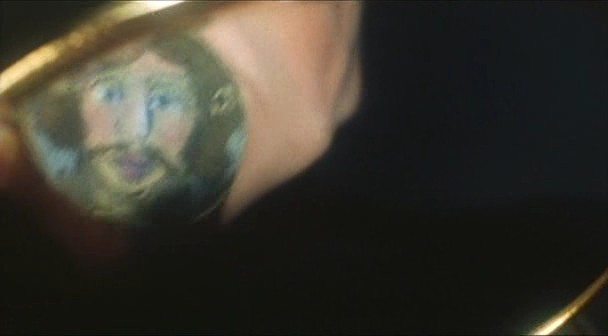 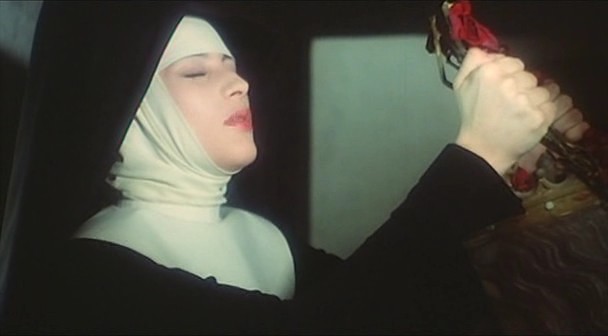