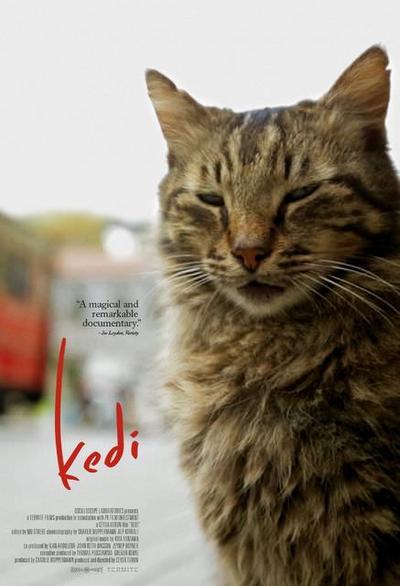 Synopsis:
A profile of an ancient city and its unique people, seen through the eyes of the most mysterious and beloved animal humans have ever known, the Cat.

Review:
Gulls swarming and squeaking above a city. We fly with them over water towards land. A town seen this way has something of Bodega Bay. We land and, without it being stated explicitly, get the feeling that so did the cats of Istanbul. As little ETs from the skies or deities in furry disguise from the heavens, they are here to test us, amuse themselves with us and teach us by their sheer presence. A cat on a hot tin roof. The tone of Ceyda Torun’s sharp-eyed documentary KEDi is set. Istanbul is cat central.

Snacks and water bowls mark alleys everywhere and signs warn tourists and cat agnostics not to mess with these offerings, or else. A handwritten posting on a wall threatens appropriately, the future in mind: “These cups are for cats and dogs. If you don’t want to be desperate for a drink of water in the next life – don’t touch these cups.” Taking care of cats is serious business and the cats know it and show it.
Copy picture

The documentary also is the portrait of a city in danger of losing its core where modern city development threatens the areas the cats call home. Torun, who spent much of her childhood in the city, lets us get supremely close to seven exquisitely different felines (Gamsiz, Deniz, Aslan Parçasi, Bengü, Psikopat, Duman, and Sari with her kittens). They roam the streets, shops, and residences to create bonds with the humans they encounter.

The first of the film’s protagonists is Sari, a yellow-and-white tabby, and we get to follow her on her daily rounds. She has an intricate system of water sips here and a rubble from a human neighbour there, followed by some rest on a shop-owner’s chair before she transports back her bounty for the family. “She is a solid character,” we hear, and “very strong-willed.”

Green-eyed Bengü, a grey/brown tabby, comes next with her remarkably individual paw gestures. “She loves to be petted,” says a tough-looking man while he brushes the happy cat. Both of them a look of deep satisfaction on their faces. Grown men, who have seen their share of hardship don’t hesitate to express how good cats are for us. “People who don’t love animals can’t love people either. That much I know,” one of the men at the fish market concludes.

Cats here are treated as individuals, different in look and character. They arrived on boats from all over the world during the Ottoman Empire. The cuteness, which is undeniable, never comes across as escapist in this film, quite the contrary. Closeups of their faces abound. One cat is smacking its lips in slow motion, another one wakes up from a deep, restful sleep. People stop in their tracks and pet them stretched out on the hoods of cars or a park bench. If they are trouble, trouble is what we need more of. The skillful and entertaining editing by Mo Stoebe adds to the intimacy.

A fisherman at a dock feeds abandoned kittens with a syringe. Confirmation is given that interacting with them is “good for the soul.” Who needs to hear a counter argument? Speaking of cats turns also out to be the perfect open sesame into philosophical discourse. Admiration of the gait of one of the film’s little stars, shifts easily to commentary of what it means to be a woman in present-day Turkey. A man explains how taking care of strays at the harbor saved his life after a nervous breakdown. “Cats remind us that we are alive.”

Shot by Charlie Wuppermann and Alp Korfali, using film lenses on Canon 5D cameras, the team developed some elaborate camera rigs, and even tried remote control cars at times. “Petting a cat is a bit like making friends with an alien,” a woman says. An artist contemplates the elegance she perceives in cats. “You don’t see it in women anymore. To be feminine is difficult.” And unobtrusively, like magic, the documentary opens up to questions of gender.

Deniz, a grey-and-white tabby, gives us a tour of the organic market and following him wasn’t so easy, it seems. Into a shopping bag, up on a pile of oranges, grabbing some fish, playing with the pompoms of a table cloth, Deniz ends up napping in a cosy spot, but not for too long. Soon the market will be no more and the changes in city planning do not bode well for the cat population.

Short-haired, black-and-white Gamsiz whose “main human” is the owner of a bakery (or so the baker believes) is one tough guy. He often gets into trouble and the veterinarians know him well. All the tips in the tip box are used for cat maintenance. He is quite a cat burglar, charms with his sideways knock and doesn’t shy away from a showdown with Ginger, the new cat in town. The dynamics are so fascinating to watch that if you don’t pay attention, you might not even notice the graffitied “Erdo-gone” on the wall behind them.

Last and definitely not least comes grey-and-white Duman, sleeping in a basket outside a fancy delicatessen place. He never comes in, doesn’t like to be petted, and has his unforgettable style of scoring little plates of smoked turkey and slices of Manchego cheese.

The cats of Istanbul very firmly, with a purr, a pounce, or an accusatory glance, tell us what is really important in life – to take care of each other. 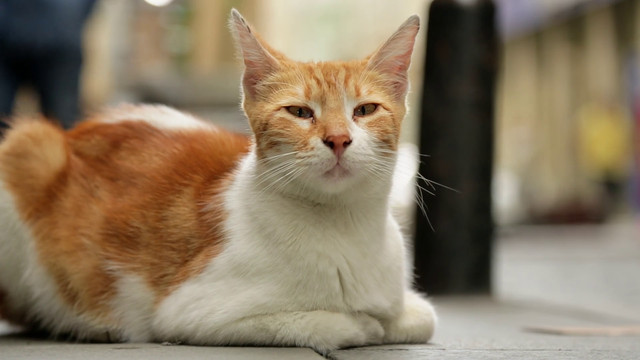 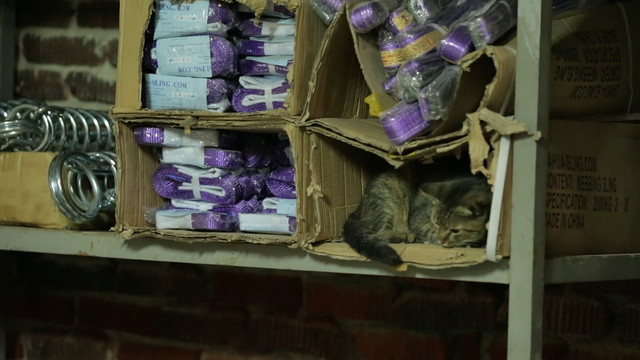 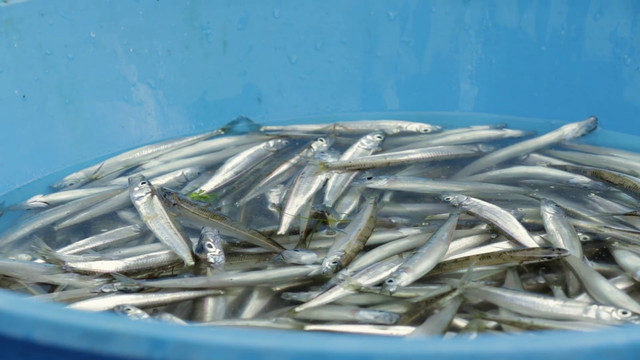 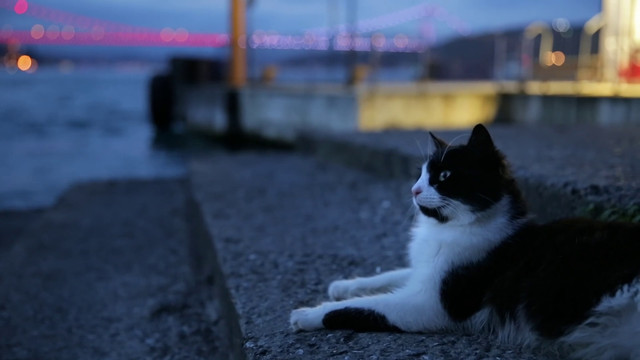 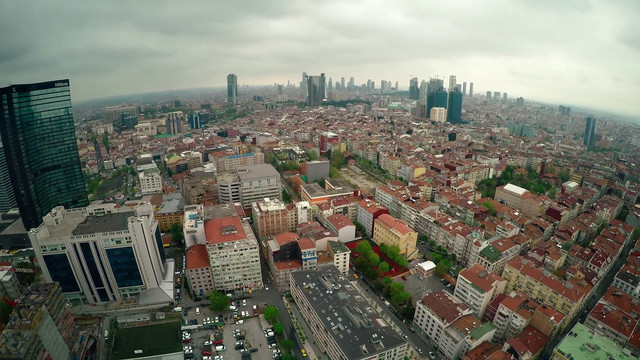 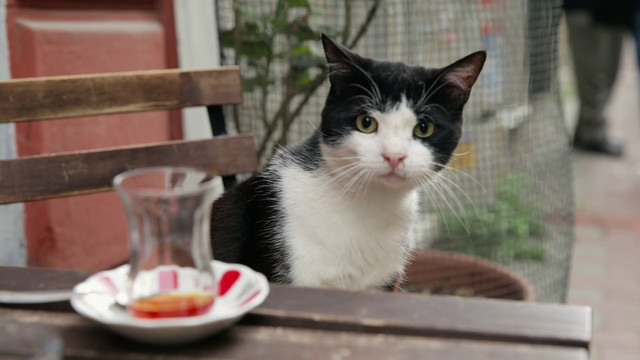