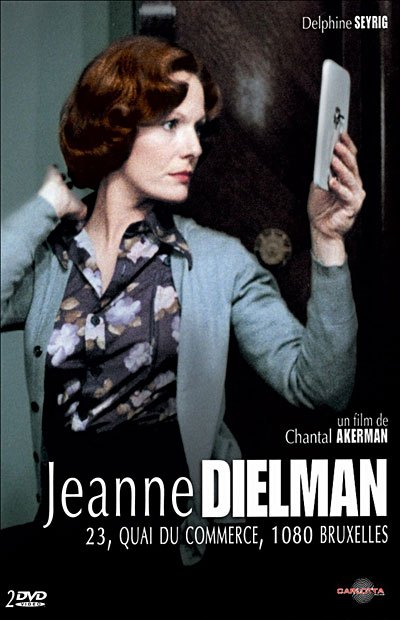 Synopsis:
A singular work in film history, Chantal Akerman’s Jeanne Dielman, 23, quai du Commerce, 1080 Bruxelles meticulously details, with a sense of impending doom, the daily routine of a middle-aged widow—whose chores include making the beds, cooking dinner for her son, and turning the occasional trick. In its enormous spareness, Akerman’s film seems simple, but it encompasses an entire world. Whether seen as an exacting character study or one of cinema’s most hypnotic and complete depictions of space and time, Jeanne Dielman is an astonishing, compelling movie experiment, one that has been analyzed and argued over for decades

Review:
In the unnerving silence of a sparsely furnished kitchen in Brussels, a poised, anonymous middle-aged woman (Delphine Seyrig) – identified only through the title of the film as Jeanne Dielman – completes her food preparation, places the contents into a large cooking pot on the stove, reaches for a match, lights the burner, and with chronological precision, finishes replacing the matchbox from its original location as the doorbell rings, switching the lights off as she leaves the room. The scene then cuts to an unusually framed shot of a truncated Jeanne at the entrance of the apartment as she accepts a hat and coat from an unidentified guest (Henri Storck) before retreating, out of view, into a bedroom at the end of the hallway. Moments later, the obscured image is reconnected to a familiar referential framing of the darkened hallway as the unknown guest re-emerges from the room and prepares to leave, handing Jeanne a pre-arranged sum of money before confirming their next appointment for the following week. She deposits the money in a soup tureen in the dining room, then returns to the kitchen to attend to the boiling pot, before tidying the bedroom and meticulously bathing and changing clothes after the encounter. And so Jeanne’s monotonous daily ritual unfolds through the tedium of household chores, impersonal sexual transactions, trivial errands, and alienated conversations with her son, Sylvain (Jan Decorte), revealing the silent anguish of disconnection and systematic erosion of the human soul.

Jeanne Dielman, 23 Quai du Commerce, 1080 Bruxelles is a visually rigorous, uncompromising, and understatedly harrowing portrait of alienation, repression, and marginalization. Using primarily long take, medium shots from the repeated perspective of a stationary camera, Chantal Akerman creates an innately disquieting atmosphere of stasis and monotony. From the opening image of Jeanne facing away from the camera, to her visually decapitated shot as she politely receives clients by the entrance hallway of the apartment, Akerman uses extended, isolated framing that inhibits personal identification of the title character and reinforces a pervasive sense of unconscious, mechanical activity. The repeated filmic cued scene transitions associated with the actuation of light switches throughout the apartment further underscore the fragmented nature and dehumanized automation of her domestic tasks. By presenting the controlled and deliberate gestures inherent in Jeanne’s ritualistic actions that betray an implicit violence beneath the veneer of structure and order – as she bathes (note the similar imagery of cleansing in Michael Haneke’s The Seventh Continent), knits, shines shoes (a familiar episode from Akerman’s short film, Saute ma ville), and peels potatoes – the film provocatively captures the unarticulated tragedy of estrangement, loneliness, and disconnection.
— Strictly film school 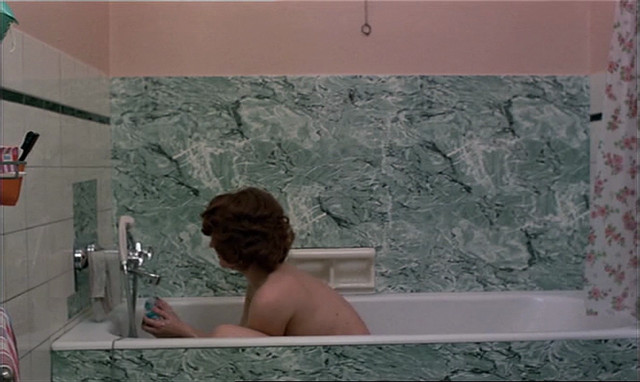 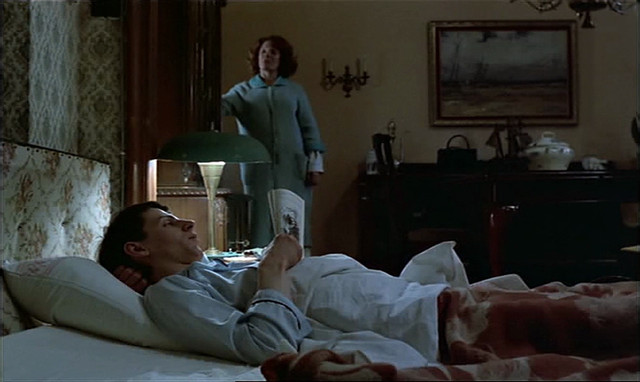 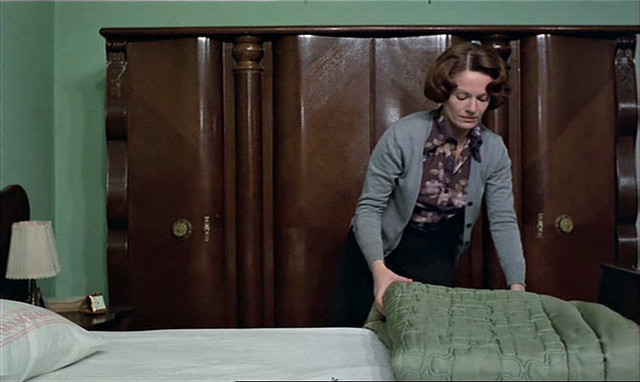 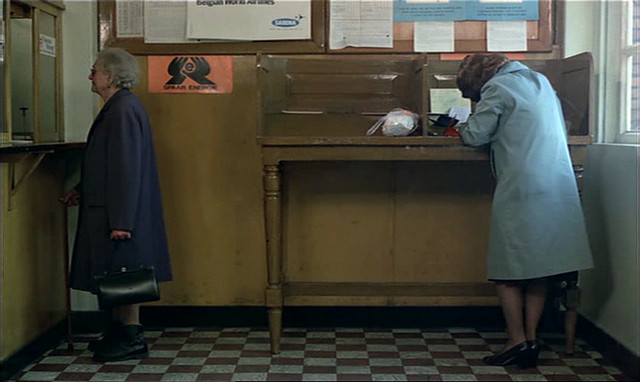 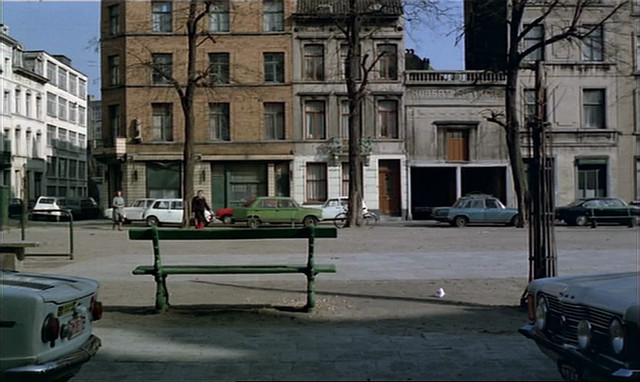 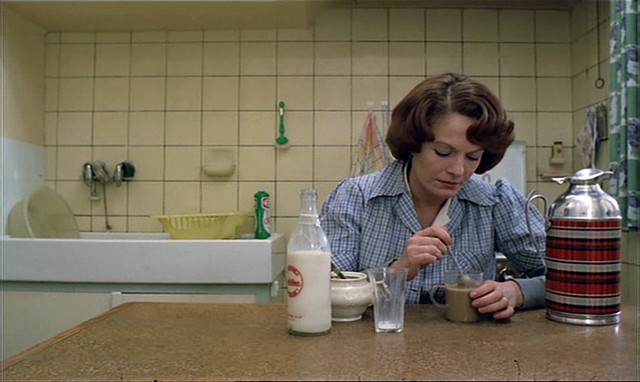