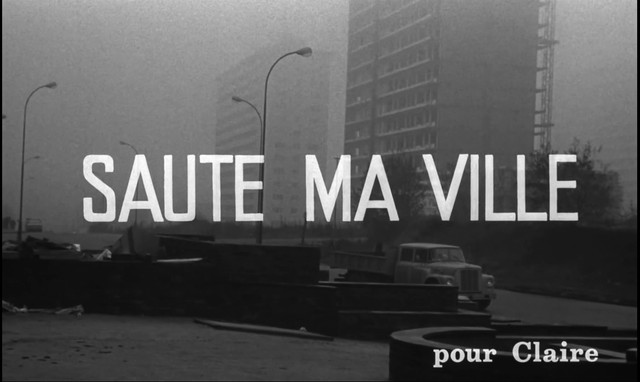 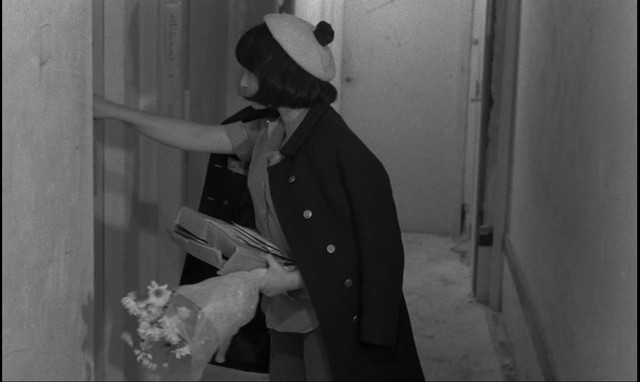 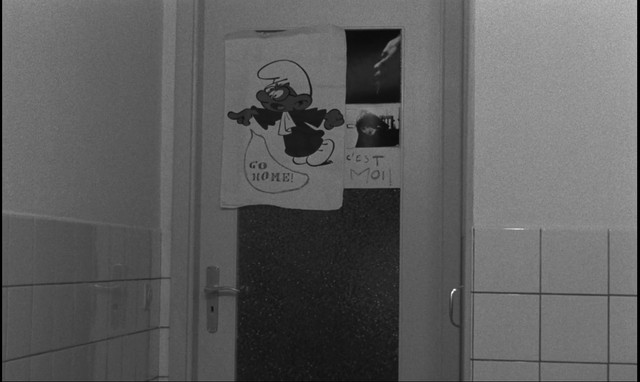 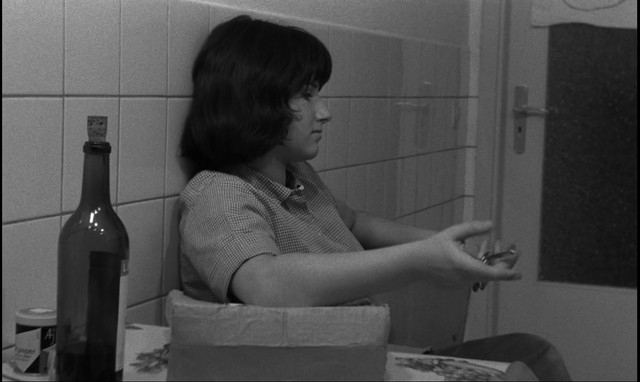 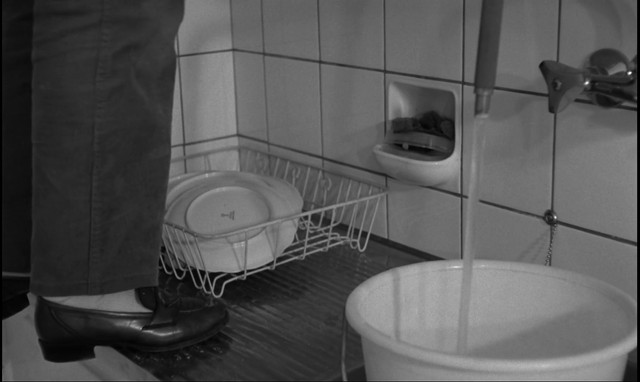 Quote:
I saw this first film by Ackerman on french channel Arte and I was fascinated by its simplicity of conception and execution. Ackerman gives a wonderfully quiet example of small, no-budget, personal short film which can be a lesson for any young and fresh student of film or anyone with a great passion( but not much means) for film-making and recording the world with a camera. young Ackerman plays in the film and from the first minutes you get the mood and the means together as the soundtrack of the film is solely composed of constant humming of some tune by -supposedly- the main character who is a lonely girl living in an apartment. This is one of the most ingenious approaches to the composition of film music I have ever heard! and you wonder if it has been repeated again. We follow the girl entering the building, up the stairs and into her small kitchen and very soon realize that we will only see HER. She keeps humming and even makes appropriate noises when attending to things in the kitchen. The obsession with the kitchen leaves one wondering ” Can a kitchen really drive someone mad?”. Here domestic life of a lonely woman seems like an unbearable and crushing prison with no hope of redemption( a theme that Ackerman returns to it later with great force). When the girls cooks and cleans and gradually makes a mess of everything you get a comical view of quiet breakdown rarely seen. Fixed camera position is in accord with a claustrophobic mood and also relates to a documentary style camera which the film emulates to some extent. This is a film about what we may -and usually will- call domestic hell ,though it never loses sight of intrinsic humor of the situation. I love Ackerman’s performance and her determination to be a filmmaker, standing on her own feet and making an amateur film a must-see. 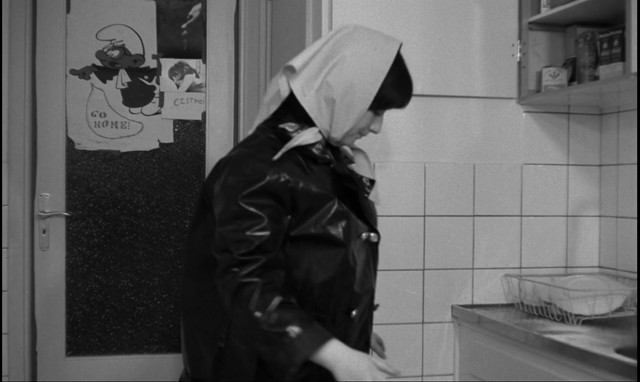 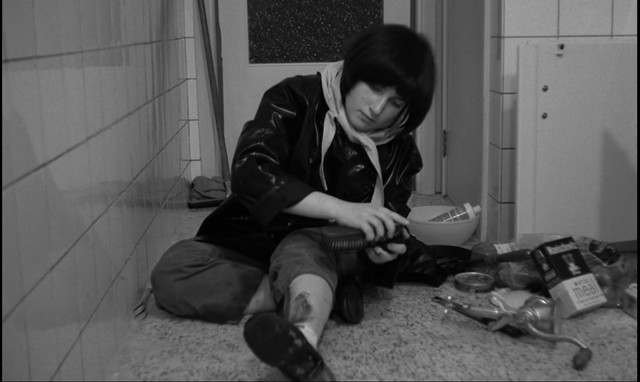 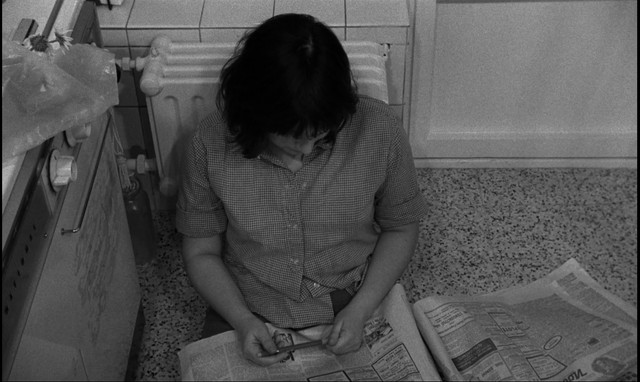 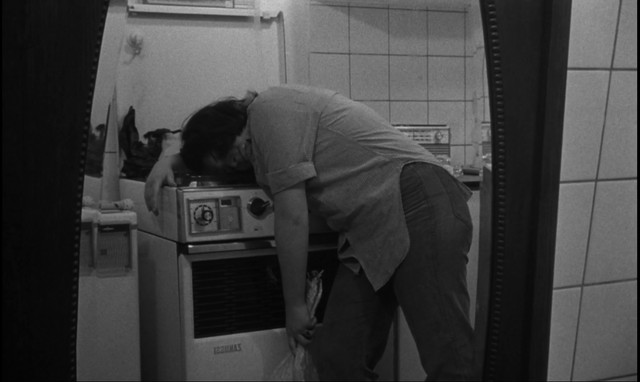