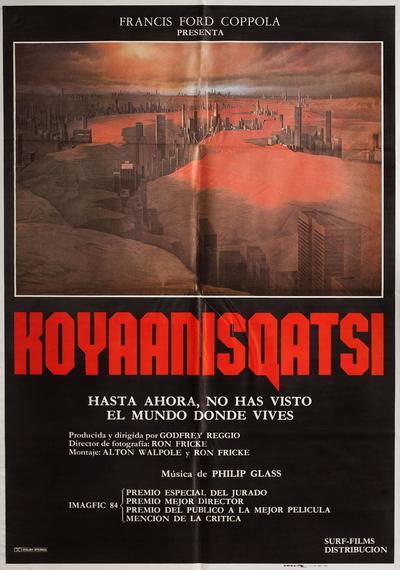 IMDB Review:
Godfrey Reggio’s Koyaanisqatsi is a film with no actors, no storyline, and no dialogue. The only things we see during the experimental documentary’s 87 minutes are natural landscapes, images of cities, and real people going about their regular lives. Yet from the very beginning, when we see the title of the film appear in blood-red characters and hear the voice of a bass soloist chanting the title like an incantation, it is difficult not to be swept away in captivation.

Filmed between 1977 and 1982, Reggio’s film was noticed by directing great Francis Ford Coppola who eventually agreed to finance the project and give it chances for distribution. Minimalist composer Philip Glass was optioned to compose the score, and the result was, quite simply, astounding.

Koyaanisqatsi is a collection of familiar images presented through tinted lenses (figuratively speaking). The experimental nature of the project can be seen in the reduced and augmented speeds of images, the use of carefully manipulated edits, and the use of Glass’s score to create ambience. There are times when the film exhibits an almost surreal quality more indicative of a twisted, futuristic, dystopian sci-fi epic than of our mundane world.

This is, however, what makes Koyaanisqatsi so successful. In presenting our world in a disquieting, unflattering light, the film forces us to ruminate on our place in the universe and the consequences of many of our actions. The film starts with serene, austere images of mountains, oceans, and forests, and the repetitiveness of Glass’s score does not bore us nor call attention to itself, but simply washes over us, entrancing us and instilling a sense of tranquility.

It is not long before the untainted images are replaced by nuclear power plants, highways, skyscrapers, rubble, fire and ash, and hoards of ant-like beings (humans, of course) scurrying through modern urbanity. Most times, humans are filmed at low-frame settings (making for faster speeds), and as a result, they seem frenzied, compulsively making their way through the cities in a manner that seems more conditioned than voluntary.

Glass’s score responds by heightening its tension and adding a semi-brutal nature to its repetitiveness. It is somewhat aversive, but at the same time exhibits a humorous and mocking quality. By cramming together so many images of humans behaving more like lab rats than higher, thinking beings and increasing the satirical nature of the score, the film invites us to consider just how depersonalized, mechanized, and out-of-control many aspects of our life are.

The conclusion of the film contrasts against the blackly comic nature of the previous section by instilling a sense of mourning and warning. As such, there is undoubtedly a political and environmental component inherent in this film, but this is the aspect that is, in my mind, most often misunderstood. Many critics (mostly detractors) have interpreted Koyaanisqatsi as a call to action, an invective that demands that we atone for the rape-like pillaging the human race has thrusted upon the natural environment. Following from this, these critics claim that the film’s message is that we would enjoy the planet more if we were not here at all, thus presenting a contradiction, since we would not be here to enjoy it.

In my own personal view, the flaw here resides in viewing the film as a tirade and a call to action. I find Koyaanisqatsi very clearly to be not a cry for reform, but a demand for awareness and meditation. There is an inevitability in the actions of human beings and their disregard for the care of their surroundings, and the wonderful thing about this film is that it forces you to experience the consequences and at least take notice of what each of us is contributing. It does not let you get away with indifference and nonchalance.

For me, however, the political component is less important than the stylistic component, which is one near and dear to my heart: the use of music to enhance the forcefulness of images. I acknowledge the fact that some will not be able to stand the repetitiveness of Philip Glass’s score (and it is very repetitive at some points). But if one can consider the motive behind the repetition, the music ceases to be oppressive and becomes sublime and entrancing. The score adds impact to an already stunning array of unforgettable images, the details of which I will not go into, so that one may see the film with fresh eyes.

I saw Koyaanisqatsi for the first time at a performance in which the visuals were projected onto a giant screen with the soundtrack being supplied by Glass and his ensemble, who had come for a live performance. I had barely made it in time, since I struggled to find a parking space and was drenched from running in the rain. The moment the film started, however, all of the accumulated tensions in my body completely dissipated. It was not at all a cerebral experience, but an instinctive one in which I enjoyed the images and sounds for their own sakes.

When I left the performance, I was in a hypnotic daze, transfixed by what I had just seen. My initial impressions haven’t changed to this day. I loved this film, and while the political and environmental concerns it addresses are important, what really makes this film for me is the instinctive, visceral power of its images and sounds. Koyaanisqatsi maroons its audience in an alternate version of reality that sheds disturbing light on our lives, and yet at the same time, it produces an unforgettable cinematic experience that is pervasively engrossing. 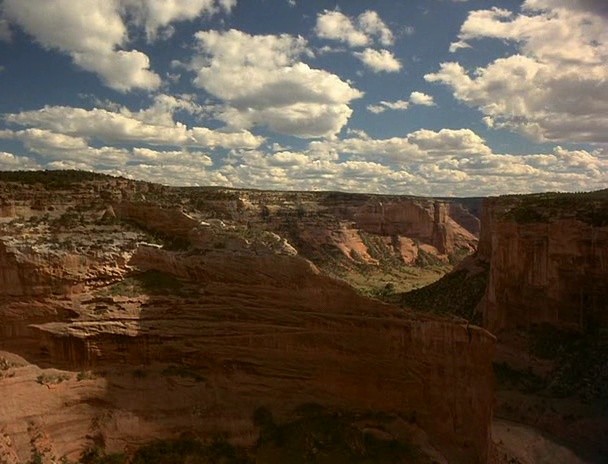 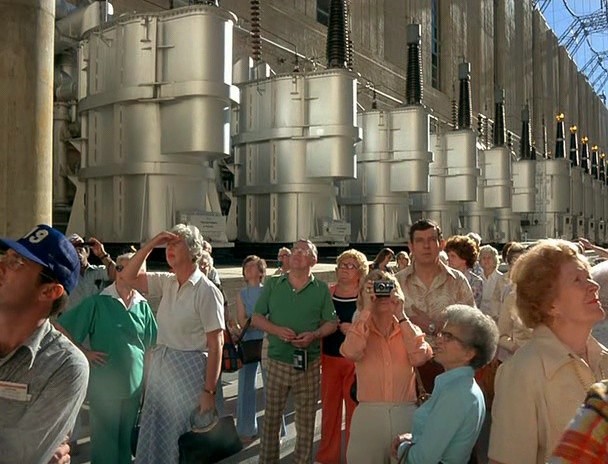 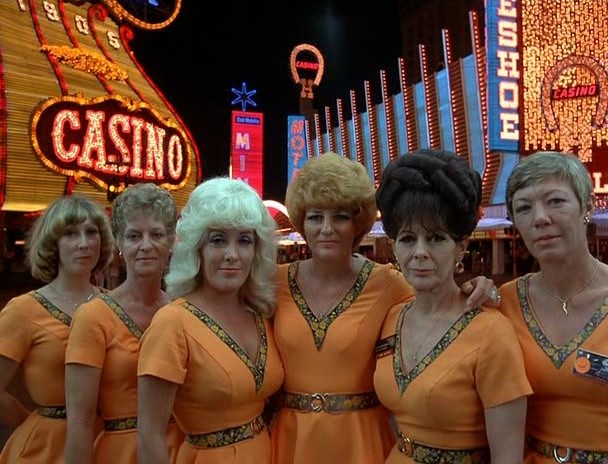 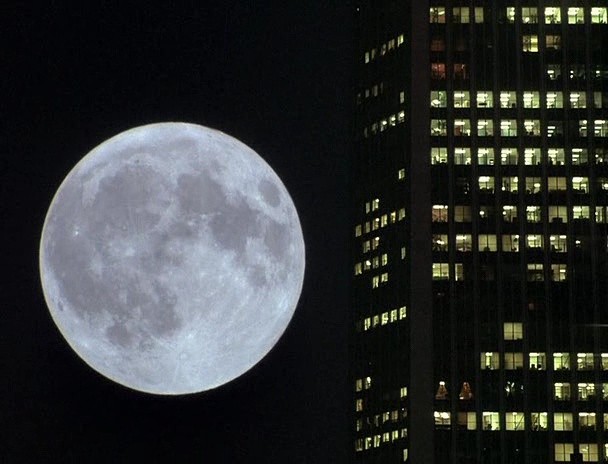