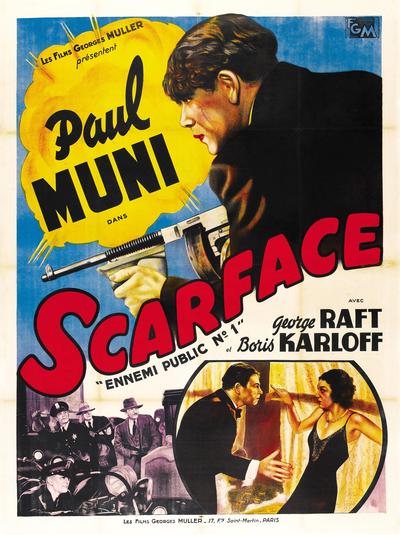 Plot Synopsis [AMG] Completed in mid-1930, Scarface, based on Armitage Trail’s novel of the same name, might have been the first of the great talkie gangster flicks, but it was held up for release until after that honor was jointly usurped by Little Caesar and Public Enemy. Paul Muni stars as prohibition-era mobster Tony Camonte, a character obviously patterned on Al Capone (whose nickname was “Scarface”). The homicidal Camonte ruthlessly wrests control of the bootlegging racket from his boss, Johnny Lovo (Osgood Perkins), and claims Lovo’s mistress, Poppy (Karen Morley), in the bargain. But while Poppy satisfies him sexually, Tony has a soft spot in his heart only for his sister Cesca (Ann Dvorak). The film’s finale is one of the longest and bloodiest of the 1930s, maintaining suspense and concern for the characters involved even though Muni has deliberately done nothing to make Tony likeable to audience.The grimness of Scarface is leavened by a few choice moments of black humor. Forced to leave a stage production of Rain in order to commit a murder, Tony returns to his theater seat and anxiously asks his buddies how the play came out. Some of the film’s funniest moments belong to Vince Barnett as the mentally deficient, illiterate gangster secretary, who at one juncture gets so mad at a caller on the phone that he shoots the receiver. Scarface features a famous “‘X’ Marks The Spot” logo, inspired by news photos of gangland murders: whenever a character is killed, the letter “X” appears on screen in one form or another. Example: When a rival gangster (played by Boris Karloff) is killed at a bowling alley, the camera cuts to his bowling ball knocking down all the pins — a strike, denoted, of course, by an “X.” Producer Howard R. Hughes couldn’t release Scarface until he toned down some of the violence, reshot certain scenes to avoid libel suits, added the subtitle “The Shame of the Nation” to the opening credits, and shoehorned in new scenes showing upright Italian-Americans banding together to wipe out gangsterism. After its first run, Scarface was completely withdrawn from distribution on Hughes’ orders; the film would not be seen again on a widespread basis until it was reissued by Universal in 1979, shorn of 8 of its original 99 minutes. 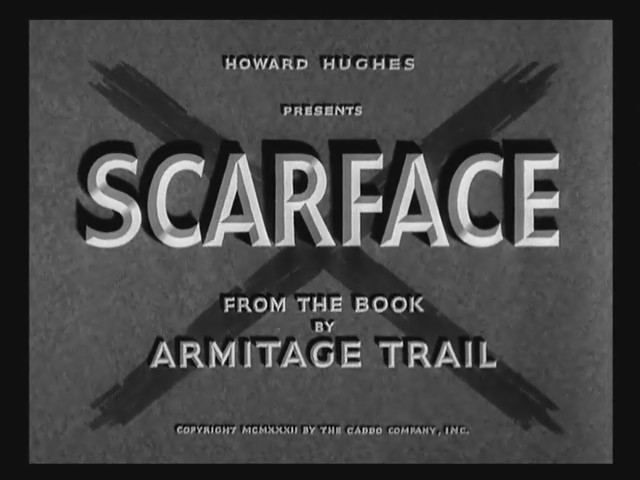 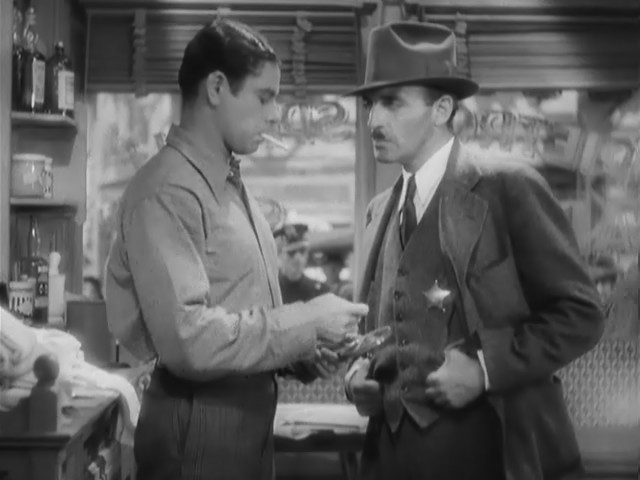 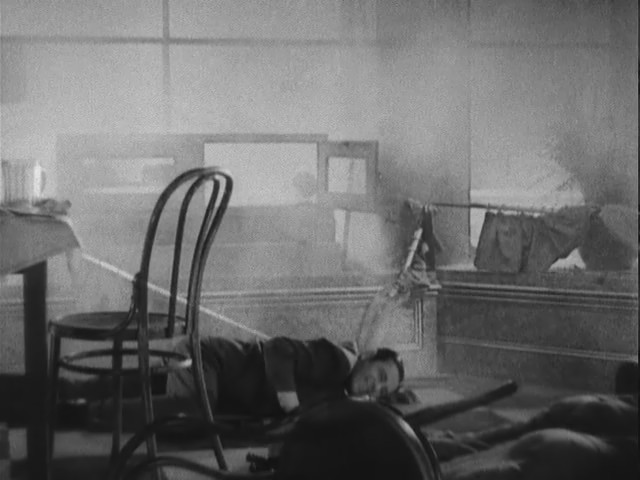