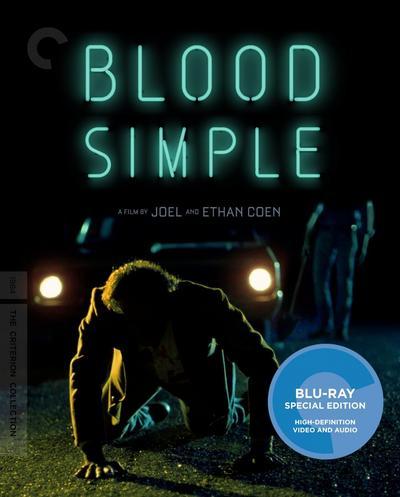 Quote:
If a little pearl-handled .38 goes off in the middle of the night and no one is around to hear it, does it make a sound? Blood Simple invites such sardonic musings from the viewer. This is a film compelled by minutia, but housed within big questions encircling philosophy and geopolitics. An opening voiceover on the difference between Russia and Texas introduces audiences to Visser (M. Emmet Walsh), a private investigator fitted with a zippo and cowboy hat. He’s a sloth who’s also a sleuth, hired by Marty (Dan Hedeya), a barkeep who wants to know the man that his wife, Abby (Frances McDormand), has “been sluicing.” Across the desk from Marty, Visser tells him it’s Ray (John Getz), one of Marty’s defective employees. Marty tells him that, in Greece, they would cut off the head of a messenger bringing bad news just to make themselves feel better. Visser, more amused than frightened, retorts: “Give me a call whenever you want to cut off my head. I can always crawl around without it.” One wonders: Does that make Visser a chicken or a snake?

Writer-directors Joel and Ethan Coen wrench their characters to the core of their viscera, not their minds. Therein lies the filmmakers’ turn from the classical period of film noir. Take Visser’s name as a pun; he’s a hefty man with a thin moral compass. The Coens surely crib the character from Touch of Evil, but not simply as an homage. If Orson Welles’s film is generally understood to be the end of Hollywood’s initial noir cycle, then Blood Simple, financed and produced independently, announces a resurrection of the style under a different order of operations, one linking the production methods of the ‘80s slasher cycle and other low-budget horror films to the possibility of a neo-noir cycle that could manifest through similar means.

Unfortunately, no U.S. director, excepting John Dahl, heard the Coens’ call. The brothers’ visual interests here unmistakably emanate, on one level, from Joel’s work as an assistant director with Sam Raimi on The Evil Dead. But while many have noted the “shaky-cam” shot lifted from Raimi, used as Marty drags Abby out onto Ray’s front lawn, few have aligned the similarities of camera movements and techniques between Blood Simple and Halloween. James Naremore says Blood Simple contains “hyper-Wellesian tracking shots,” but the movements seem more approximate to the Steadicam as used by John Carpenter, so that whenever characters move through space, the camera emphasizes the space’s enclosure, not its widening. Moreover, Ray and Abby’s chat inside a car seems plucked straight from Halloween‘s post-prologue scene, with the rainy night creating a chiaroscuro effect of blacks and blues.

If Blood Simple is understood to be in dialogue with its horror contemporaries, analysis can shift from noir’s focus on psychological and existential fears to both that of the body in trauma and the body of genre cinema itself as a meaningful form for contemporary thought. Lest the Coens be lumped in with the pastiche hacks of the world, Blood Simple comprehensively thematizes miscommunication, rendering nearly every scene a meditation on some form of mixed signals.

The film’s focus on acts of speech extends to technological forms of cultural meaning. When Meurice (Samm-Art Williams), a bartender, hops across the bar to play Four Tops’s “It’s the Same Old Song” on a jukebox, the joint’s patrons—mostly white—are characterized through a single reverse shot, in which their confused looks and slight headshakes suggest displeasure at being denied their next honky-tonk anthem. Meurice’s act, though innocuous within the surrounding narrative, seems illustrative in hindsight of the Coens themselves as artists, determined to resurrect an oldie that many patrons—or viewers—preferring the homogenous background noise (of standard-issue Hollywood) won’t be interested in hearing.

The same goes for several fastidiously written conversations, particularly between Ray and Abby; they utter nearly one hundred lines of dialogue throughout the film without a clear exchange of meaning. Ineptitudes, whether in action or contemplation, yield characters with broken fingers, bloody noses, and holes in their guts. But Blood Simple cannot be reduced to its body count, because the Coens aim to break genre cinema’s glass ceiling of so-called style over substance. Some of it is rather puerile play with the medium itself, as when Ray’s car, which won’t start, itself momentarily halts Carter Burwell’s piano score. Most of the film, however, reforms cinematic meaning from within its archetypes, so that at the end, when Abby thinks she’s finally killed Marty, the collective force of the Coens’s tightrope walk hits our spleens with a force far greater than that of a butcher knife. 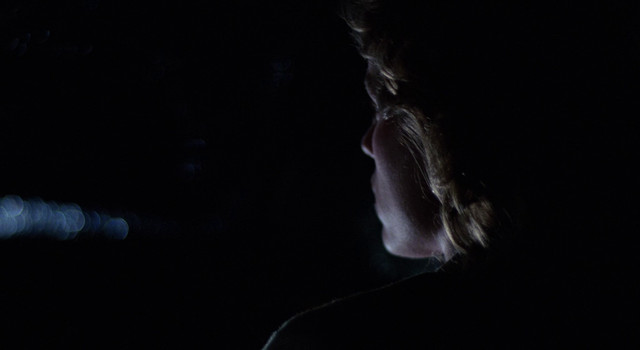 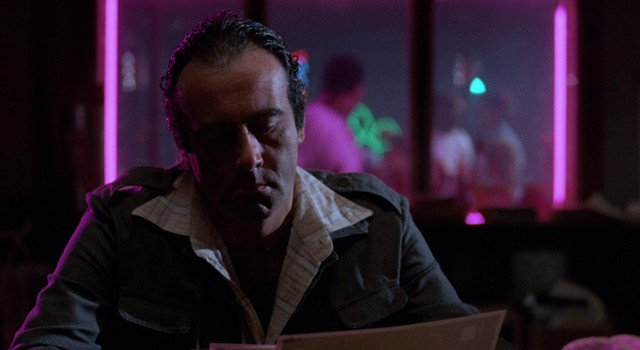 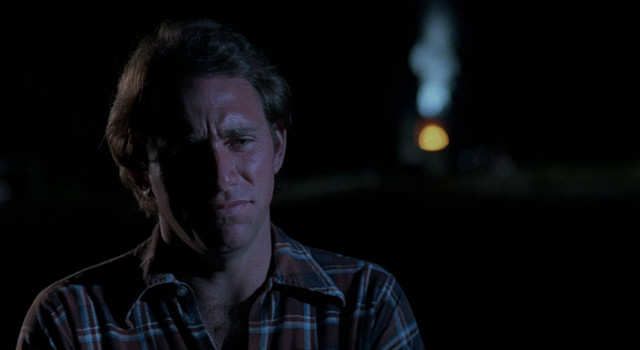 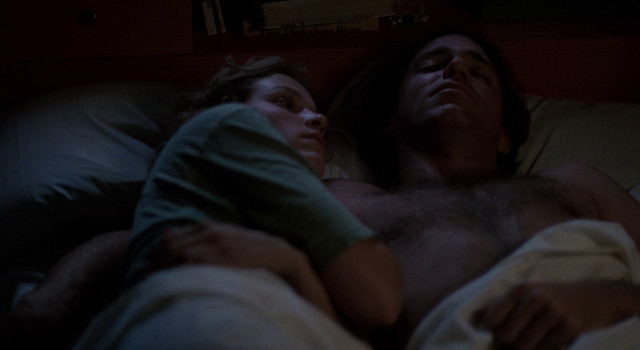 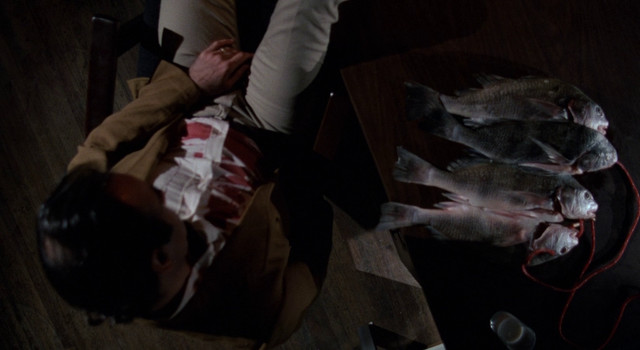