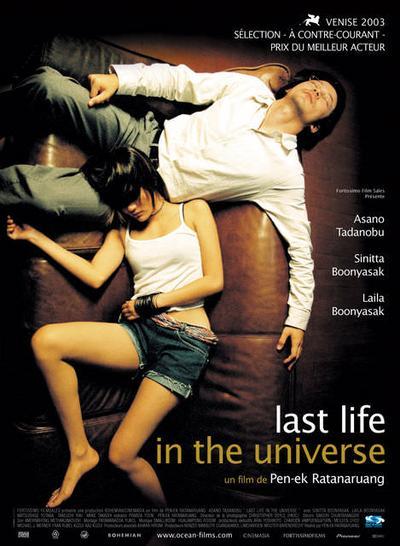 Quote:
An introspective, obsessive-compulsive Japanese expatriate named Kenji (Tadanobu Asano) reflects in voice-over the overt absence of motivation for his desire to end his life as he meticulously arranges the requisite accoutrements for his latest suicide attempt: a hangman’s noose strategically rigged towards the center of the hallway so that his lifeless body is visible upon entering the front door, a neat pile of books to stand on and eventually kick out beneath his feet, an obligatory note cradled on the palm of his hand – facing forward – that enigmatically reads “This is bliss”. It is a carefully orchestrated scenario staged for dramatic effect that would soon be abruptly – and rudely – interrupted by the incessant ringing of the doorbell after which he is greeted by his animated and presumptuous brother, a volatile and ill-mannered yakuza named Yukio (Yutaka Matsushige) lying low from his mob boss after having an affair with his daughter, who then hands him a six-pack of beer, a pair of shoes, and a gift-wrapped box that, as he immediately clarifies, is not intended to be a present for him.Momentarily distracted from his task at hand and reluctant to return home, Kenji returns to the ordered, predictable routine of his lonely life by working at the library of the Japan Cultural Center in Bangkok where one day, he catches the unusual sight of (and cursorily exchanges a passing glance with) a young woman dressed in a schoolgirl uniform as she browses through an adjacent aisle. A subsequent episode provides a context for the young woman, Nid’s (Laila Boonyasak) strange attire as her sister Noi (Sinitta Boonyasak) angrily confronts her at her job, working as a barmaid at a notorious gentleman’s club that caters to the adolescent fantasies of a predominantly middle-aged businessmen clientele. Continuing their argument on their drive home into the province, Nid’s unapologetic demeanor further infuriates Noi, who orders her sister out of the car at a bridge overpass where, coincidentally, Kenji has been sitting on a barrier rail overlooking the water as he contemplates his jump. Catching sight of each other on opposite sides of the bridge, the destinies of Kenji, Noi, and Nid would soon become inextricably bound by that moment of their shared connected glance.

Visually sublime, understatedly realized, and lucidly evocative, Last Life in the Universe is a haunting and deeply moving portrait of despair, alienation, grief, and healing. From Kenji’s character introduction through envisioned suicidal thoughts, Pen-Ek Ratanaruang illustrates his familiar penchant for incorporating surreal elements and modulations of reality that not only reflect the filmmaker’s innate eccentric whimsy, but more importantly, his ability to capture the gentle humor, awkwardness, and vulnerability that underlie humanity’s covert, often desperate quest for connection: Kenji’s recurring visions of death; his thorough cleaning of the house that is visualized through Noi’s liberating, but melancholic hallucination while under the influence of drugs that reveals her childlike joy over her new companion; Noi and Nid’s interchangeable presence in the house (in an idiosyncratic character swap that recalls the use of two alternating actresses, Carole Bouquet and Angela Molina to play the role of Conchita in Luis Buñuel’s That Obscure Object of Desire) that conveys Kenji’s intrinsic reconciliation with both women; and later, Kenji’s idyllic, temporally indeterminate images of Osaka. (Note the partial art panel from Maurits Cornelis Escher’s 20 block woodcut strip, Metamorphose II in Kenji’s apartment that further alludes to his own sense of incomplete transformation from his nebulous past.) It is this acceptance of imperfection and illogical, uncontrollable destiny that is figuratively reflected in the indelible image of Kenji’s momentary transcendence while lighting a cigarette – a profound longing to savor the exhilarating, yet inevitably bittersweet taste of transitory human connection. 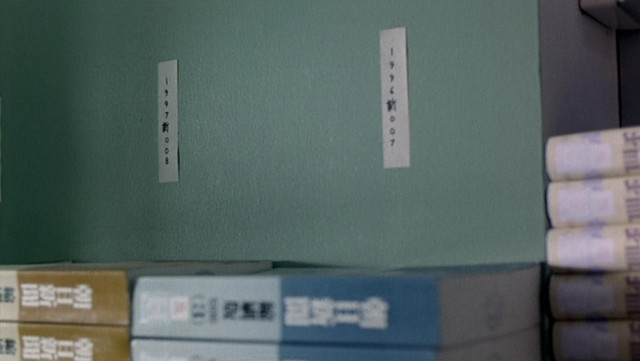 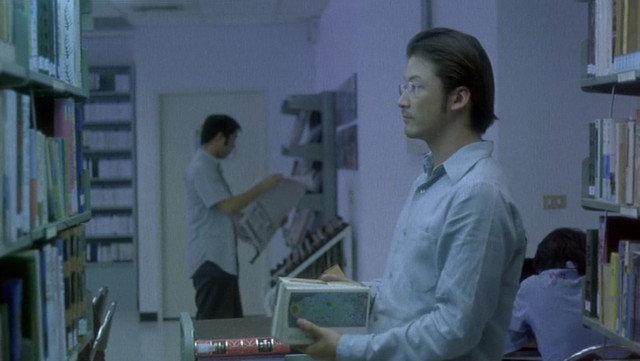 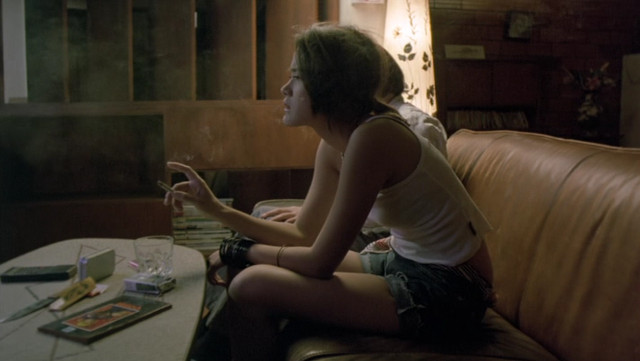