Seijun Suzuki – Hachijikan no kyôfu AKA Eight Hours Of Terror (1957) 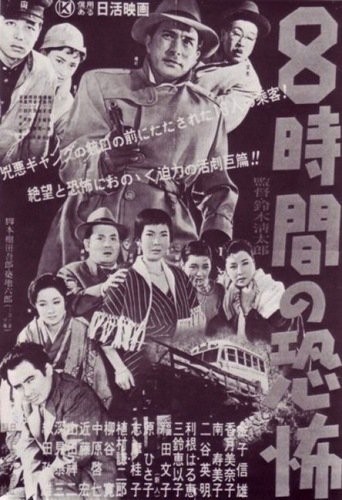 Quote:
“8 Hours of Fear = 80 surprisingly entertaining minutes! This is the earliest Suzuki I’ve seen, before the man was even named “Seijun” (opening credits bill him by his birth name “Seitaro Suzuki”). A cast of diverse characters embark on a perilous bus journey (the railroad is out of commission, it seems) through known gangster territory. Think Stagecoach with yakuzas instead of attacking Apaches or Lifeboat with bumpy mountain roads in place of the high seas. Or, if you’re going to get all modern about it, maybe a slightly slower Speed (at 60mph).

Despite its age, this film is fast-paced and character rich, like a dress rehearsal for all the “types” to come in Suzuki’s later films. The passenger list on this bus to potential oblivion includes: The Student Bound to Honor, The Prostitute in Hiding, The Fussy Businessman, The Spoiled Actress, The War Veteran who’s also a Wife Murderer and, of course, The Yakuza who’s a low-down dirty yakuza. Along the way, we get crumbling old bridges, bear traps used to snare humans, bags of stolen money and a crying baby in mortal danger with a gun repeatedly placed to its temple. What’s not to love?

The dialogue is spirited and some of the interactions between passengers quite racy for its time. If this movie were made in America the same year rather than at the bottom of a double bill in Japan, I’m convinced it would be a classic playing every other month on TCM.” Cahiers Du Cinema 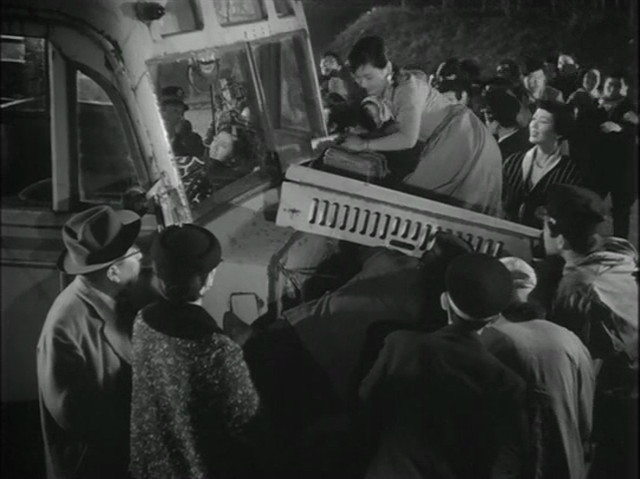 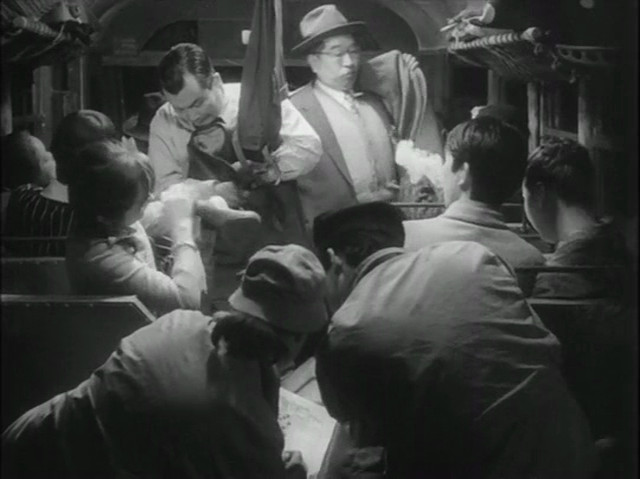 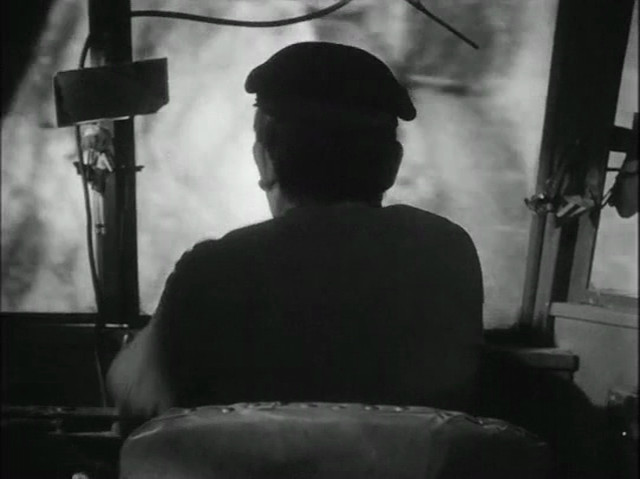 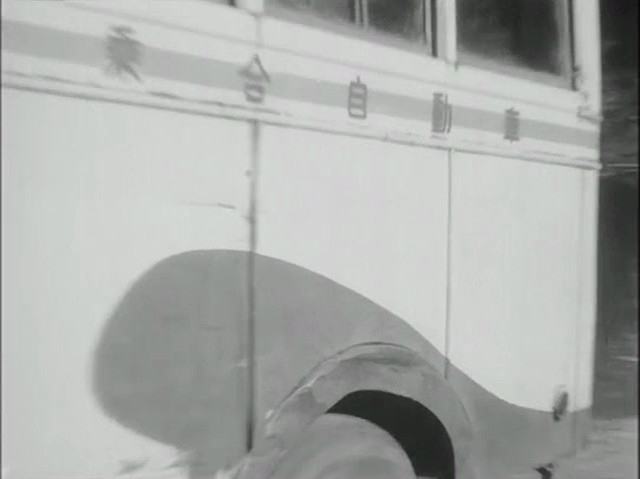 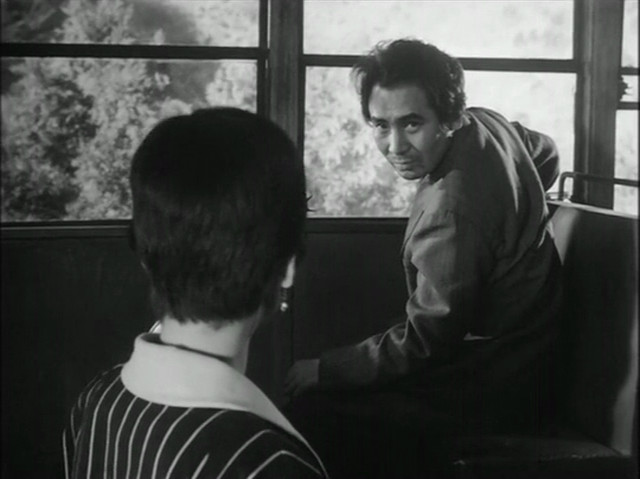