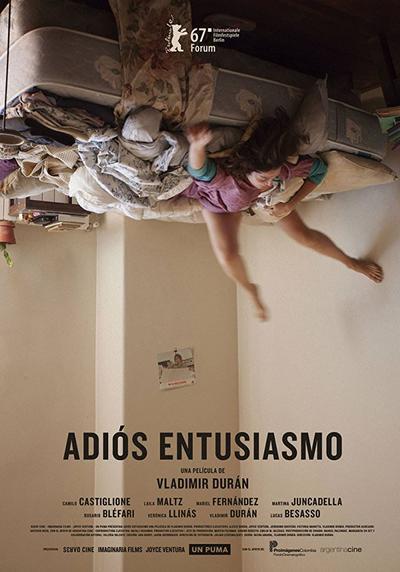 Ten-year-old Axel lives with his mother and three sisters in a flat in Buenos Aires. The mother, Margarita, lives locked up in a room beyond the bathroom, while the children are her prison guards. The children communicate with her mother through a small window, giving her blankets, DVDs and reading material and celebrating her birthday in the corridor. When she’s eventually had enough, it’s Axel that must decide what to do.

Mubi wrote:
Every family has its own rule book. With traces of Martel and Lanthimos, So Long Enthusiasm plunges into the uncanny, challenging our idea of normalcy by braiding filial dynamics, claustrophobia and surrealism as if invoking Kafka. Unsettling and tender in equal parts, this is a staggering debut.