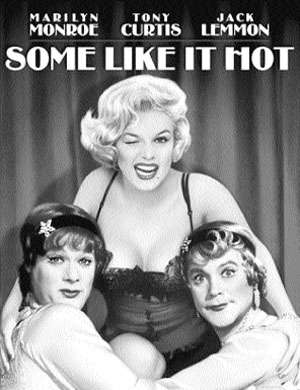 Life gets really complicated when Joe adopts another male persona to seduce “Sugar”, and the Chicago mobs turn up for their convention at the hotel where our heroes are playing. 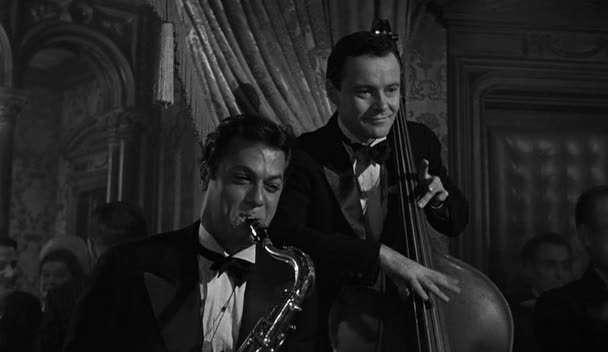 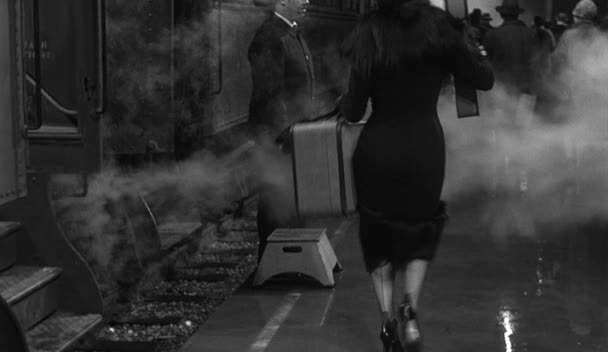 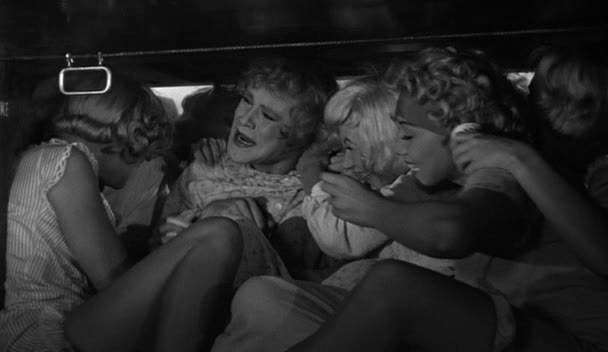 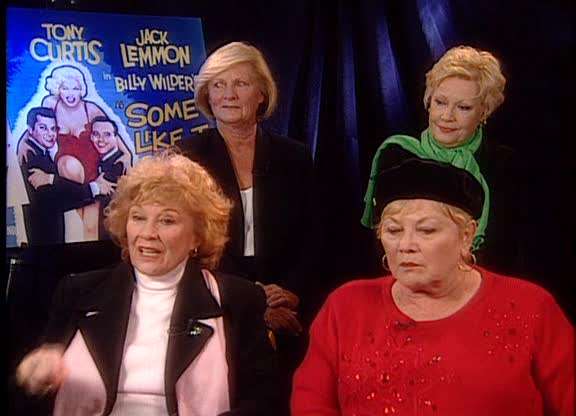 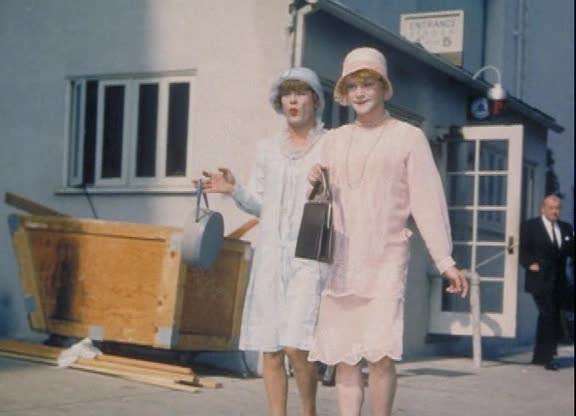 – Full-length commentary featuring interviews with Tony Curtis, Jack Lemmon and more — It’s nice to have, but it’s a lackluster effort that adds little to the more informative and entertaining new featurettes on Disc Two. Chief voices here are I.A.L. Diamond’s son and the screenwriting team Lowell Ganz and Babaloo Mandel (Splash, Parenthood, A League of Their Own, Night Shift, and more). They give us their personal appreciation of the scene-by-scene action, and that’s not enough to hook us into the whole thing. Edited among them are archival interludes from Lemmon and Curtis. It does no harm, but it only occasionally rises a bit beyond the ordinary.

– Documentary The Making of “Some Like It Hot” (26 mins.) — A casual, well-made thumbnail history assembled from new and archival materials that chronicle the film’s writing (including good moments spent on Joe E. Brown’s closing line) and production. On hand are Curtis, Lemmon, and Wilder, with I.A.L. Diamond’s widow, Barbara Diamond. So we get the production history told by first-person reminiscences and anecdotes from the participants. At last we get some oft-told tales, such as Monroe’s troubled “bourbon” and “It’s me, Sugar” scenes, straight from the source. Monroe is lauded but doesn’t receive the kid-glove treatment from her co-stars or, especially, Wilder. Otherwise it’s clear that their memories of the experience are fond ones.

– Documentary The Legacy of “Some Like It Hot” (20 mins.) — An even more nostalgic and warmly felt companion piece to The Making of…, this one adds Hugh Hefner, UCLA cinema professor Harold Suber, producer Walter Mirisch, and director Curtis Hanson (L.A. Confidential, Wonder Boys) to Lemmon, Curtis, Wilder, and Mrs. Diamond. Hanson tours us through the studio lot where Wilder’s writing office existed before a fire gutted it. Monroe gets a more generous treatment this time, and we get color footage from the shoot at San Diego’s Hotel Del Coronado. Also probed is the film’s position as a sexual envelope-pusher straddling the pathologically conservative 1950s and the liberating openness of the oncoming ’60s. When Hugh Hefner, in his red silk jim-jams, calls your film sexually revolutionary, that’s something you can hang your wig on.

– Nostalgic Look Back (31 mins.) — An interview with Tony Curtis by Leonard Maltin. While it’s entertaining to hear Curtis’s generous behind-the-scenes memories of working with Monroe and Wilder and Lemmon, he’s also unctuous and self-congratulatory as he regales us with accounts of his clever inventiveness on set. He remains likable in an insufferable sort of way, but there’s a whiff of greater interest in his own image. Maltin’s lapdog approach to the interview and Curtis’s apparent patronage of the William Shatner Hair Club For Men don’t help. When they get into how neato it is that they’re recording this interview for a DVD that we are now watching, that just sucks up allotted time with the most obvious point they could make.

– Memories from the Sweet Sues — This 12-minute retrospective interviews four of the bit-part actresses who played members of the all-girl jazz band. More interesting than I would have thought, the actresses in this pleasant photo-album reminiscence genially recall being on the set, and of course most of the talk revolves around Monroe. They praise her charms while also adding more stories about the star’s tardiness and unpredictability. Wilder, Curtis, and Lemmon also get some props, and the featurette feels like a homey reunion of sorority sisters bringing back the good times.

– Interactive 3-D Hall of Memories — A grandiose name for a 21-minute montage of stills, scene snippets, and “Never-Before-Seen” photos devoted to Monroe, Curtis, Lemmon, Wilder, and Behind The Scenes. The ornate gold museum frame surrounding it all is more than a little annoying.