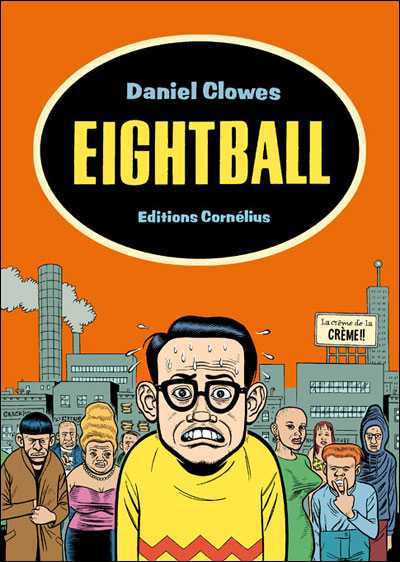 Eightball is an alternative comic book series written and drawn by Daniel Clowes. The first issue was published by Fantagraphics Books in 1989. It has, since the 1990s, consistently been among the best-selling independently authored comics.

Alienation is a recurring theme in the series. Clowes is also known for nuanced dialog and character delineation that is distinctly at odds with the broad approach stereotypically associated with comics.

The first extended piece serialized in Eightball was Like a Velvet Glove Cast in Iron. This work featured a disjointed, surrealistic storyline. Subsequently, Eightball has featured fewer short comedic and surreal stories in favor of longer storylines with more focus on character and interpersonal relationships. Ghost World, released as a graphic novel after being serialized in Eightball, is an example of this later approach. Ghost World was adapted by Clowes into a full-length feature film; Clowes (with his collaborator, director Terry Zwigoff) was nominated for an Academy Award for screenplay writing.

Clowes continues to issue Eightball sporadically, with the most recent issues (#22, 2002 and #23, 2004) each conceived as an artistically ambitious self-contained work, featuring oversized, all-color formats.