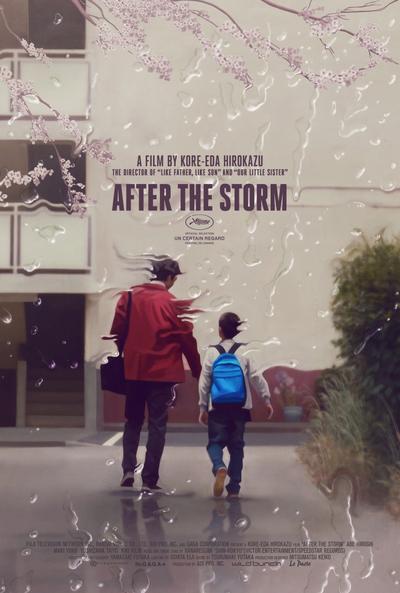 A prize-winning author that wastes his money on gambling struggles to take back control of his existence as his aging mother and ex-wife move on with their lives, until a stormy summer night offers him a chance to bond with his young son once again.

Tara Judah wrote:
From sentiment to scenario and across his characters, places, imagery and impressions, Kore-eda’s films have a melancholic tonality that represents the aching of the human soul.

Familiar themes are revisited here including; broken families, the problem of the patriarch, strained relationships between fathers and sons, coming to terms with grief, as well as the unutterable bond that is created and strengthened through taking time to share a meal together.

Here, Ryota (Hiroshi Abe) returns home after a patriarchal death in the family, hoping to find the strength to take up his own role within the flimsy structure of gendered society. The territory is well trodden as Abe played another son trying to become a symbol of the patriarch after a familial death, also named Ryota, in Kore-eda’s 2008 film, Still Walking.

Divorced, living in a tiny, unkempt apartment and spending more of his private detective income at the race track than on child support, Ryota is struggling to get a handle on life. Desperate for money but, unwittingly, even more desperate for the nourishment of his soul, Ryota must face the incoming typhoon with a strong heart, filled with what he does not have: honesty and resilience. It is not enough to blame “the times, this petty age we live in” for his shortcomings, we are told. Kore-eda wants us all – in the audience as much as his characters onscreen – to reflect upon the responsibilities we assume for both the beauty and harm we enact upon each other.

The film, as with his entire body of work, is peppered with succinct and telling character revelations that knowingly provide us with Kore-eda’s own voice, as a plea to the entirety of human kind; Yoshiko (Kirin Kiki), Ryota’s mother (for the second time, after Still Walking), is the spirited and surviving matriarch, and her comments are Kore-eda’s best, “A stew needs time for the flavours to sink in: so do people, ” and “You can’t find happiness until you’ve let go of something.” Thankfully, Kore-eda’s dialogue, no matter how blatantly or wilfully prophetic, is always self-aware, “I said something deep, didn’t I?” Yoshiko says and laughs, after pondering why she has never “loved someone deeper than the sea.”

But it is not the dialogue that makes the film so moving. Rather, it is that he finds subtle and poetic ways to show us the unfathomable hurt and incomprehensible love humans are capable of. We wound as well as we heal and no matter how painful the melancholy in his films can be, Kore-eda is a filmmaker in whose hands I would happily entrust my emotions every time. Through careful mid-shots and select close-ups, soft but not slow pacing and honest framing that allows the mise-en-scène to speak up without passing judgement; Kore-eda’s exploration of humanity is gentle even if the human behaviour is sometimes unkind.

Bilge Ebiri wrote:
It would be easy to make such material into a tragedy, a judgmental look at a man’s agonizing downfall. But for Kore-eda, this is just a glimpse of ordinary humanity. Shinoda’s setbacks aren’t all that different from the infidelities and failures he documents at his private-eye job. “For better or worse, it’s all part of my life,” says one woman who’s just discovered her husband is cheating on her. That gentle respect for human fallibility shines throughout After the Storm, as Kore-eda patiently charts the process by which Shinoda comes to understand that he will never become the man he wants to be — and learns to reconcile aspiration and acceptance.

Kore-eda’s stories, such as they are, unfold in unlikely ways. He doesn’t play so much with structure, but with focus: He’ll allow a scene to go on and on before slipping in a crucial bit of narrative information that leads to something else. In the hands of a lesser director, that could result in tedium, but Kore-eda’s love for his characters, his ability to imbue an exchange or glance with warmth and humor, keeps us watching. You can lose yourself in his films — wondering what’s around every corner, and what’s going on in the mind of even the most minor of characters.

Justin Chang wrote:
Set during an unusually active typhoon season, the film centers around Ryota (Hiroshi Abe), a divorced dad and onetime novelist who’s now eking out a living as a private investigator — a premise that initially sends out some intriguing noirish vibes. But Ryota’s detective work ultimately draws him back toward the family he’s long neglected, as he tries to bond with his young son (Taiyo Yoshizawa) and halfheartedly rekindle affections with his ex-wife (Yoko Maki). Nudging everyone gently from the sidelines is Ryota’s mother (Kirin Kiki, who previously starred with Abe in Kore-eda’s “Still Walking”).

After this film and his underrated “I Wish” (2011), it’s hard to think of another filmmaker who maps the emotional landscape of divorce-torn families as precisely as Kore-eda, who always steers his characters toward reconciliation and understanding without saccharine. Predicated on the revelatory power of shared meals and small talk, “After the Storm” builds to a scene of three people running around in a heavy downpour — a wistful, funny and indelible vision of a family coming together to chase an impossibly happy dream. 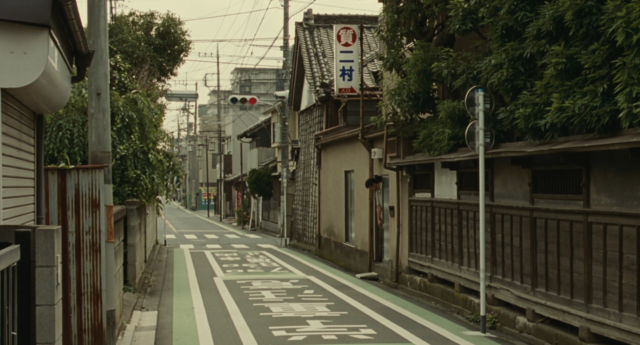 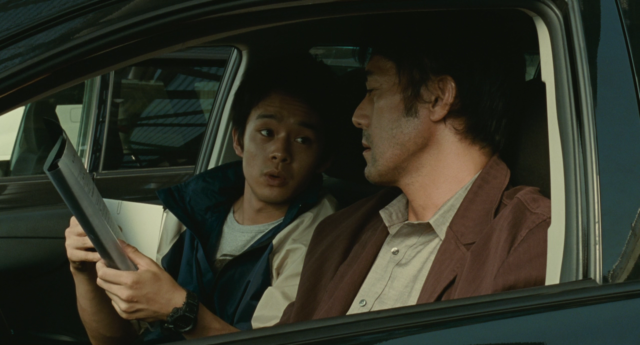