Sokol and Lorna, two Albanian emigrants in Belgium, dream of leaving their dreary jobs to set up a snack bar. They need money, and a permanent resident status. Claudy is a junkie – he needs money to satisfy his addiction. Andrei, the cigarette smuggler, must hold up for a while outside Russia; he has loads of money. Fabio, the Italian taxi driver and aspiring gang boss, elaborates a clever scheme: he will pay Claudy to marry Lorna so that she acquires a Belgian citizenship. Then she is to re-marry Andrei, who will in this way obtain the coveted EU passport – and pay a hefty price to Fabio and Lorna for the service. Like all plans, this one will not survive the contact with reality. 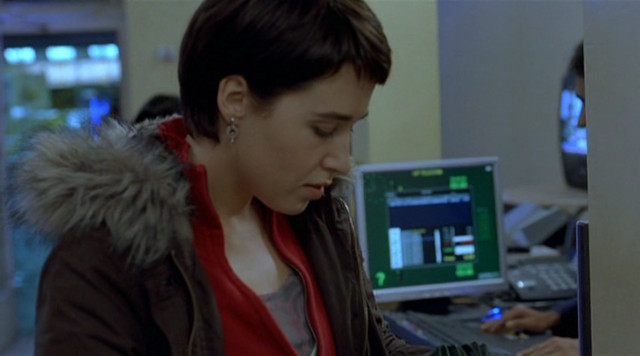 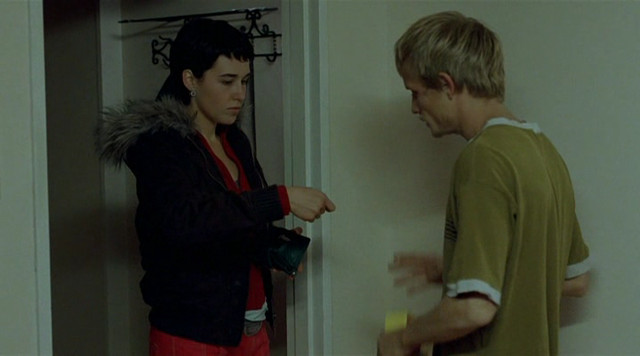 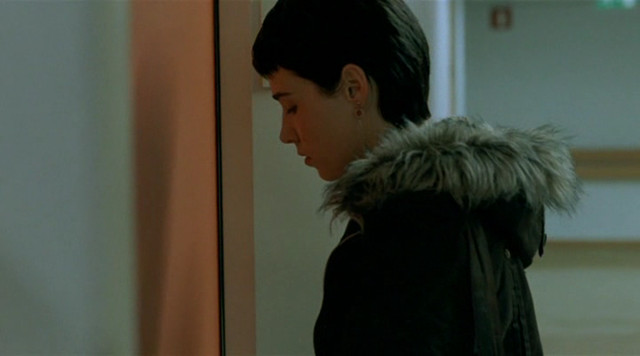 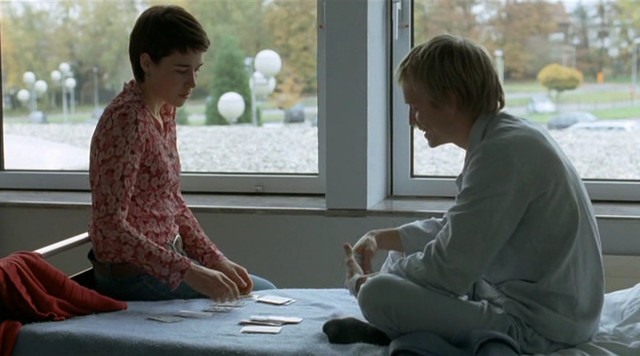 Variety review
by Justin Chang
Having developed one of the most consistent (and consistently excellent) filmmaking resumes over more than a decade, Belgium’s Dardenne brothers make some slight adjustments to their formula but maintain their unblinking commitment to human nature and the possibility of grace in lowly circumstances in “Lorna’s Silence.” A resolutely naturalistic portrait of a young Albanian woman having second thoughts about a cold-blooded immigration scam, the film doesn’t pack the same cumulative wallop as the brothers’ earlier work, but its low-key artistry, immaculate construction and fine performance by relative newcomer Arta Dobroshi should rouse the usual fest acclaim and arthouse interest.
Few directors offer the patient viewer such consummate rewards as Jean-Pierre and Luc Dardenne, longtime documakers whose uncompromising, beautifully observed studies of Belgium’s urban poor (including Palme d’Or winners “Rosetta” and “L’Enfant”) reveal a peerless talent for conjuring drama out of the mundane and wresting emotion from determinedly unsentimental material.
“Lorna’s Silence” is their first feature not set in their hometown, Seraing, but rather in the more densely populated city of Liege — a logical backdrop for a tale of hard-scrabble immigrants trying to secure their livelihoods through less-than-honest means.
Albanian Lorna (Dobroshi) is introduced rifling through euros in her wallet — an action that will be repeated throughout, pointing to the drama’s material underpinnings at every turn. Pic teases out the complexities of her situation in gradual but absorbing fashion: About to secure Belgian citizenship through her marriage of convenience to hapless junkie Claudy (Dardennes’ regular Jeremie Renier), Lorna is in cahoots with local lowlife Fabio (Fabrizio Rongione), who has arranged for her to remarry a Russian mobster in exchange for a hefty sum.
But when a divorce from Claudy proves hard to come by, Fabio plots to have him die by overdose. Venal but not without scruples, Lorna tries to spare Claudy and hasten divorce proceedings by feigning domestic abuse (scenes in which she tries to get her reluctant husband to hit her provide the rare moment of levity) — all the while holding down a job, carrying on a relationship with lover Sokol (Alban Ukaj) and putting up with clingy Claudy’s pleas for help and attention as he desperately tries to stay clean.
How Lorna’s silence implicates her in what happens next, despite her better intentions, affirms the Dardennes’ offhand skill at orchestrating momentous drama, their recognition of the abrupt, unexpected ways in which an individual’s life and expectations can be swiftly upended.
Viewers who have followed the helmers’ work won’t be surprised to learn that “Lorna’s Silence” is a drama of redemption that coalesces through one character’s gradual awakening to the needs of another. That well-worn arc lends the pic, despite some unexpected developments, a predictability that leaches some suspense from the second half. While Lorna grows a conscience as persuasively as the central characters in “The Son” or “L’Enfant,” her gauntlet of physical and emotional trials isn’t, in the end, quite as wrenching.
Perpetually clad in bright-red pants, her black hair closely cropped, Kosovo-born actress Dobroshi proves a radiant find, illuminating Lorna’s struggle with the same aversion to histrionics and quiet intensity that have characterized the Dardennes’ past protags. Playing a lone female beholden to the schemes and desires of many men, Dobroshi becomes an exalted figure despite her consistently grubby surroundings, a nondescript world of bars, hospitals and frequent car rides at night.
Other thesps do similarly tamped-down work, with the exception of Renier, acting up a small storm as a truly pathetic addict and unwitting pawn. Two other actors from the brothers’ repertory, Olivier Gourmet and Morgan Marinne, also make brief appearances here.
Shooting with a largely stationary camera that eschews the grainy handheld aesthetic of “Rosetta” and “The Son,” pic is as formally restrained as its predecessors, relying on natural light and avoiding non-source music. Sole exception to the latter is the final scene, striking a tender grace note while quietly adding another layer of meaning to the film’s title.