One of the stars of Walt Disney’s Mary Poppins, Dick Van Dyke, is re-united with that film’s composer and lyricist, Richard M.Sherman and Robert B. Sherman, in this big budget and bloodless children’s fantasy musical, based on the children’s book by James Bond author Ian Fleming. Van Dyke plays Caractacus Potts, a failed inventor who lives in a big house with his two children — Jemima Heather Ripley and Jeremy Adrian Hall — and eccentric father Lionel Jeffries. Potts has to raise 30 shillings so his children can buy a broken-down racing car from the junkyard. After a disastrous attempt to sell his invention of whistling sweets to Lord Scrumptious (James Robertson-Justice), the local candy maker, he finally gets enough money for the car by doing a Dick Van Dyke dance routine at the county fair. Potts takes the car and miraculously transforms the vehicle into a shiny new car named Chitty Chitty Bang Bang. While on a picnic with the children and Truly Scrumptious (Sally Ann Howes), Lord Scrumptious’ beautiful daughter, Potts concocts a fantasy tale about the magical powers of the car, which can now float on water and fly. In the tale, Baron Bomburst (Gert Frobe) wants the car for himself and kidnaps the automobile and the inventor. But Bomburst captures Grandpa by mistake along with the wrong car, so Potts, Truly, and the children have to enlist Chitty Chitty Bang Bang on a rescue mission to Bomburst’s lair to save Grandpa. 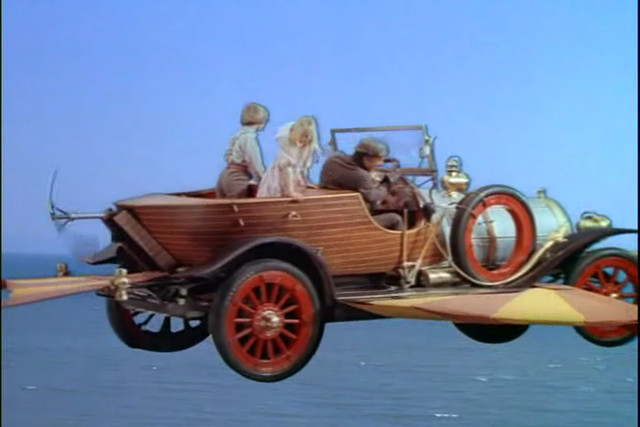 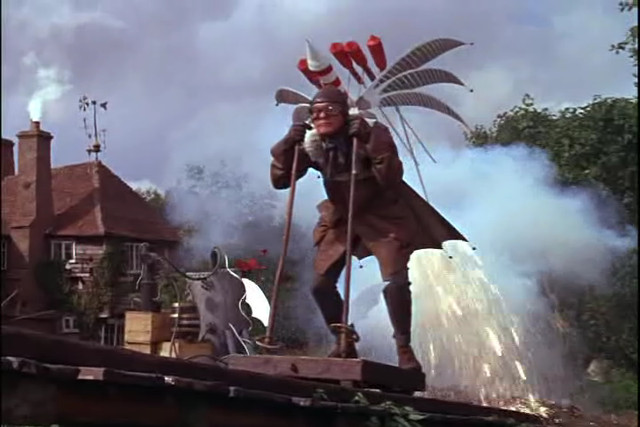 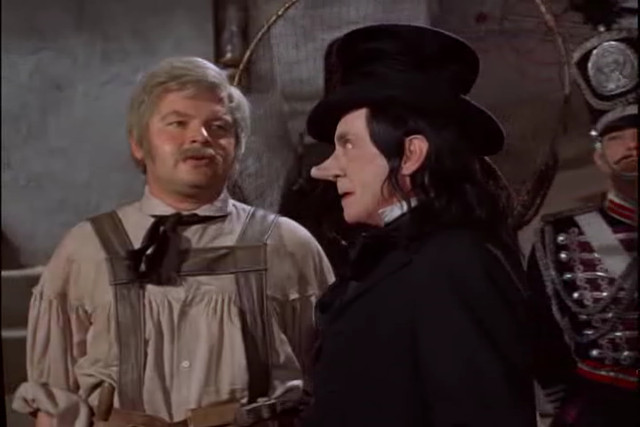 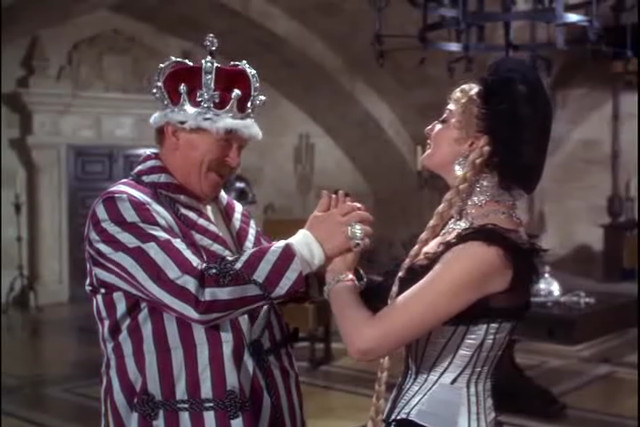 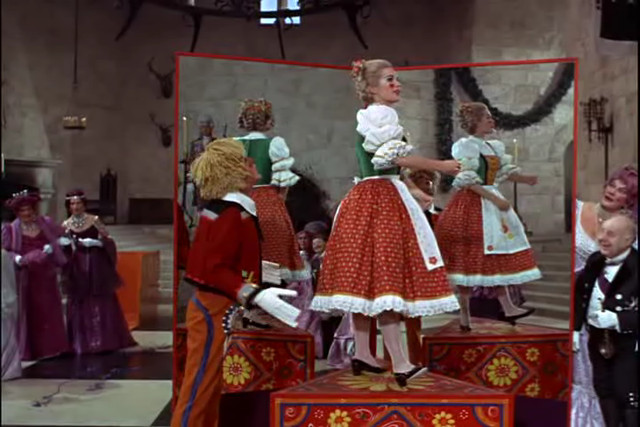 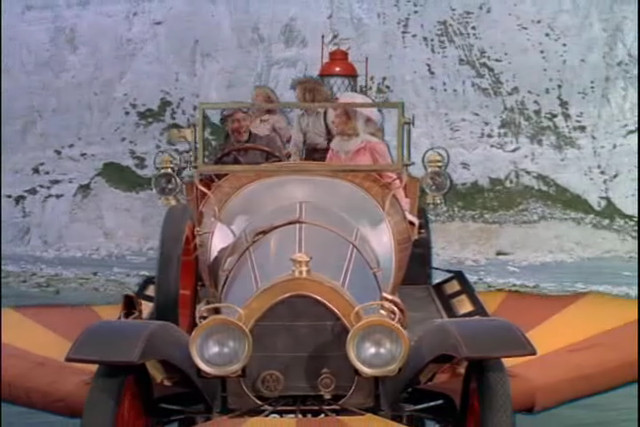