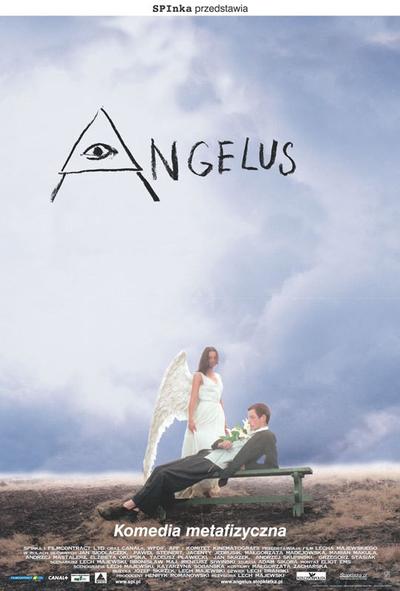 From The Lumiere Reader:
THIS frankly marvelous film by Polish/American director Lech Majewski concerns a real-life cult of Polish working-class painters who were given three Fátima-like prophecies upon the death of their spiritual leader in the thirties – upcoming were a great war, a red plague and a death ray from Saturn that would destroy the earth. Their behaviour in response results in all sorts of shenanigans. Angelus hasn’t achieved much international coverage since its release in 2000, but it’s unclear why this hilarious, loving tribute to human folly and ambition was so ignored. A revelation that only a Film Society can dredge up, Angelus reveals Majewski’s painterly visual touch, and his wry sense of humour.

Of course, some of the references are uniquely Polish, but the tale of Silesian miners who also like to paint, and end up trying to save the world despite Communist authorities manages to transcend its localised origins. Majewski refuses to patronise his collection of oddballs, and by having a shy, visually awkward orphan as a lead, he makes sure that the proceedings don’t end up being too farcical. But it’s the rich characterisation that makes the film so winning, and Majewski probably captured some of his strongest performances – the painters are given their individual quirks, whether it’s the painter who likes to keep cold (which includes sleeping with the window open in the harsh Polish winter or keeping his books in the fridge) or the man who confesses he’s not a virgin (important for redemption purposes) because he’s slept with a goat. The long-suffering females are winning (frequently nymphomaniacal) and the wicked dandyish portrayals of Hitler and Stalin stand-out in the film’s frequent narrative digressions.

The film is composed of a series of tableaux (mostly with a flat 2-D style), which brings to mind Paradjanov’s Colour of Pomegranates. However, it may reflect the painters’ visual palette (I must confess to having no idea of the painters’ style), the drained colours and idiosyncratic mise-en-scène complementing the unique behaviour on film. Given art as a central concern throughout Majewski’s oeuvre, it was inevitable that his films would appear painterly (though this had the strongest visual style out of the Film Society-screened Majewski films). The final shot is straight out of Pasolini’s Theorem, and while in that film, it was always ambiguous whether The Visitor was a Messiah or Satan, it is clear in Angelus that the narrator is a messianic figure. To Majewski’s credit, he refuses to judge the craziness of the cult’s behaviour through leaving the narrator’s outcome untold. A thoroughly enjoyable and resonant film, Angelus deserves to reach a far wider audience than it has achieved.