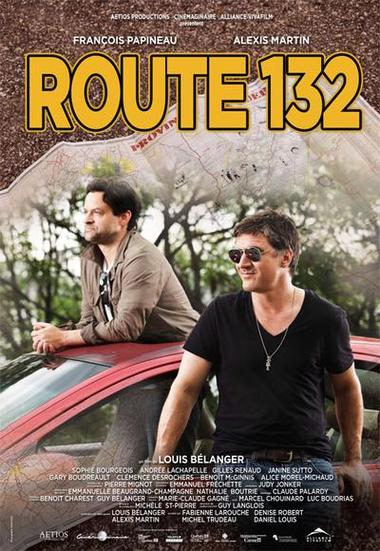 Quote:
Road movies haven’t been a staple of Québecois cinema. Yet recently, there were two examples and I watched them back to back. One is the very low-key Papa à la chasse aux lagopèdes, a superb odyssey of one man driving north to find himself. A very original movie where there is basically just one character in a monologue with the camera he just purchased. The same François Papineau of that movie would go on to play one of the two main characters in Route 132. He is not well-known, but seeing these two may convince you to look forward to his next project. As they are two here, rather than just one, Route 132 turns to the troublesome nature of male friendship, similar to what Paris, Texas did for brotherly love. Both of these Quebec road movies, as a negative review point out underneath, have very little in term of story to tell. It isn’t Lost Highway or anything like that, it just lack any sort of paradigm, it’s flawed and it flirt with caricature at times, but remain interesting throughout, as are most of Louis Bélanger movies and especially Gaz Bar Blues, it’s more about the characters than the story and the locations

Skipping out on his young son’s funeral, a grief-stricken prof and his old pal head north of Montreal with plans to enjoy the countryside by robbing a bank or two. But since criminality is not their strong suit, it’s soon clear that Gilles (Papineau) has other challenges to face in this richly engaging drama by Quebecois director Bélanger (Post-Mortem). Though Route 132 is heavy-handed about some of the emotional matters, Bélanger’s film is subtler and wiser about many others. The rapport between Gilles and the amiable Bob (Martin) also makes this road movie well worth travelling.

Language:French
Subtitles:English and French muxed in