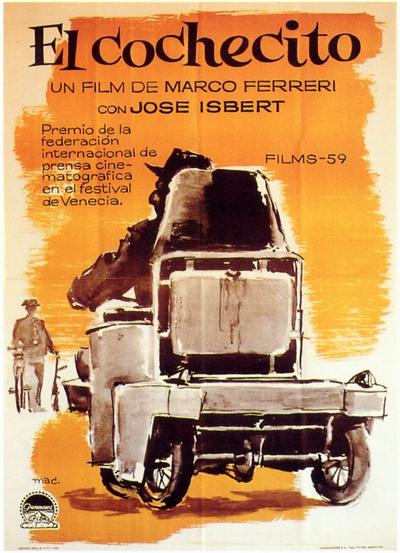 Description: ALL Don Anselmo wants is a motorized wheelchair. The problem is that there’s nothing wrong with his legs, and his prosperous but parsimonious son, the lawyer, refuses to indulge him. The drastic steps the old fellow takes to stop walking and start riding constitute the plot of ”El Cochecito” (”The Little Coach”), Marco Ferreri’s 1960 movie, which is having its American premiere at Film

Mr. Ferreri is best known for ”La Grande Bouffe,” a satire about Franco’s Spain in which several gourmands dine themselves to death. ”El Cochecito,” too, has its satiric edge -almost everybody, even likable Anselmo, is utterly self-centered; when Anselmo goes out of his way to reunite a pair of young lovers, it’s an aberration. You’ll need patience, but as the little tale develops, the movie offers a quirkily rueful look at the loneliness and longings of age.

Don Anselmo, played most cunningly by Jose Isbert, wants the motorized wheelchair so he can go buzzing around town with his invalid pal Don Lucas and join in the races for the handicapped. Since his wife’s death, Anselmo has been drifting pointlessly about the big crowded apartment that serves as home for his extended family and offices for his son and son-in-law. For him, it’s just a way station to the cemetery. The motorized wheelchair promises freedom.

It takes a while, almost half the movie, for Mr. Isbert to work his manic charm and the story to come into focus. As the plot veers this way and that, like one of the wheelchairs on a first outing, you may find yourself wondering what Mr. Ferreri is up to; some of the encounters are so casual as to be perplexing. The black-and-white movie seems to be fighting itself – black humor clashing with light sentiment.

But Anselmo and the others grow on you. The pleasures here lie in the vividness of the characters, never caricatures. The family members, grumpy Don Lucas, the bossy servant to a rich invalid, the avuncular wheelchair salesman, the shrewd woman to whom Anselmo sells his late wife’s jewels – they’re all real people in real places. And by the end, the chuckles of recognition have built up to cheers for Anselmo’s desperate defiance. Road Warrior EL COCHECITO, directed by Marco Ferreri; screenplay by Mr. Ferreri and Rafael Azcona; cinematography by Juan Julio Baena; music by Miguel Asins Arbo and Mr. Ferreri; produced by Pedro Portabella. Released by Kino International Corporation. At Film Forum 2, 57 Watts Street. 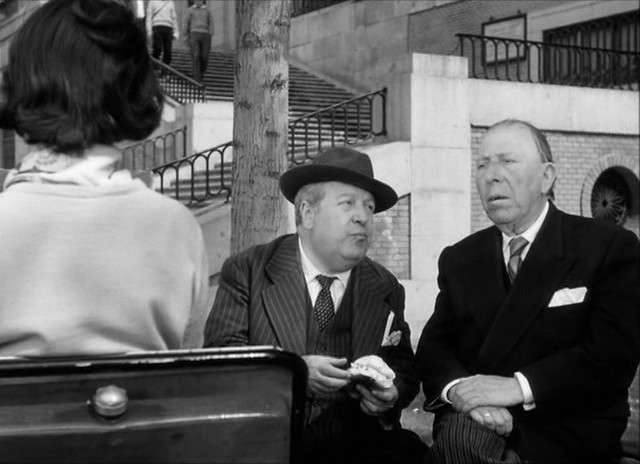 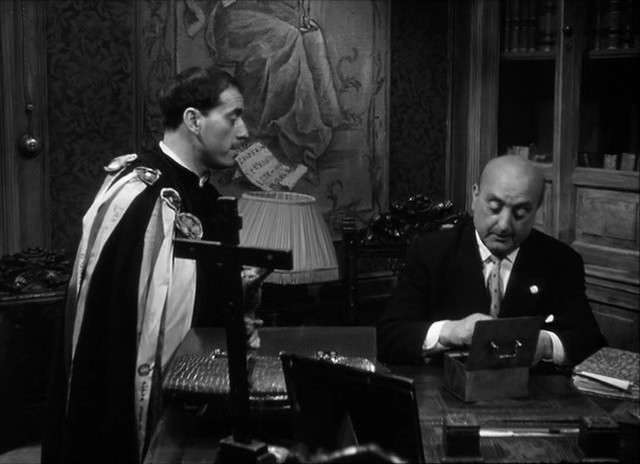