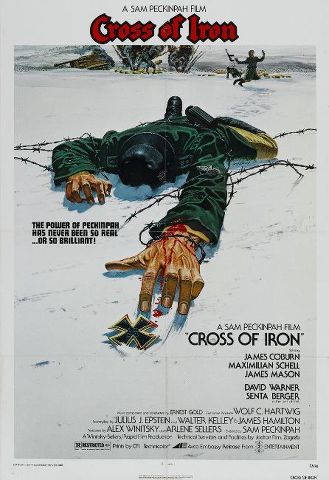 Synopsis :
The film is set on the Eastern Front in World War II during the Soviet’s Caucasus operations that forced the Wehrmacht to retreat from the Taman Peninsula on the Black Sea in late 1943.

The film focuses on the class conflict between a newly-arrived, aristocratic Prussian officer who covets winning the Iron Cross and a cynical, battled-hardened infantry NCO. The screenplay was based on the 1956 novel The Willing Flesh by Willi Heinrich, a fictional work that may be loosely based on the true story of Johann Schwerdfeger, a highly-decorated World War II Wehrmacht Oberfeldwebel.