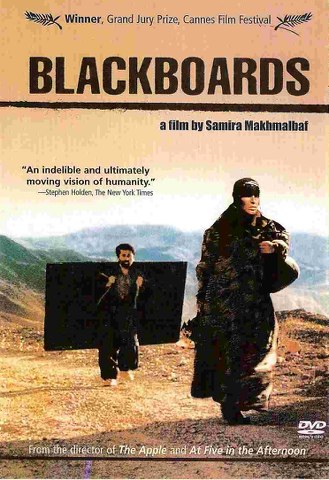 The picture opens with a gaggle of teachers making their way on foot through a dusty mountain pass in Iran, blackboards strapped to their backs, in search of students. Two of the teachers, Said (Said Mohamadi, Delbaran) and Reeboir (Bahman Ghobadi, writer-director of Marooned in Iraq), break away from the pack and then from each other. Said eventually falls in with a group of Kurdish refugees trying to make their way across the border into Iraq to return to their home town of Halebtcheh, which had previously suffered a chemical weapon attack at the hands of Saddam Hussein. Reeboir, meanwhile, runs into a group of young boys who work as “mules” in the criminal underground, running stolen goods back and forth between the Iran-Iraq border. Each man forms a bond with his new companions, though none of the struggling poor find their teaching skills particularly useful.

With its cinéma vérité style and mostly non-professional actors (obvious nods to both the French New Wave and Italian neorealism), its exotically desolate locales, and its wunderkind director (a woman from the Islamic world, no less), Blackboards is exactly the sort of movie film festivals fall all over each other to celebrate. And celebrate it they did. Blackboards won a Grand Jury Prize at AFI, and a Jury Prize at Cannes, where it was also nominated for the Palm D’Or. Did it earn these honors? Sure. It’s an impressively evocative, narratively precise, and visually sure-footed piece of work from a director who is only 20 years old. The Apple, Samira Makhmalbaf’s first feature, made when she was only 18, was also received with much international acclaim. And it’s fairly clear that, while Makhmalbaf is an incredibly talented filmmaker, the maturity and aesthetic control on display in her first films are at least partially a result of her close collaboration with her father, Mohsen Makhmalbaf (Kandahar), who produced, co-wrote, and edited Blackboards. In fact, the thematic similarities between the films of father and daughter have led some to speculate that Samira may be a proxy for Mohsen, a tool through which the filmmaker can demonstrate the gender iniquities in his own culture. That’s taking things too far, I think. Footage in the documentary included on the disc shows Samira’s delicate hands-on direction of her non-professionals, and how diligently she works to draw out the performances she’s looking for. I’m guessing Mohsen Makhmalbaf’s influence is most evident in the film’s restraint, its quiet naturalism, and its willingness to allow political subtext to remain subtext (these are things he certainly could have influenced in both the writing and editing phases of the film’s production). As Samira Makhmalbaf matures into an independent voice, I have no doubt her willingness to collaborate with her father in these early films will pay off in a big way.

As noted, Blackboards is a delicate piece of filmmaking, deceptively simple in structure. That delicacy begins with the script, written by both Makhmalbafs. With the exception of a clumsily expository passage in which one of the boys confesses to Reeboir his job as a transporter of contraband, the piece is free-flowing and confident in its audience’s intelligence. Like any solid piece of realism, the story feels relatively unstructured, though the brief 85-minute running time ensures it maintains its thematic focus.

One of the most effective motifs in the film is Reeboir’s and Said’s question to various individuals among the children and refugees: “Do you know how to read?” The answer is always, “No.” To the follow-up question, “Do you want to learn?” the answer is also always, “No.” In fact, Said never succeeds in provoking even the slightest interest in learning among any of the refugees. As far as they’re concerned, his blackboard is far more useful in shielding them from the eyes of enemy soldiers than it is as a tool of literacy. Reeboir does manage to interest one of the boys in learning, but the inability of his efforts to produce any improvement in the boy’s circumstances only hammers home the film’s tragic fatalism.

Both Mohamadi and Ghobadi turn in fine lead performances, tempering their characters’ desperation with just enough humor that the film never feels morose. Ghobadi’s Reeboir is nobly earnest and dedicated in his attempts to change the boys’ lives for the better, while Mohamadi’s Said might be dismissed as an ignorant buffoon (abandoned by his wife, he believes his infant son is beginning to take on the physical characteristics of his various wet nurses) if he weren’t so desperate to do right by the refugees who basically save him from starvation. The non-professionals who round out the cast are as stiff in their delivery of dialogue as one would expect, but their authenticity more than compensates.

Ebrahim Ghafori’s (Kandahar) cinematography is suitably straightforward, its most obvious conceit an abundance of jittery handheld shots. For the most part, Ghafori allows the ruggedly beautiful, sometimes haunting landscapes to speak for themselves, and the result is a documentary look that avoids imposing rigid compositional formality on settings that don’t need it. 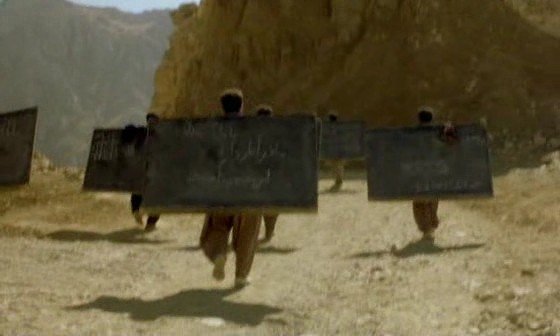 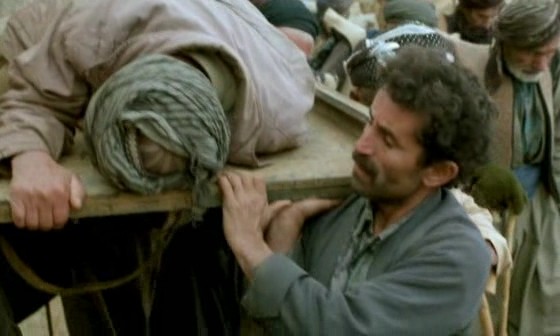 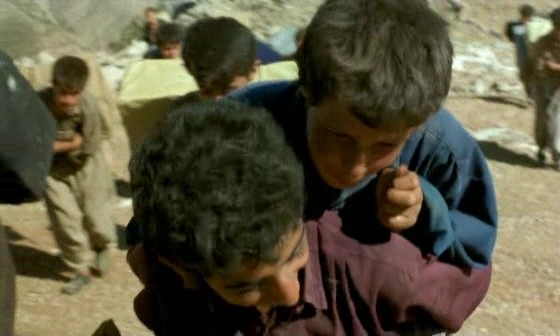 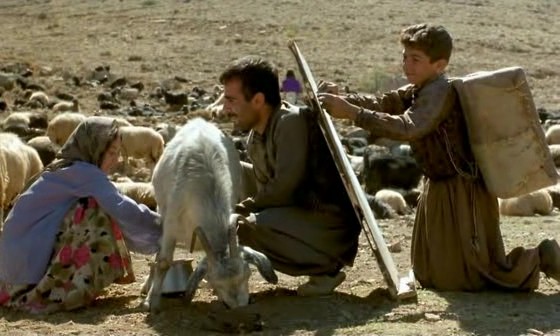 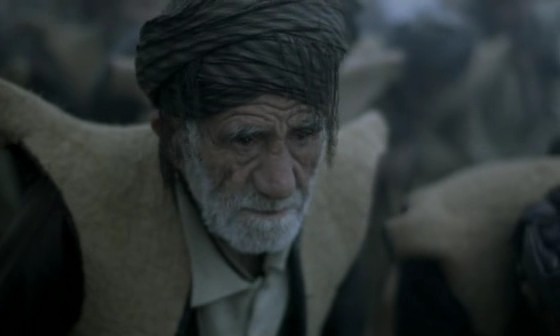 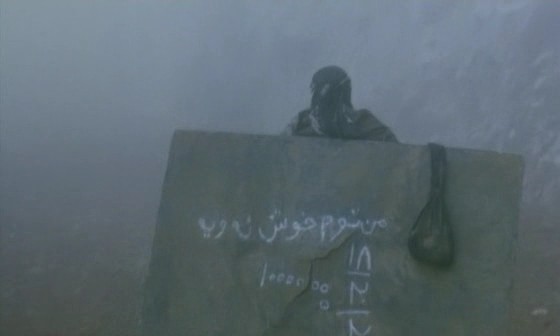