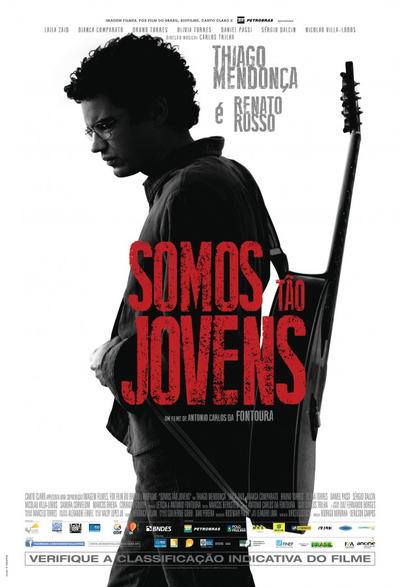 Somos Tão Jovens (2013)
Quote:
We are So Young (Portuguese: Somos tão Jovens) is a 2013 Brazilian biographical drama film about Brazilian singer Renato Russo. The film does not follow the life of Renato Russo. The focus is his adolescence, his physical problems and the discover of his love for music. It is directed by Antônio Carlos da Fontoura, written by Marcos Bernstein and starring Thiago Mendonça and Laila Zaid. Was released in Brazilian theaters by distributors Imagem Filmes and Fox Film on May 3, 2013.[3]