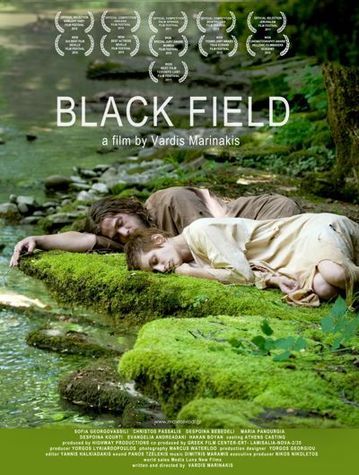 SYNOPSIS:
Greece, 1654. A seriously wounded Janissary arrives at a cloister situated on a cliff, and the sisters take him in and care for him. Sister Anthi, one of those who tends him, falls in love with the soldier and eventually helps him escape. The central focus of the film does not come out of its historical context but is derived from the relationship between the two main characters and, above all, from the quest for freedom and identity for young Anthi. The initially silent sister, hiding a surprising secret, discovers heretofore unknown desires that lead her to a radically altered view of herself.

From Variety’s Review:
“Possibly the most polished and best-financed entry in the recent influx of Greek festival product, “Black Field” is a woozy, enigmatic period piece that should raise eyebrows as well as the profile of its first-time auteur, Vardis Marinakis, who exhibits a sense of pacing and tonal control that serves him well even when his discretion lets him down. Dealing as it does with graphic sexual confusion, religious self-loathing and ethnic identity issues, pic might ruffle some feathers in a wide Hellenic/Balkan release, though festival play ought to be forthcoming.”