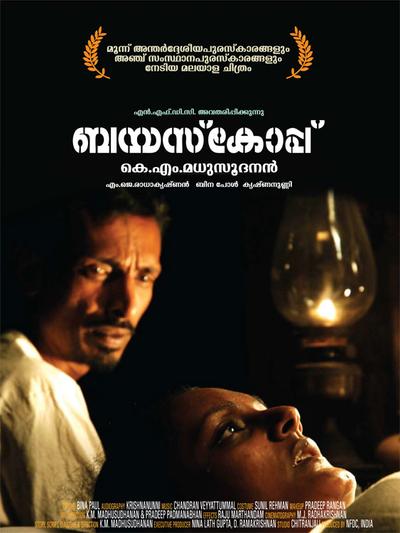 SYNOPSIS
From the back of the case:
The film Bioscope is set in the second decade of the 20th century. The film unfolds in the backdrop of cinema making its appearance in Kerala.

The protagonist Diwakaran’s new journey begins with his acquisition of a bioscope from the Frenchman DuPont, who organizes bioscope shows on the coasts of Tamil Nadu. He returns home and starts conducting bioscope shows in his village. The villagers welcome the new images with innocence. Yet, some suspect that the bioscope box has ghosts of the British hidden in it.

Diwakaran’s wife, Nalini, is ill. His father is deeply concerned about this and believes that modern medicines are incapable of curing Nalini and looks for medicines and cure in astrology and witchcraft. Diwakaran is greeted by all of these forces when he arrives home with his brand new images – by the innocence of the villagers and obstinacy of tradition.

A witch doctor, who arrives with a mute girl that can tell what is past and predict the future, sounds the death knell for the bioscope…

The exorcism of tradition over the pulse of modernity… 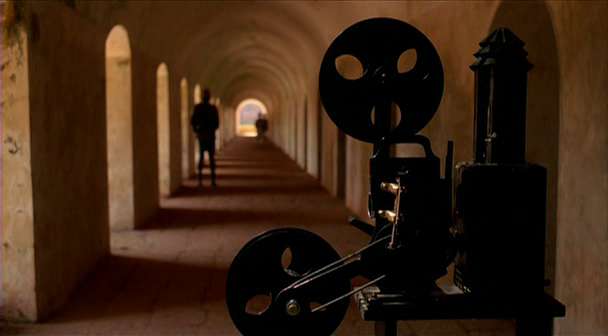 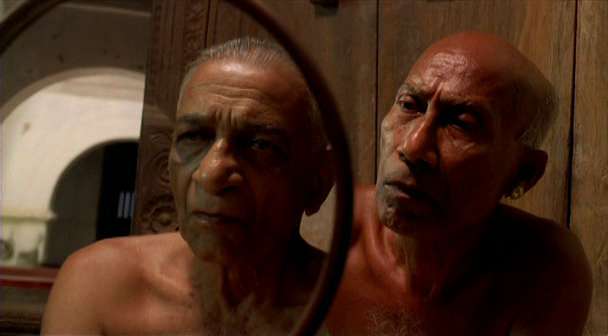 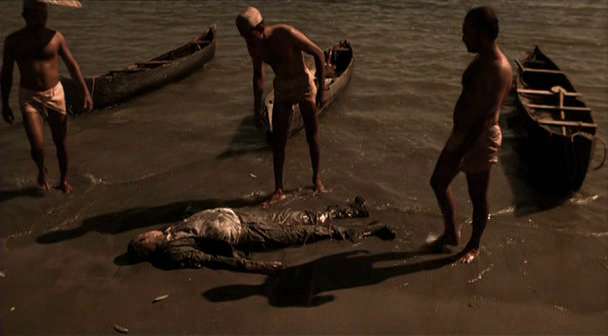 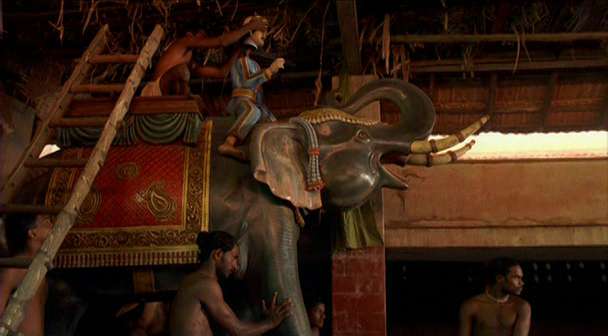 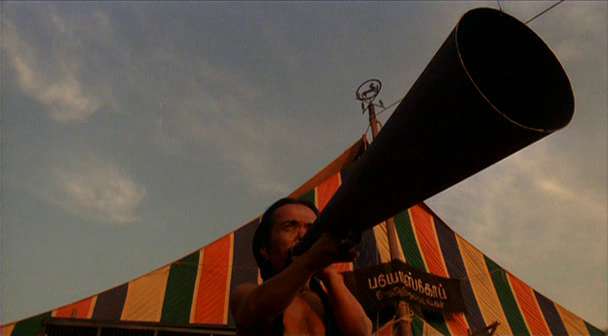 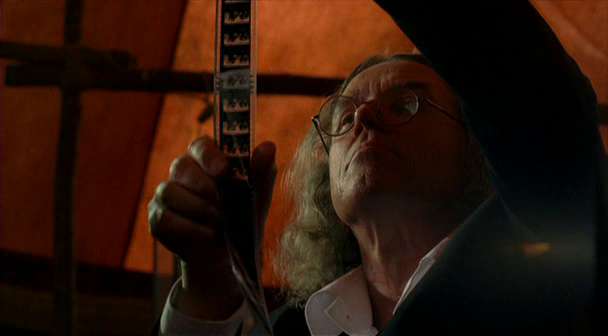 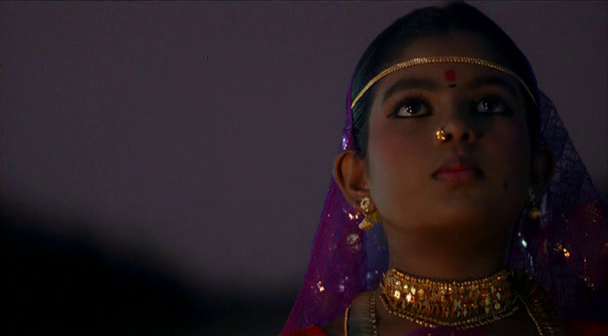 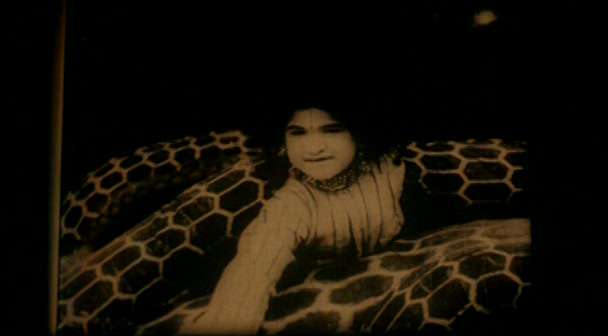 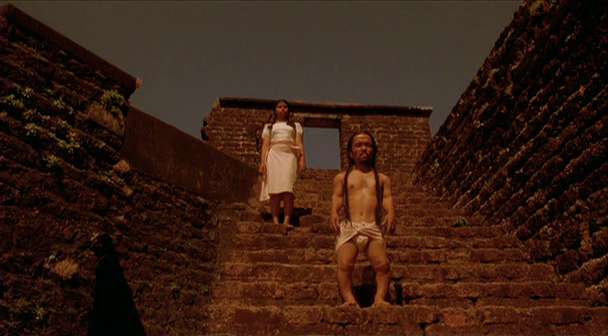