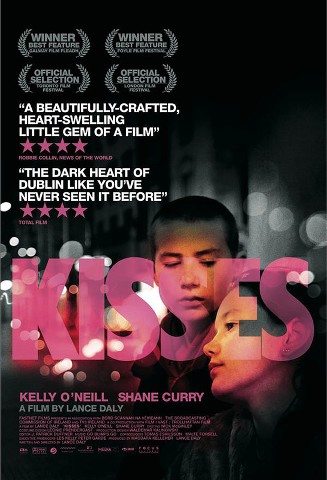 On the fringes of Dublin two children, Kylie and Dylan, live in a suburban housing estate devoid of life, colour and the prospect of escape. Kylie lives with five other siblings and her overworked mother. Next door, Dylan lives in the shadow of an alcoholic father and the memory of an elder brother who ran away from home two years earlier.

After a violent altercation with his father, Dylan runs away from home and Kylie decides to go with him. Together they make their way to the magical night time lights of inner city Dublin, to search for Dylan’s brother, and in the hope of starting a new life.

Lance Daly’s vision of Dublin, as seen through the innocent eyes of our protagonists, is a kaleidoscope of magic, wonder and mystery. But as the night wears on, and Dublin takes on a darker character, the two children have to rely on the kindness of strangers, the advice of Bob Dylan and their trust in each other to survive the night.