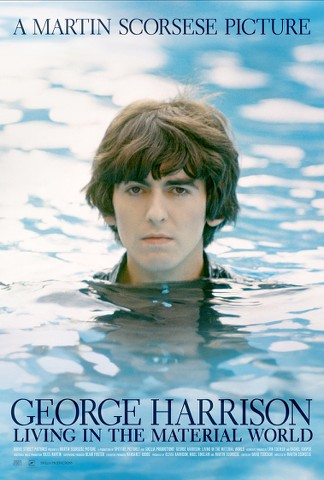 Scorsese uses never-before-seen footage from George Harrison’s childhood, throughout his years with The Beatles, through the ups and downs of his solo career, and through the joys and pain of his private life, to trace the arc of George’s journey from his birth in 1943 to his passing in 2001. Living in the Material World features private home videos, photos and never before heard tracks to chronicle the incredible story of the extraordinary man.

Despite its epic reach, the film is deeply personal. Ringo Starr, Eric Clapton, Paul McCartney, Yoko Ono, Olivia and Dhani Harrison, among many others, talk openly about George’s many gifts and contradictions and reveal the lives they shared together. In every aspect of his professional, personal and spiritual life, until his final hours, George blazed his own path.

As his friend John Lennon once said: “George himself is no mystery. But the mystery inside George is immense. It’s watching him uncover it all little by little that’s so damn interesting.” 2018-09-10
admin
Previous: Friedrich Ermler – Parizhskii sapozhnik AKA The Parisian Cobbler AKA Paris Shoemaker (1927)
Next: Dharmasena Pathiraja – Bambaru Avith AKA The Wasps Are Here (1977)