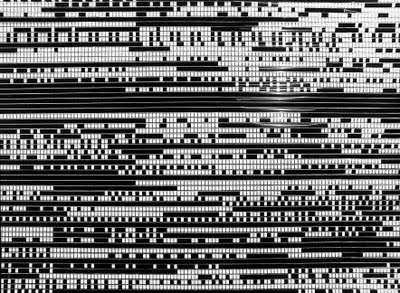 Kubelka has been involved in creating avante garde film collections, a music ensemble and has taught at various universities in the USA and Europe. In addition, he has been a professor in film at the Art Academy in Frankfurt since 1978 where he also served as Rector in the period of 1985-88. As a theoretician he has held numerous lectures and participated in many symposiums among others, “Non-Industrial Film – Non-Industrial Cuisine”. Already in 1967 Kubelka created his first theoretical work in cuisine as an art form and in 1980 his teaching position was expanded to include “Film and Cuisine as Art”. Another of his large projects has been his plan for the ideal cinema – The Invisible Cinema – the first draft of which he finished in 1958. It was created again in 1970 for Anthology Film Archives in New York where he was also a co-founder. It was created once again nineteen years later for the Austrian Film Museum in Vienna. 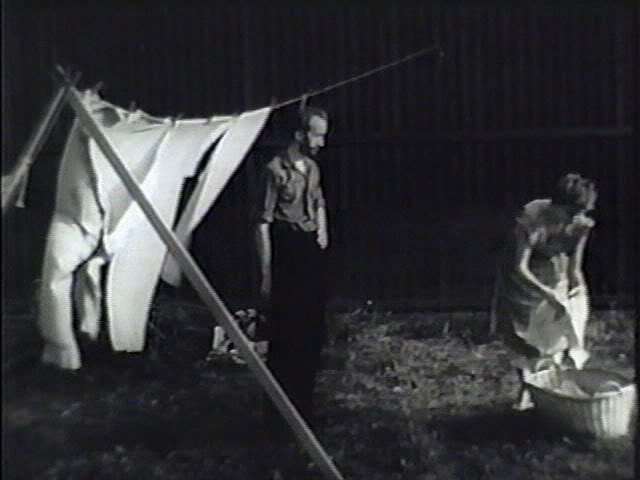 Kubelkas achievement is that he has taken Soviet montage one step further. While Eisenstein used shots as his basic units and edited them together in a pattern to make meanings, Kubelka has gone back to the individual still frame as the essence of cinema. The fact that a projected film consists of 24 still images per second serves as the basis for his art.

This idea has different materializations in different Kubelka films. In Adebar, only certain shot lengths are used — 13, 26 and 52 frames — and the image material in the film is combined according to certain rules. For instance, there is a consistent alternation between positive and negative. The film’s images are extremely high contrast black-and-white shots of dancing figures; the images are stripped down to their black-and-white essentials so that they can be used in an almost terrifyingly precise construct of image, motion, and repeated sound. 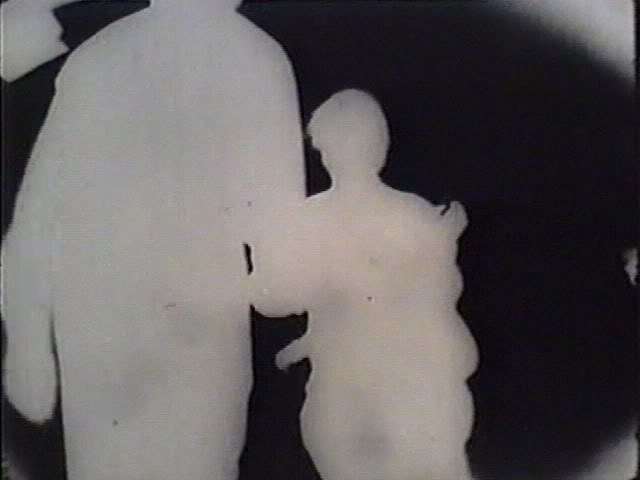 In 1957, Peter Kubelka was hired to make a short commercial for Scwechater beer. The beer company undoubtedly thought they were commissioning a film that would help them sell their beers; Kubelka had other ideas. He shot his film with a camera that did not even have a viewer, simply pointing it in the general direction of the action. He then took many months to edit his footage, while the company fumed and demanded a finished product. Finally he submitted a film, 90 seconds long, that featured extremely rapid cutting (cutting at the limits of most viewers’ perception) between images washed out almost to the point of abstraction — in black-and-white positive and negative and with red tint — of dimly visible people drinking beer and of the froth of beer seen in a fully abstract pattern. This ´commercialª may not have sold any beer in the twenty years since it was made, but I (as someone who hates beer) have woved that if I’m ever in Austria i’ll drink some Swechater, in tribute to what i consider one of the most intense, most pure, and most perfect minutes of cinema anyone has ever achieved. 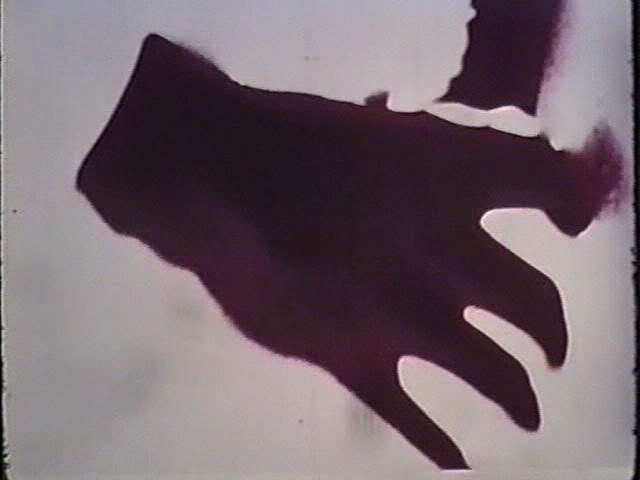 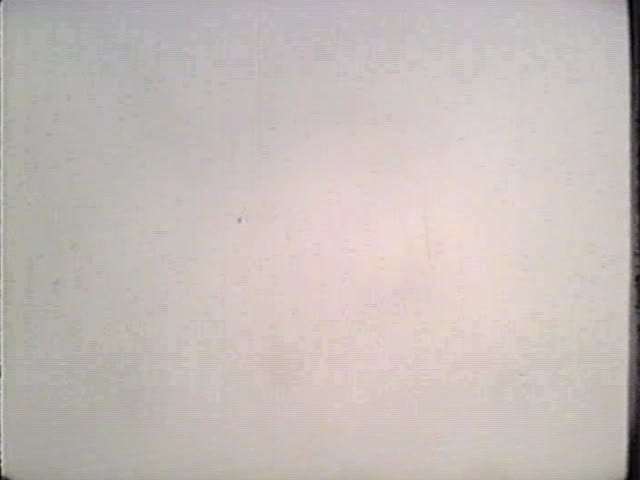 Kubelka’s most recent film before Pause! is Unsere Afrikareise, whose images are relatively conventional ´recordsª of a hunting-trip in Africa. The shooting records multiple ´systemsª — white hunters, natives, animals, natural objects, buildings — in a manner that preserves the individuality of each. At the same time, the editing of sound and image brings these systems into comparison and collision, producing a complex of multiple meanings, statements, ironies…

I know of no other cinema like this. The ultimate precision, even fixity, that Kubelka’s films achieve frees them to become objects that have some of the complexity of nature itself — but they are films of a nature refined and defined, remade into a series of relationships. Those rare and miraculous moments in nature when the sun’s rays align themselves precisely with the edge of a rock or the space between two buildings, or when a pattern on sand or in clouds suddenly seems to take on some other aspect, animal or human, are parallelled in single events of a Kubelka film. The whole film is forged out of so many such precisions with an ecstatic compression possible only in cinema. 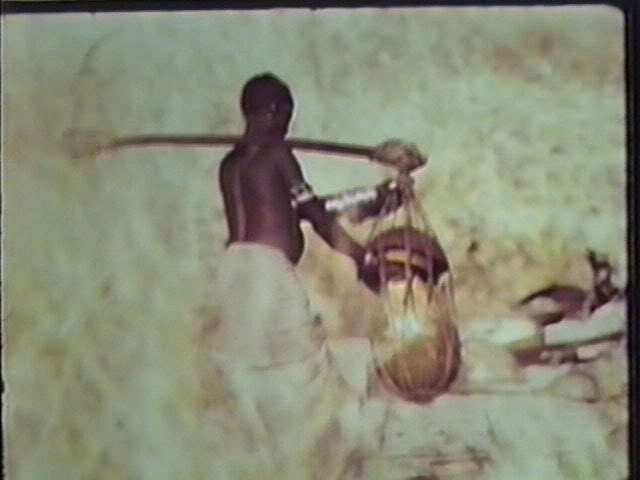 Pause! (1977)
His triumph is really quadruple. First triumph: Pause! is an ecstatic work. Second triumph: With the perfection and intensity of his work he dissolved the audience’s swollen-up expectations which had grown out of normal proportions during the ten years of waiting. He enabled us to receive his new work in its newborn nakedness. Third triumph: His dissolving of Arnulf Rainer. Arnulf Rainer himself is an artist of unique originality and intensity. His face art, which constitutes the source of imagery in Pause!, is a chapter of modern art itself. I have a particular aversion to film-makers who use other artists and their art as materials of their films. These films never transcend their sources. During the first few images of Pause! I had an existential fear. Kubelka had to consume and to transcend not only Arnulf Rainer but also — and this constitutes his fourth triumph — to transcend the entire genre of contemporary art known as face art. A few more images, and my heart regained itself and jumped into excitement: Both Rainer and Art disintegrated and became molecules, frames of movements and expressions, material at the disposal of the Muse of Cinema. I am not saying this to diminish the person and art of Arnulf Rainer: His own greatness cannot be dissolved, in his art. But here we speak about the art of Peter Kubelka, and in a wokr of art, as in the heavens so on earth, there is only one God and Creator. 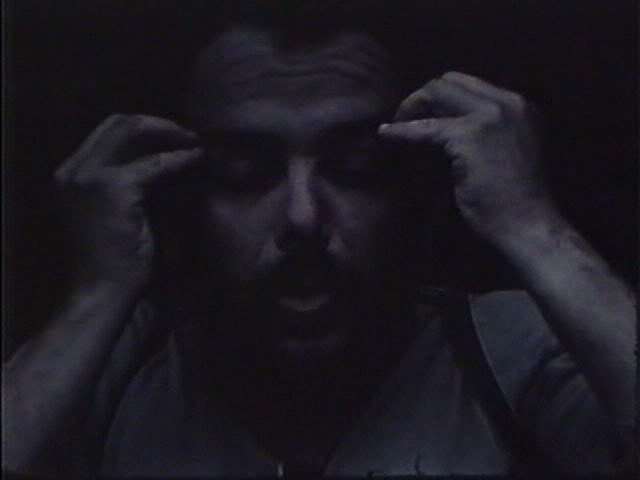