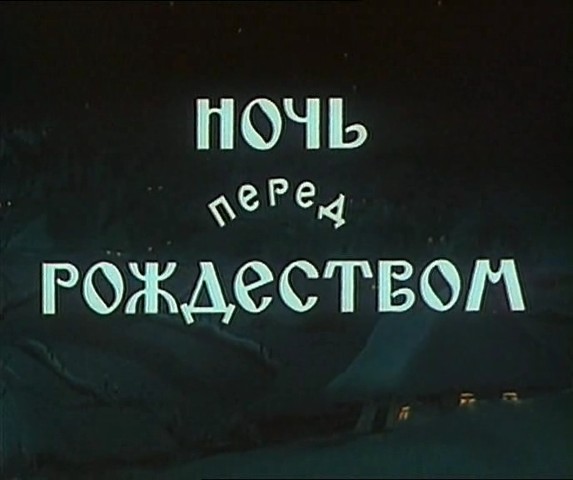 The animation features heavy use of rotoscoping, known as “Éclair” in the Soviet Union, and is an example of the Socialist-Realist period in Russian animation. 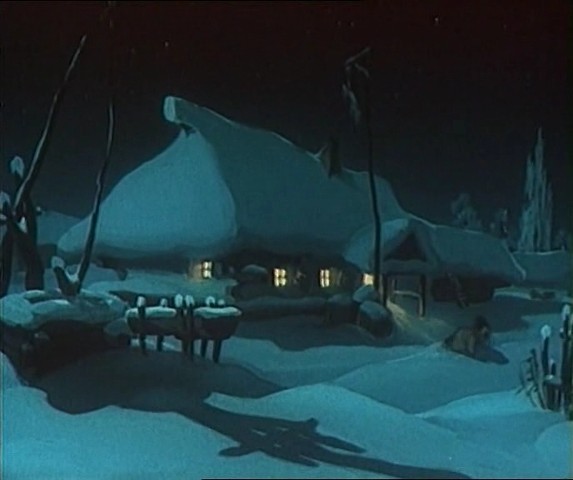 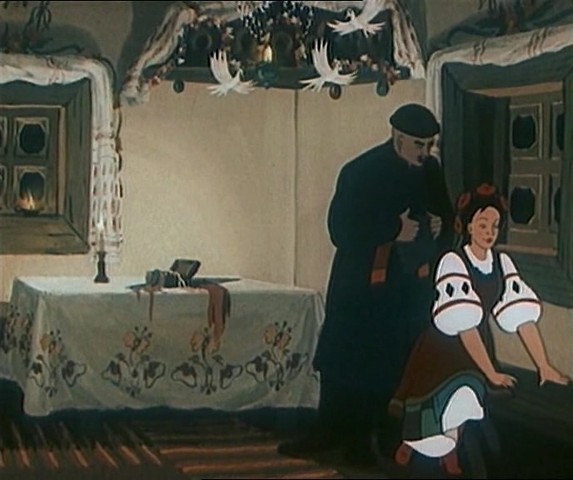 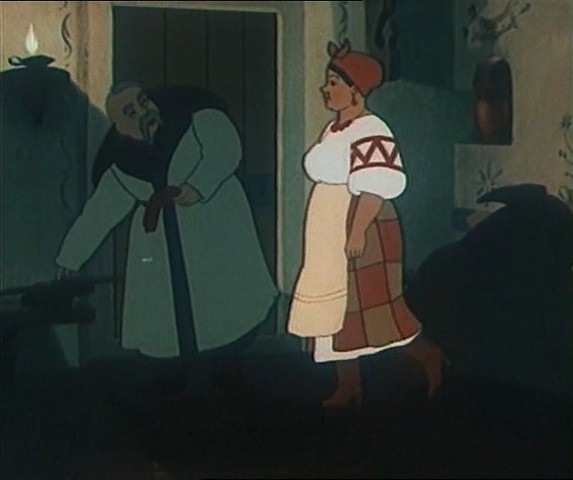 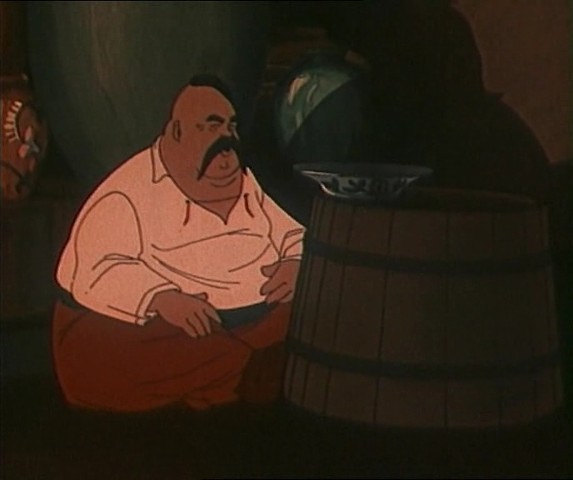 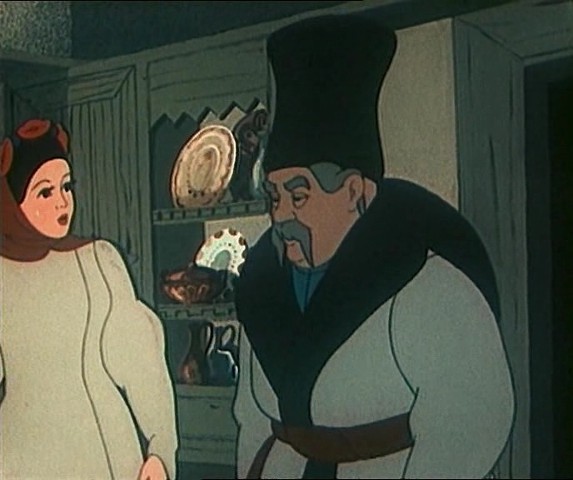 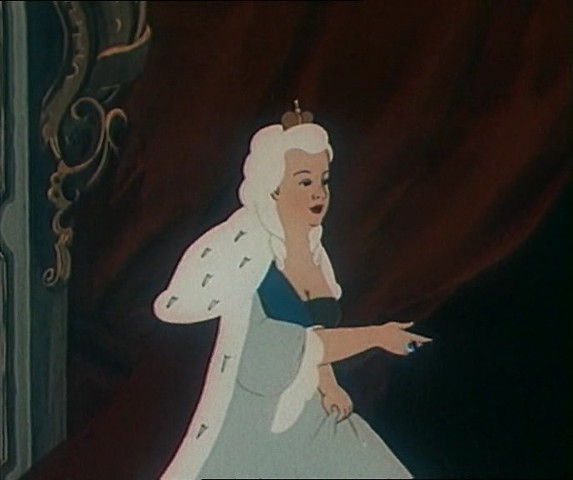 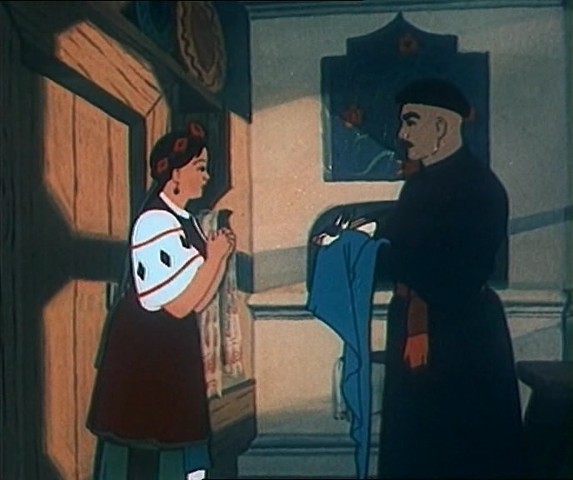