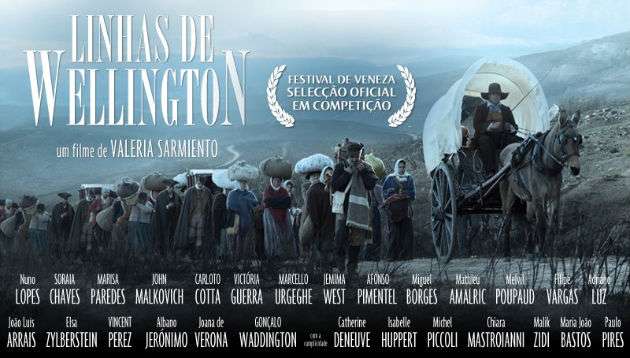 This is the setting for the adventures of a multitude of characters from all social backgrounds – soldiers and civilians, men, women and children, young and old – to the daily routine torn by war and dragged through hills and valleys, between ruined villages, charred forests and devastated crops.

Highly persecuted by the French, already tormented by an unmerciful weather, the mass of fugitives continues to move forward clenching the teeth, just to save their skin, loaded with tenacious will to resist the invaders and retreat them from their country. Or even hoping to take advantage of the disarray to satisfy their basic instincts.

All of them, whatever nature or motivations – the idealistic young lieutenant Pedro de Alencar, Clarissa Warren, the malicious little english girl, the shady dealer Penabranca, the vindictive Sergeant Francisco Xavier or the lusty prostitute Martírio -, all gather by different paths to the lines of Torres, where the final battle will decide the fate of each one of them.