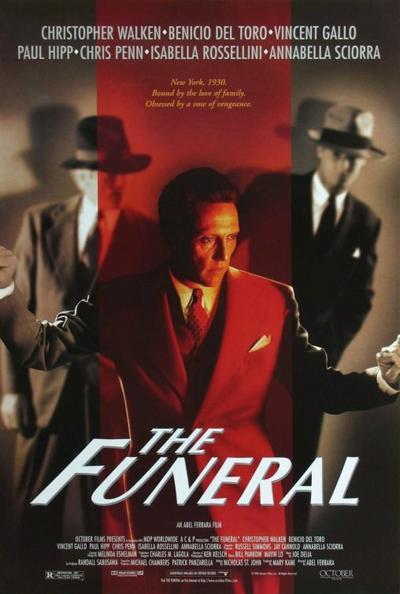 Quote:
Abel Ferrara must be one “happy camper.” Really, I have to wonder when there’s been a happy ending in one of his movies; for him it might come close to being unconventional to have one. A lot of his movies (Ms. 45, Driller Killer, Bad Lieutenant, China Girl) all end pretty badly (I mean that as a compliment), but none as drenched in horror as The Funeral. Perhaps that should have been expected, and indeed I was hoping that a film starting off with teary-eyed Italians looking over a casket of a 23 year old guy with Billy Holiday’s “Gloomy Sunday” would follow through on its dark promise of death and dread. And it does. Mostly. And that ending…

But what is this? What’s Ferrara and his long-collaborating writer Nicholas St. John getting at? It connects most likely to previous films he’s made in the ‘crime’ vein, King of New York and Bad Lieutenant, featuring the sordid, morally warped lives of gangsters and cops respectively, and a search or lack thereof of religion when push comes to shove. This time Ferrara flashes back to the 1930’s where someone (as at the start of the movie) could go see Bogart in The Petrified Forest and then go out and do an old-style stick-up right on a bridge with guns and the works. It transgresses its genre roots though, while sticking to some admiration for it, as it’s a lot more natural in acting and stripped down in camera and music. It is much more of a brother to the other Ferrara 90’s crime movies than a 30’s gangster homage.

Is this a good thing? I think so, at least for a director as serious-as-a-heart-attack as Ferrara is. His actors are totally in tune with the dark matter of the screenplay, and for a cast like he’s assembled (Christopher Walken, Chris Penn, Vincent Gallo, Annabella Sciorra, Isabella Rossellini, Benicio del-Toro) it better be top-notch material. And mostly it is. There may have been two or three scenes where I kind of tuned out, but mostly as characters (via the actors improv) would repeat words spoken just a little too much, something that has started to irk me on occasion in improved movies with tough guys. Luckily Ferrara can get away with it as his attitude is reflected in the no-bullshit attitude of the characters. But it does come close to this ‘tough-guy-dialog’ that works and doesn’t at the same time (this is mostly in the bar scenes by the way).

What makes The Funeral so memorable and remarkable is the desperate mood, always, from the characters is expressed so raw by the actors. No one significant in the cast is left without some good scenes for their proverbial reels. Annabella Sciorra is one such actress who can sometimes shine in a role (another gangster saga, The Sopranos, saw her in a recurring role that was entertaining and crazy), and this is one of them as Ray’s long-suffering wife Jean, who doesn’t see anything (anymore) at all romantic about her hubby’s way of life. She lays it down to Gretchen Mol and that’s that: they’re criminals, brought up in poverty and unable by will or by the forces around them to push out of it. She gives the kind of acting scene that could be shown if one were to try and bring some class to an acting session for newcomers.

And yet Walken is in a role that gives so much of that dark ‘Walken’ energy that he kind of does better here (if not as iconic for genre fans) than King of New York. I felt for this man who was made to kill as a pre-teen, all with Italian language as a “you’re a man” scene, and how there is some conflict, even if he doesn’t show it at first, with the revenge he must seek for his brother’s death by murder. That very scene, I should add, when he confronts his brother’s killer, could teeter close on to being Walken-Caricature, the one that we like to imitate and mock in a pleasant way. But he doesn’t. This is the Walken that can scare us, and move us. Ditto for (the late) Chris Penn, who perhaps gives a career-topping turn as the volatile brother Chez, who could plunge into rage full on, or just give the hint of it, to his wife, to a girl, to someone at a bar. Walken may be the star, but Penn walks away with top billing as the guy in this movie that makes it. He’s volcanic, brooding, macho and true to his character’s nature. It’s one of the few times I’ve suddenly really thought about his talents outside of Reservoir Dogs. I miss him.

Ferrara’s film ultimately lives up to its depths of anguish and misery. It’s not a pleasant movie experience, and for some looking for just a good entertaining gangster movie it’s not a King of New York (which, in retrospect after seeing so many of his works, was a conventional Ferrara movie). But it digs deep into the moral questions of people who make crime their way of life, more than the pat “crime doesn’t pay” motto of gangster movies under the Hayes code. That it ends with such a degree of insanity is almost the point of the movie; it’s a shocking turn that made me respect it all even more than I did before. It’s a flawed work of art, like a ragged Italian sculpture. 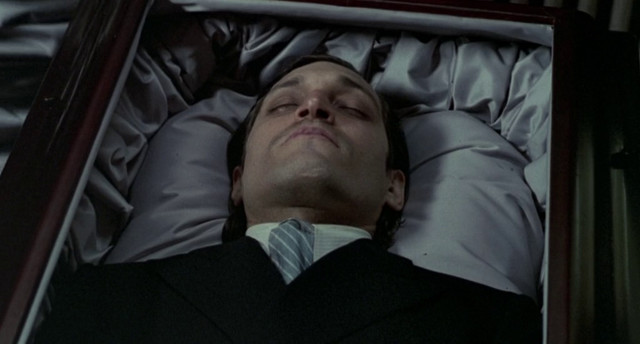 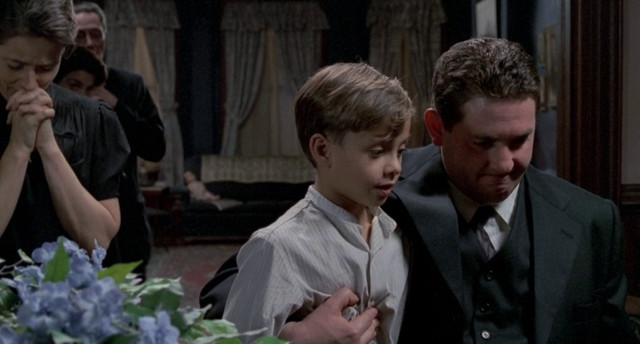 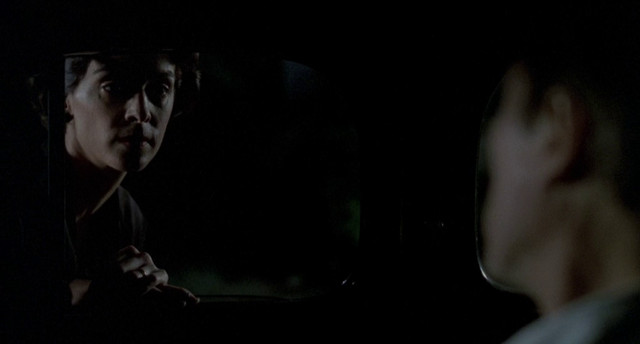 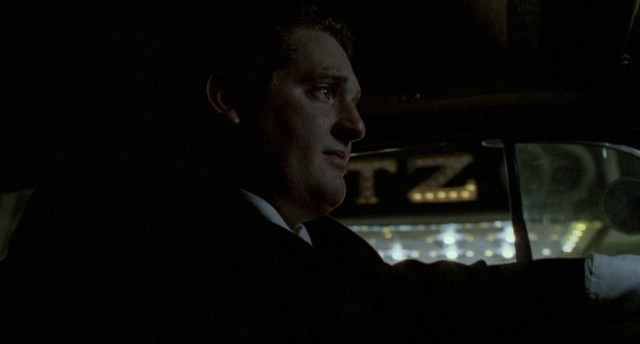 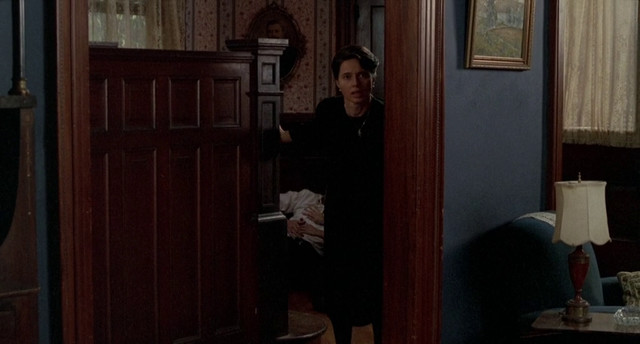