Plot Synopsis by Hal Erickson
Cary Grant delivered Oscar-calibre performances all his life, but only when he played against type in None But the Lonely Heart did the Academy Awards people break down and give him a nomination. Grant plays a restless, irresponsible cockney who seeks a better life but doesn’t seem to have the emotional wherewithal to work for such a life. The hero’s shiftlessness extends to his love life; musician Jane Wyatt genuinely cares for him, but he prefers the company of fickle gangster’s ex-wife June Duprez. June’s former husband George Coulouris convinces Grant that the quickest means to wealth is a life of crime, but Grant drops this aspect of his life to take care of his terminally ill mother Ethel Barrymore. While Cary Grant did not win the Oscar he so richly deserved for None But the Lonely Heart, Ethel Barrymore did cop the gold statuette. Written and directed by Clifford Odets, None But the Lonely Heart unfortunately lost money for RKO, which could have used a little extra cash after paying the expenses of temporarily closing Ms. Barrymore’s Broadway play The Corn is Green. 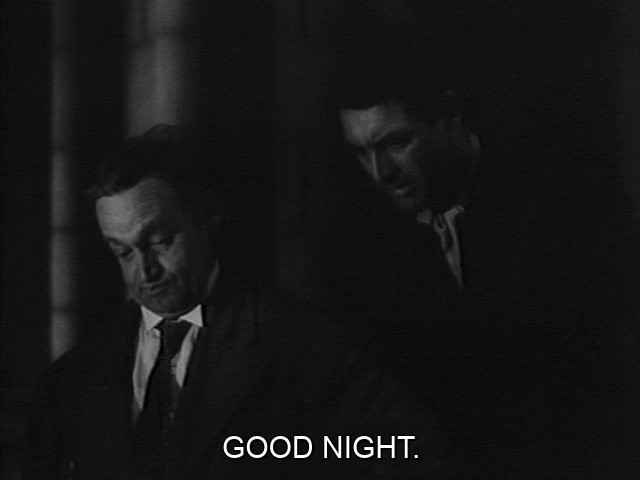