Federico Fellini – Giulietta degli spiriti AKA Juliet of the Spirits (1965) Quote:
Fellini lore has it that the master made “Juliet of the Spirits” as a gift for his wife. Like many husbands, he gave her the gift he really wanted for himself. The movie, starring a sad-eyed Giulietta Masina who fears her husband is cheating, suggests she’d be happier if she were more like her neighbor, a buxom temptress who entertains men in a tree house.

Fellini believed the movie turned the tables on his two previous films, “La Dolce Vita” and “8 1/2,” which were autobiographical laments about his own problems. This one, he felt, was about Giulietta. Watching it, I was reminded of Daryl F. Zanuck, who said, “But enough about me! What did you think of my movie?” “Juliet of the Spirits” is not an attempt to identify with Masina’s point of view, but a bald-faced exercise in Fellini’s self-justification. When Juliet has fantasies, they’re Fellini’s fantasies. That’s why at the end it isn’t Federico who is burned alive.

One clue to the movie’s buried message is in the casting. Giulietta Masina plays Juliet, a chain-smoker with a trim little haircut and an understated wardrobe. Sandra Milo plays her neighbor Suzy, dressed flamboyantly in tight colors, feather boas, and necklines that flaunt her charms. In “8 1/2,” about a harassed and philandering movie director, the wife is also a chain-smoker with a trim haircut–and the mistress is played by Sandra Milo, who looks exactly as she does here. In “8 1/2,” the director has a daydream in which in which his wife and mistress are friends who share in his care and feeding. In “Juliet of the Spirits,” Fellini seems to be suggesting that if only his wife were more like this pneumatic sex toy, she would be happier. Our conclusion: She might not be happier, but her husband certainly would be.

The movie is generally considered to mark the beginning of Fellini’s decline. Some feel his great days came in the 1950s, with the neorealism of “La Strada” (1954). International success came to him with “La Dolce Vita” (1959) starring Marcello Mastroianni in his first great role as a journalist who tries to balance his job, his marriage, his mistress, his erotic daydreams and his vague ambitions. I think it’s Fellini’s best movie; others would argue for “8 1/2” (1963), which is about a director trying to make a movie despite personal, professional and health problems. By the time of “Juliet of the Spirits,” the conventional view has it, Fellini was on autopilot, using his waltzing camera and jolly Nina Rota scores to recycle his phantasmagorical visions of human grotesques on parade. The only later film widely admired is “Amarcord” (1974).

Sometimes, however, you get your best look at an artist’s style when he’s indulging it. “Juliet of the Spirits,” Fellini’s first film in color, is the work of a director who has cut loose from the realism of his early work and is toying with the images, situations and obsessions that delight him. It is well known that young Federico experienced some kind of psychic fixation during his first visit to the circus, and all of his films feature processions or parades. It may not be too much to suggest that the sight of bizarre characters walking in time to music has a sexual component for Fellini, who almost always composes the scenes the same way: Characters in background and middle distance walk in procession in time with one another, and then a foreground face appears in frame, eager to comment.

In “Juliet,” one of the most delightful parades occurs on the seaside, where plain Juliet has gone with her sisters and their children. Across the sand, she sees Suzy in procession with her friends, admirers, servants and followers, dressed in bright yellow, protected by gaudy parasols, setting up a tent on the sand, beckoning invitingly to her. Later, when Juliet visits her neighbor to return her strayed cat, Suzy shares her philosophy: Marriage is a life sentence for a woman, Juliet should indulge herself with one of the boy-toys Suzy can make available, her husband is not worth fretting over, etc. Suzy’s home includes a chute that leads straight from her bed to a swimming pool, and a treehouse with an electric hoist that hauls up her lovers in a wicker basket.

Suzy’s lifestyle may or may not be the answer to Juliet’s concerns, but her home certainly looks like a bordello that Fellini might like to visit. Juliet’s liberating experiences also include a seance with a medium (this is an echo from La Dolce Vita), and fears of liturgical punishment (the fearsome nuns in one scene echo the stern priests of “8 1/2,” and both appear in flashbacks to childhood). What Fellini is doing, not subtly, is returning to his earlier films for images which he now applies to a heroine instead of a hero.

Giulietta Masina was a wonderful actress (see “La Strada” and “Nights of Cabiria”) but is it my imagination, or does she seem unhappy throughout much of “Juliet of the Spirits?” Masina and Fellini were said to be going through a difficult season of their marriage as the film was made (international fame had transformed Fellini from a hard-working Italian director to a star who welcomed his new privileges with open arms). Certainly Fellini does not present her as someone it would be fun to be married to. She’s a house-proud little bourgeois Hummel figurine, meek, frumpy, sexually timid. As Juliet makes her way through scene after scene of harem fantasies and busty tarts on parade, she looks like nothing more than an unwilling housewife dragged by her husband to a strip show he is sure they will both enjoy.

This perception of Giuiletta/Juliet’s withdrawn unhappiness adds a melancholy undertone to the movie. She’s the party pooper. What was she thinking while she made the film? That first her husband flaunts his taste in grotesque eroticism, and then expects his wife to star in a movie where she’s surrounded by it? The movie’s last shot shows Juliette leaving her storybook home and walking off toward the nearby woods. The director and his wife argued about the meaning of this scene. To Fellini, this meant she was free. To Giulietta Masina, we learn, it meant that she was alone, abandoned and lonely.

This subtext makes the movie more interesting than it would have been if Fellini had been more in control of his fugitive thoughts and impulses. And it never less than dazzling to look at. It’s all pretty pictures and the music of that promenading camera. In any Fellini picture and especially those from “La Dolce Vita” onward, characters seem to glide as if moving to unheard music. In fact, they were. Fellini, like all Italian directors of his time, did not record live sound on his sets, but dubbed all the dialog and sound effects later. That meant he was essentially making silent films, and he always had an orchestra or a record-player on the set to play music, instructing his actors to walk in time. The Nina Rota scores often sound like dance music, and frequently quote old standards; the result is a film that sometimes seems on the brink of bursting into a musical.

After “Juliet,” Fellini made “Fellini Satyricon” (1970). Now that both of these movies have been re-released in newly mastered and restored 35mm prints, we can see him as the master of his canvas. He was a storyteller early in his career, but became a painter of moving images, and those who fixate on plots or messages are hunting in the wrong field. “Juliet” movie was released in America in 1966, and some audiences no doubt attended in an expanded state of consciousness. They were in the right show: A head trip, as they said. Seen in 2001, when the party is long over, it’s like a streamer from last summer’s dances: Still bright, still gaily waving to echoes of forgotten music.

Fellini was nominated for 12 Academy Awards, but never won one. In 1993, he was given an honorary Oscar, presented by old friends Marcello Mastroianni and Sophia Loren, and as he accepted it Giulietta wept happily in the front row. He died in October of that year. She survived him by five months. – Roger Ebert 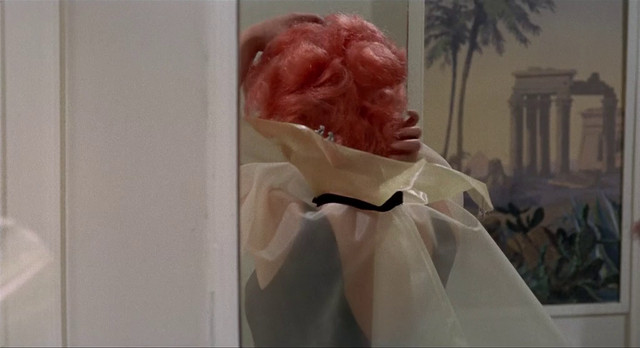 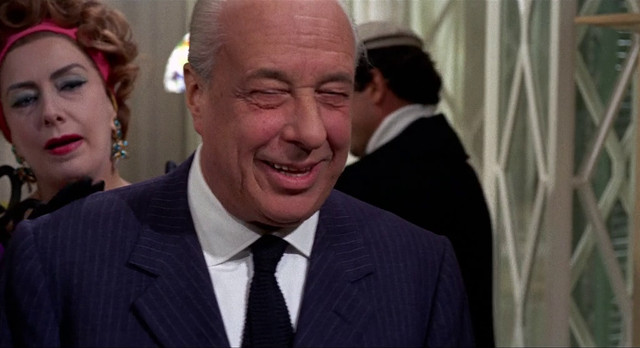 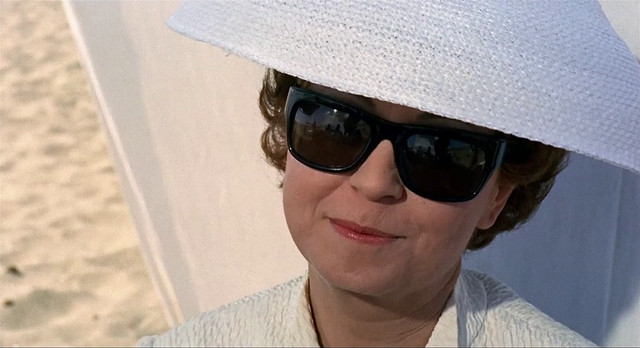 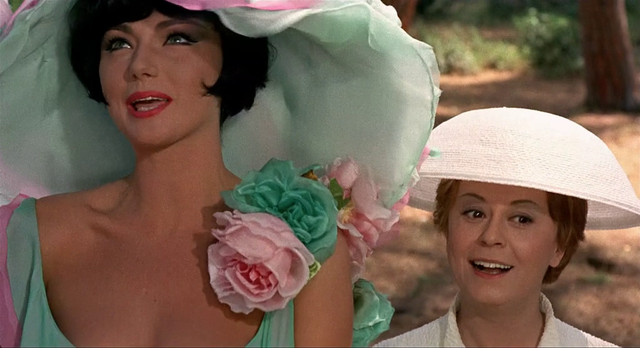 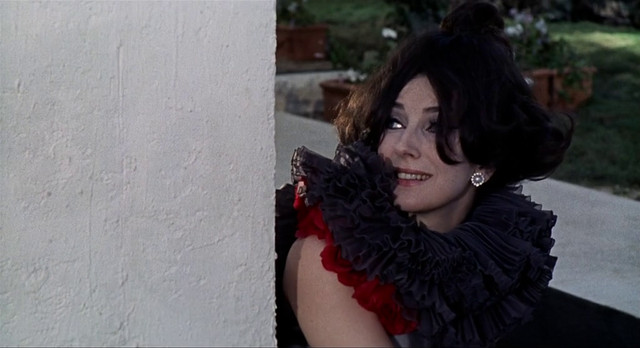 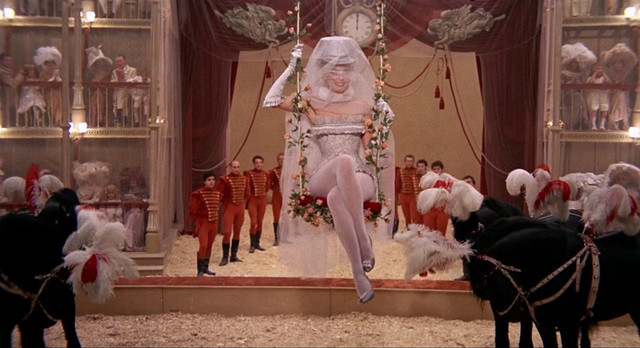 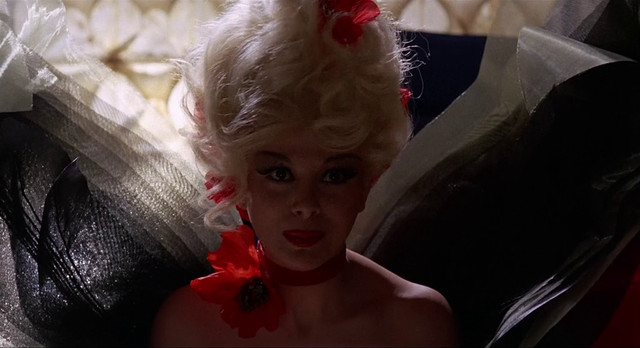 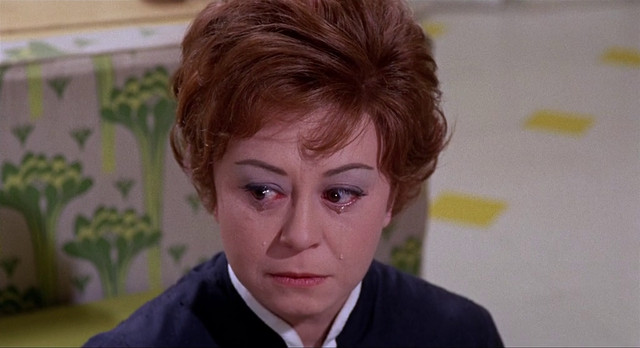